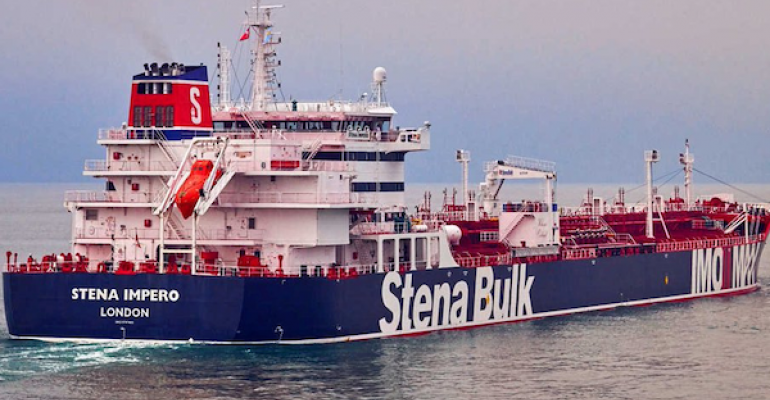 “Freedom of navigation is vital for global trade and is a fundamental principle of international maritime law. Seafarers and ships must be allowed to operate in safety, and it is simply not acceptable for them to be used as bargaining counters in any way,” said Guy Platten, secretary general of ICS.

The British-flagged Stena Impero, owned by a Swedish company with a multinational crew, and has been detained illegally while transiting an international strait. The situation is requiring a diplomatic solution in order for business to return to normal as soon as possible.

Martin Dorsman, secretary general of ECSA, commented: “Merchant vessels engaged in international trade should not be subject to unlawful seizures or armed attacks. The Strait of Hormuz is an important route for European merchant vessels and we strongly urge EU member states to work with Iranian authorities to de-escalate the situation in order to safeguard this vital passageway.”

Ang Chin Eng, secretary general of ASA, added: “The Strait of Hormuz is the only route in and out of the Gulf, and one of the critical shipping lanes for Asian countries that also connects Europe and Asia. We therefore urge all countries to completely secure the safe passage by respecting the freedom of navigation and the right of innocent passage as enshrined in the UNCLOS, and to push for a complete de-escalation of tensions in the region.”

ICS, ECSA and ASA pointed out that all countries should ensure the safe passage of merchant vessels, by respecting the Freedom of Navigation enshrined in Article 87(1)a and the Right of Innocent Passage defined in Article 19 of the 1982 United Nations Convention on the Law of the Sea (UNCLOS).

The three shipping associations said they will continue to work with all relevant authorities to ensure the safety of merchant shipping.

The Stena Impero and its 23 crew members remain in the south of Iran, anchored at Bandar Abbas port.