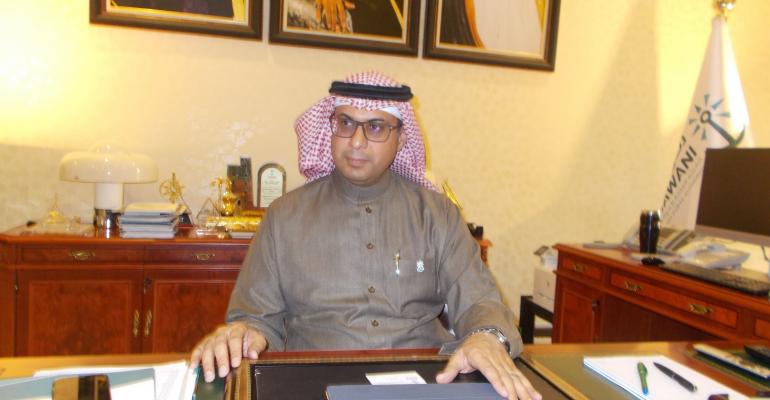 Mawani president, Eng Saad Abdulaziz Alkhaib
Foreign shipping agencies will soon have the right to operate independently at Saudi Arabian ports, rather than having to work with a local investor.

The move follows the plans of the Saudi Ports Authority - SPA, or ‘Mawani’, as it is better known after its branding in 2016 - to privatise the kingdom’s ports, and could prove particularly attractive to Gulf-based shipping operators.

Although SPA was launched in 1976 to oversee four ports, it currently boasts nine commercial and industrial ports with 252 berths, and an annual cargo-handling capacity of 615m tonnes. Container-handling capacity to the tune of 15m teu has been created, though the current throughput is 6.5m teu.

“Saudi’s port privatisation initiatives were launched in the 1990s, and matured in 1997 with the acceptance of the international principle that the owner of the land does not operate the terminals on it,” says Mawani’s president, Eng Saad Abdulaziz Alkhaib.

“So the idea of privatisation is not new to Saudi, but it was restricted to concession agreements. Most of those concession agreements are expiring between now and 2021. We are restructuring those agreements with the help of transactional, legal and financial advisors to encourage operators to bring in more business and to invest in business-enhancing operational technologies.”

Saudi Arabia’s network of nine ports is currently undergoing major expansion. The government is undertaking a multitude of large investments in transportation infrastructure, with new projects such as the Saudi Rail-Roads Expansion, as well as substantial investments from the private sector such as the upgrade of Jeddah Islamic Port and Dammam Port, and the new economic cities.

Mawani’s port privatisation plans are part of 14 public-private partnership investment initiatives announced in April 2018, with a view to improving efficiency and running the ports on a commercial basis. These initiatives are worth up to SAR28bn ($7.46bn), and could create 12,000 jobs and generate up to SAR40bn ($11bn) in non-oil revenue. “In addition, tariffs are being restructured to make Saudi’s ports more attractive to international shipping lines to make direct calls, instead of using feeders from some other ports in the Arabian Gulf,” says Alkhaib.

Apart from the meteoric rise of the privately owned King Abdullah Port, which has earned for itself the 78th spot among the world’s top 80 ports, Yanbu Commercial Port grew by 45% in 2018, handling a total of 3.97m tonnes of cargo, up from 2.72m tonnes during 2017.

Mawani also has plans to effect a change in shipping licences, to attract foreign investment. These have not yet been widely publicised, but the first licences for foreign-owned shipping agencies could be issued some time this year.

“A directive from the Kingdom’s Ministry of Commerce and Investment to Mawani in August 2018 stated there is now no legal objection to granting foreign investors shipping agency licences,” says Alkhaib.

Foreign investors are being encouraged to come into Saudi Arabia and take over the operations of its ports and agency services. Ship agency services have been freed from the restriction of being handled only by 100% Saudi owned companies or by a Saudi national. The only things that foreigners cannot apply for are Customs clearance (due to security reasons) and supplying fuel to vessels.

“International companies could now have their own independent licences,” says Alkhaib. “At the moment, a few companies have a monopoly in the Kingdom; that will potentially change.”

With over $10bn being invested on beefing up the roads, rail and port infrastructure over the next decade, and several Saudi ports in the process of being privatised, there is bound to be substantial international investment and a big improvement in cargo throughput by the terminal year of the Vision 2030 plan.