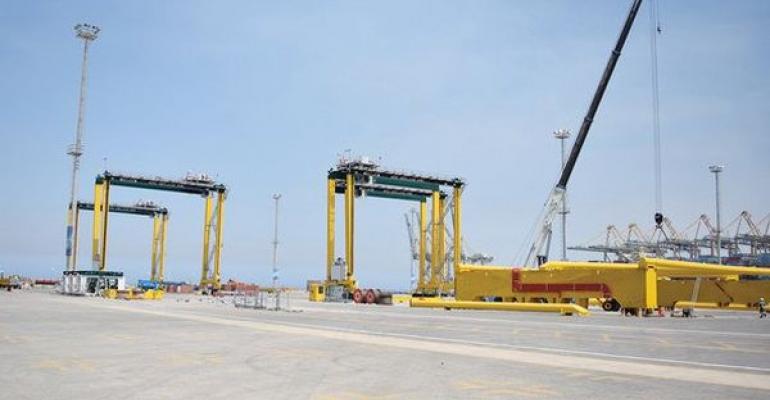 The cranes are currently being assembled and they are expected to start operating at the beginning of next year as part of the first phase expansion of the container terminals, serving trade movement in Saudi Arabia and the Red Sea.

The new cranes include 20 gantry cranes and eight ship-to-shore (STS) cranes, with an outreach of 70 metres on 25 rows, with the capability to serve mega-sized containerships.

The gantry cranes can handle seven containers’ height and are characterised by a unique eight-rope reeving system as well as built-in, anti-sway and anti-skew features for rigidity and optimum productivity.

KAP was ranked the second fastest growing port in the world in 2018 by analyst Alphaliner. The port saw its throughput increased from 1.7m teu in 2017 to 2.3m teu in 2018.

KAP, which is still expanding under seven phases of development, will be able to handle 20m teu, 1.5m ceu, and 15m tonnes of clean bulk cargo every year, once fully built.

Strategically located on the Red Sea coast on one of the world’s busiest maritime shipping lanes and with direct access to extensive transportation networks and urban centers, KAP is the first privately owned, developed and operated commercial port in Saudi Arabia and the region.