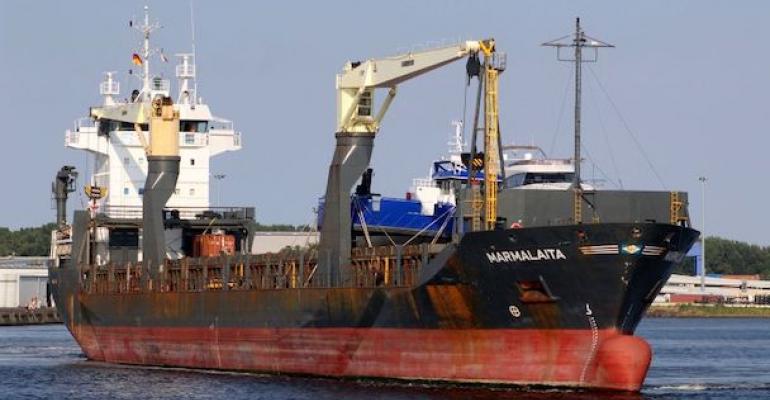 Pirates have kidnapped 17 crew members from two ships - one German and one Greek owned - at Douala anchorage off Cameron.

Eight seafarers were abducted from Germany's MC-Schiffahrt vessel and another nine were taken from a Greek-owned vessel.

MC-Schiffahrt confirmed that its multipurpose vessel MarMalaita was attacked by pirates on the night of 14 August on the anchorage of Douala, Cameroon.

“A group of pirates boarded the vessel and abducted eight of our 12 crew members from the vessel,” MC-Shiffahrt stated on its website.

“We have assembled our emergency response team and are doing utmost to deal with the case, in cooperation with all relevant authorities and crew managers,” the company said.

In a separate incident that happened on the morning of 15 August, nine crew were abducted by pirates from a Greek bulk carrier also anchored at Douala. There were a total of 21 crew members onboard the bulker.

Read more: Pirates kidnap 10 seafarers from Turkish cargoship in the Gulf of Guinea