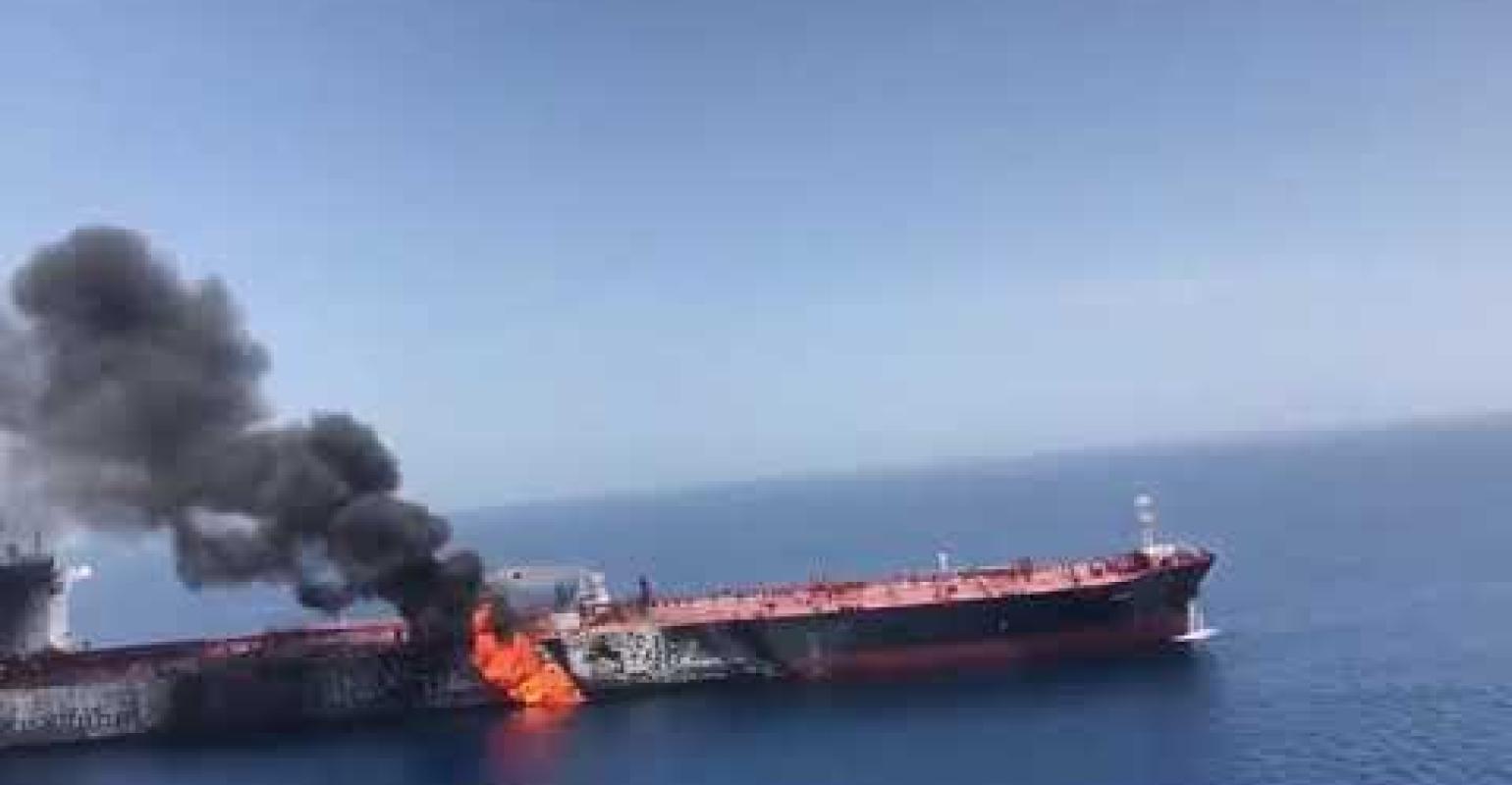 A return of the 'tanker wars'?

Last week’s tanker attacks in the Gulf of Oman have raised the spectre that there could be a repeat the 1980’s “tanker wars” in the region.

Following the attacks on the Front Altair and the Kokuka Courageous it comes as little surprise to learn that brokers said owners are adopting a cautious approach to taking new fixtures in the Middle East Gulf.

“Tanker owners and charterers alike are observing the situation before they commit to more cargoes and ships in the region,” Poten noted in its weekly report.

Gibson’s in its weekly report commented: “As one of our brokers has so eloquently put it – ‘If in doubt - do nothing’. A strategy which it seems likely will be commonplace amongst the shipping community over the coming days.”

Frontline, the owner of the Front Altair, says it is exercising extreme caution about new contracts in the region. “Until further information is received regarding the cause of the explosion and the security of this important shipping lane is secured, Frontline will exercise extreme caution when considering new contracts in the region and the company will consider all possible measures to insure the safety of our vessels currently operating in the area.”

With rising regional tensions, and tankers now having been the subject of attacks twice in the space of month it raises concerns of a repeat of the situation in the 1980’s in the Iran – Iraq war where both sides deliberately targeted commercial shipping traffic.

The situation today is different from the 1980’s and there is not a war between Iran and Iraq or other countries in the region. Poten noted that the destination for cargoes had also changed from primarily the US and Europe to 80% of export from the Middle East Gulf heading to China today.

“This raises the question of how the Chinese government will react to potential supply disruptions from the region since they have a lot at stake,” Poten’s report said.

It also noted similarities in the situation to the 1980’s as well. “The regional rivalries between Iran and countries like Kuwait and Saudi Arabia are still there. The government of the US and Iran eye each other with suspicion. And last but not least, the tanker market, which was in the middle of the worst depression in its history in the mid-1980s, is again in dire straits.”

With geo-political tensions running high and the US pointing the finger at Iran it remains to be seen what happens next. Hopefully as Bimco called for last week the nations involved will seek to co-operate and de-escalate tensions and we will not see a repeat of the 1980’s tanker wars putting the lives of thousands of seafarers in peril.