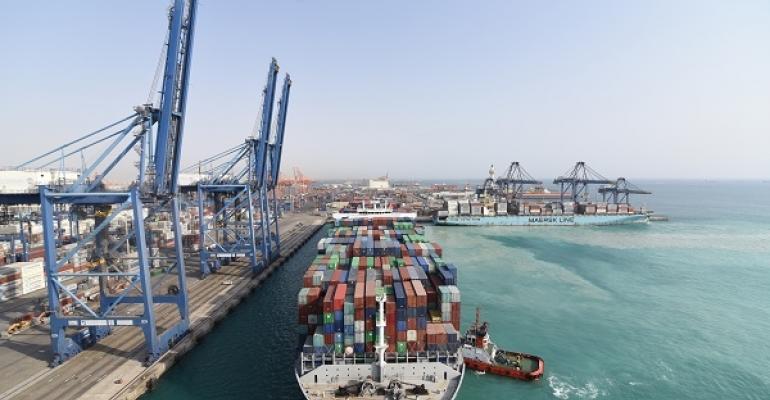 The largest terminal operator at Jeddah Islamic Port (JIP), Red Sea Gateway Terminal (RSGT), is increasingly confident that its goal of taking over the management and operation of JIP’s North Container Terminal (NCT) could come to fruition early next year.

Jens Floe, ceo of RSGT, said told Seatrade Maritime News yesterday that he expected the negotiation phase of the new NCT concession to be concluded in the ‘next six months,’ meaning that the terminal operator hopes to commence work at the facility as early as next year.

“We signed an MOU with the Saudi Ports Authority (Mawani) one-and-a-half months ago, to take over NCT and consolidate the whole north end of the port by January 2020. The negotiations on the concessions have not been finalised yet. We have taken a good first step for forwarding the Saudi Port Authority (Mawani’s) masterplan for consolidation [at Jeddah Islamic Port],” Floe said on the sidelines of the Saudi Maritime Congress in Riyadh.

“The government wishes to consolidate the number of operators.”

Today, Gulf Stevedoring and Contracting Co. (GSCCO) oversees operations at NCT, and any move by RSGT to unseat it would mean that its business would inevitably be downsized to a remit to manage Jubail Commercial and Industrial Ports alone, bringing to an end its multi-facility role on the kingdom’s east and west coasts. Gulftainer of the UAE took a 51% stake in GSCCO in 2013.

In a 28 January press release, RSGT said it would, as set out in the MOU, “consolidate the container facilities in northern part of Jeddah port and execute a comprehensive development plan upgrading and adding berth capacity, while modernizing yard and all support facilities, including RSGT’s existing terminal.”

“This will create a world-class facility capable of serving the important local market, while also catering for the growing regional transshipment trade in line with key Vision 2030 objective of making the Kingdom a key logistics player in the region,” the RSGT press release continued.

Competition for assets and business is hotting up on the Saudi west coast, as the rivalry between JIP, the main west coast import-export gateway, and King Abdullah Port (KAP), Saudi Arabia’s second largest facility by throughput last year, intensifies. While KAP claims to be the kingdom’s transhipment hub of choice, RSGT maintains that its own transhipment business is bigger than KAP’s today.

Saudi Transport Minister Nabil Al Amoudi told Seatrade on Day One of SMC that a marked rise in imports and transhipment had taken place on the west coast, with transhipment specifically increasing significantly. He said that this was due to JIP and KAP's natural geographic location, adjacent to centers of consumption, industry and development.

“This came as a surprise to us,” a GSCCO official told Seatrade at SMC, directly addressing what he regards as RSGT’s aggressive designs on NCT. “We are not in a position to comment further.”