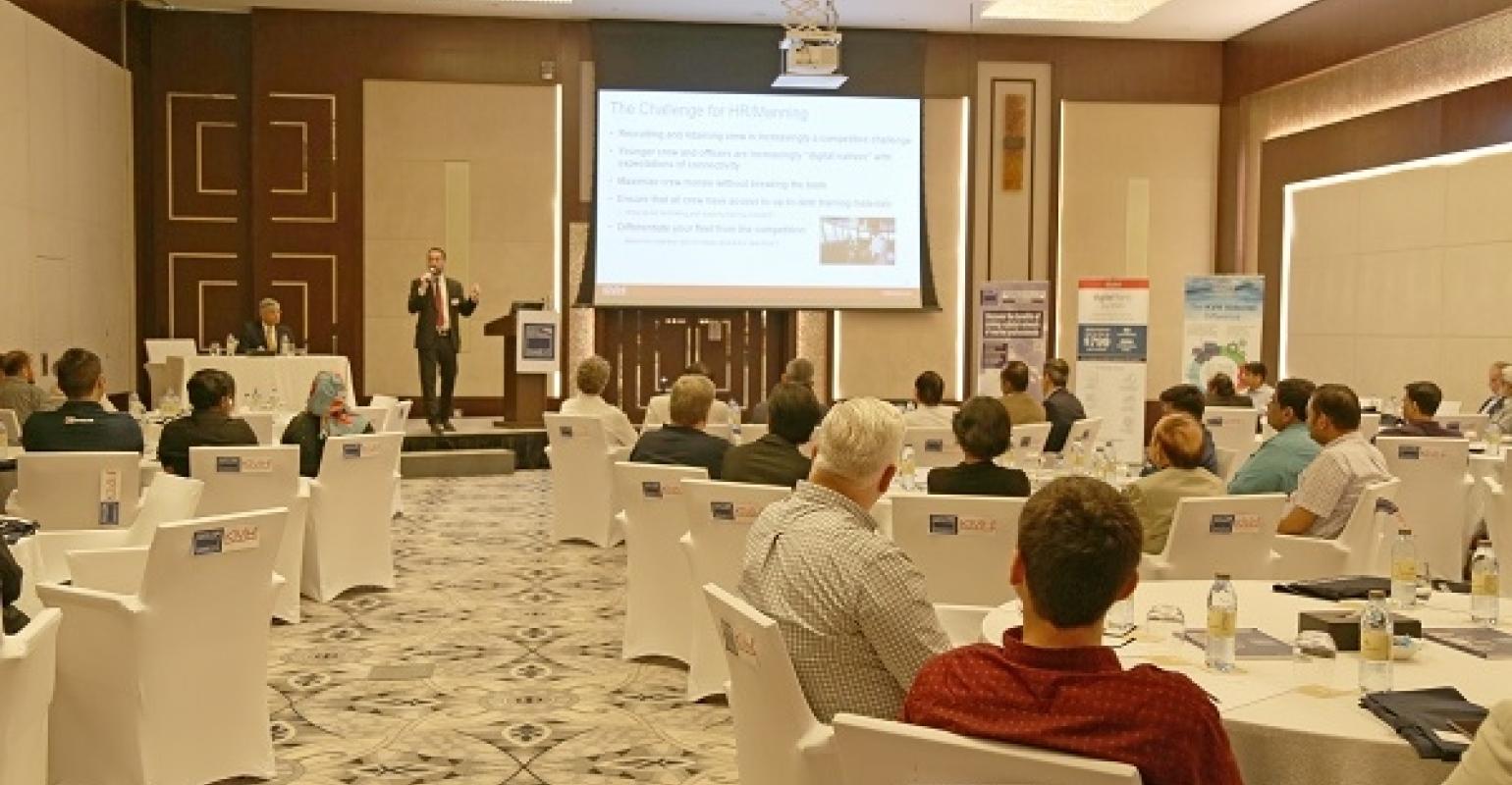 Shipping sticks out 'like a sore thumb' in the connected world

Shipping increasingly “sticks out like a sore thumb” in the connected world, but maritime communications executives believe this will change in the short term.

A recent technical meeting of IMarEST UAE Branch focused on Digital Connectivity and Training looked at the current state of communications in the maritime industries and where it was headed.

Rob Parkin, director of sales – Commercial Maritime EMEA for KVH told teh audience that there were still less than 10% of ships having VSAT and that 40,000 plus were still using limited bandwiths, despite the large scale adoption of broadband ashore.

Parkin explained that shipping stuck out like a sore thumb in an increasingly connected world for its reluctance to embrace modern technology, even where this is paying dividends in parallel industries.

However, while uptake has been slow to date with the industry being hesitant due to uncertainty he and his colleague Milind J Karkhanis, sales director - Middle East for KVH, believed the industry would become better connected in the short term.

Parkin highlighted that that the demand for maritime connectivity was growing due to the convergence of several key market drivers such as operational efficiency, regulatory mandates, crew welfare, and cost savings.

One of the areas where satcoms has been at the fore in maritime is in online training. Karkhanis said KVH has delivered 100 million plus training hours to date and was now moving in the area of virtual reality training where three-dimensional training can be undertaken in environment inspired by virtual reality gaming. This enables seafarers for example to experience the engine room onshore in a safe “sand box” where mistakes could be made.