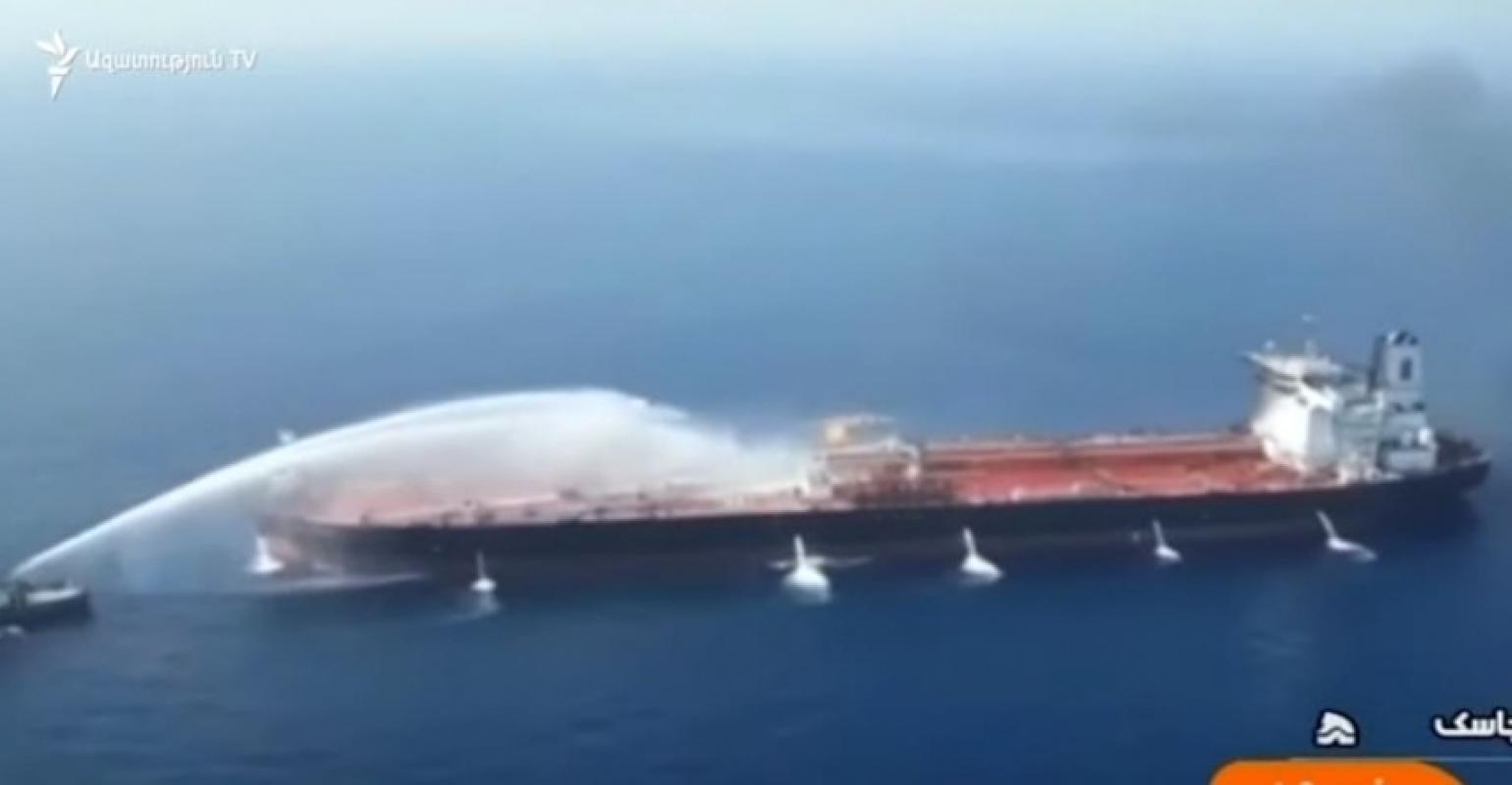 The Bernhard Schulte chemical tanker Kokuka Courageous, attacked in the Gulf of Oman on Thursday, is being towed towards Khor Fakkan, UAE, with its crew back on board.

The 2010 built, 27,000 dwt chemical tanker was one of two vessels attacked in the Gulf of Oman on Thursday morning along with 2016-built Frontline aframax, Front Altair, forcing the crews of both vessels to evacuate.

Bernhard Schulte Shipmanagement (BSM) said the Kokuka Courageous was now undertow and headed towards Khor Fakkan having sustained damage to the vessel’s starboard side. The manager said the vessel was stable and there was no loss of cargo or danger of sinking.

The 21 crew of the Kokuka Courageous abandoned ship after the attack and were rescued by the US warship USS Bainbridge and the merchant vessel Coastal Ace which were in the vicinity. US Navy personnel attending to seafarers from the Kokuka Courageous (Photo: US Navy)

“With the assistance of the US Navy our crew have now returned to the Kokuka Courageous and have restored emergency power on-board,” BSM said.

The exact cause of the attacks on the Kokuka Courageous and Front Altair remain unknown with the US blaming Iran, and Iran saying the accusations are unfounded.

Speaking at press conference in Tokyo president of the vessel’s owner Kokuka Sangyo Co, Yutaka Katada, said: "The crew told us something came flying at the ship, and they found a hole. Then some crew witnessed the second shot."

Katada said there was no possibility that the ship, carrying 25,000 tons of methanol, was hit by a torpedo, Reuters reported.

Meanwhile the US Navy has published video which it says shows an Iranian patrol boat removing an unexploded limpet mine from the Kokuka Courageous.

Watch: US Navy video of Iran vessel removing limpet mine from Kokuka Courageous