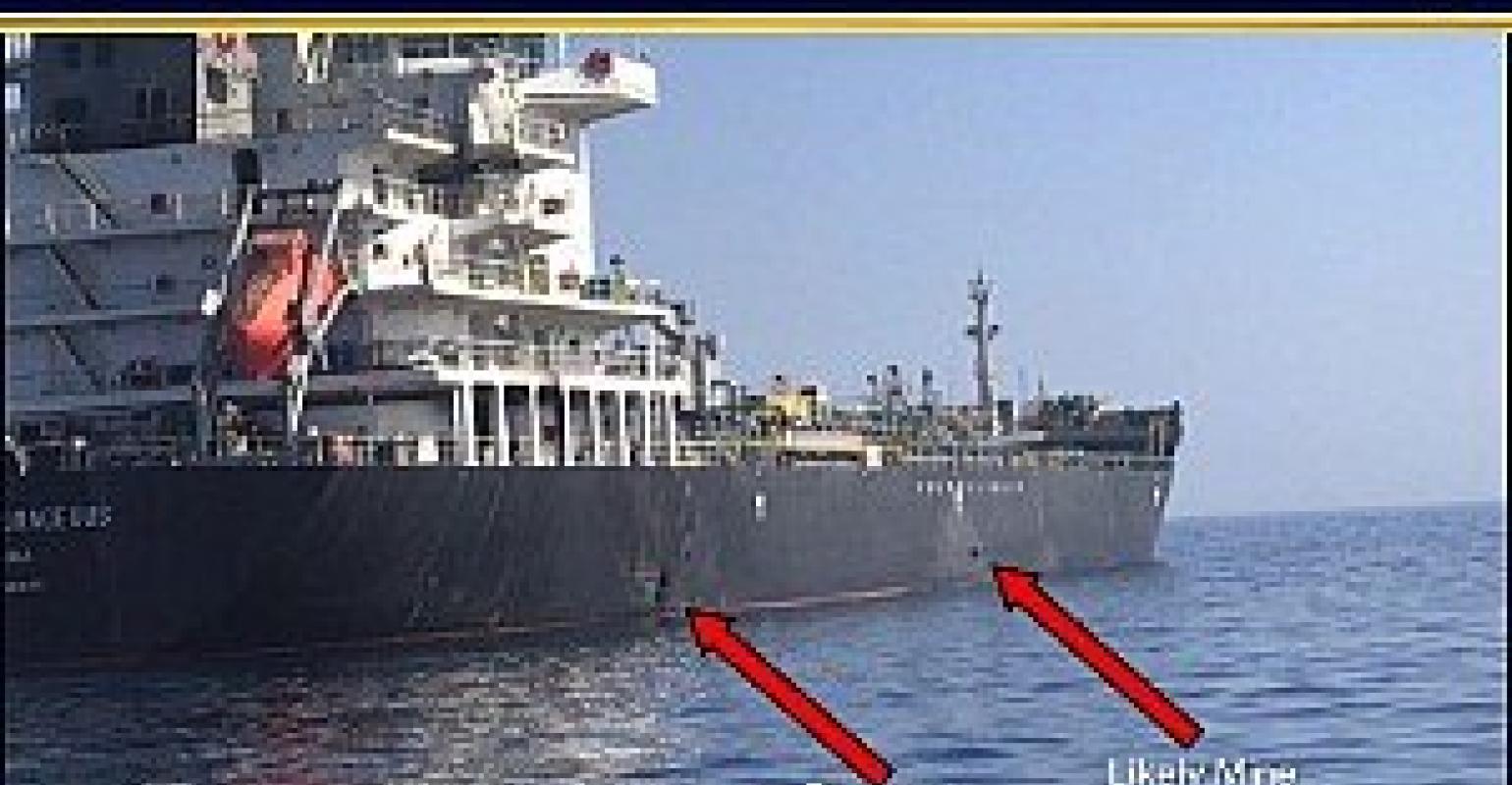 190613-N-N0101-116 GULF OF OMAN (June 13, 2019) In this Powerpoint slide provided by U.S. Central Command damage from an explosion, left, and a likely limpet mine can be seen on the hull of the civilian vessel M/V Kokuka Courageous in the Gulf of Oman, June 13, 2019, as the guided-missile destroyer USS Bainbridge (DDG 96), not pictured, approaches the damaged ship. Sailors aboard Bainbridge aided the crew of Kokuka Courageous. Bainbridge is deployed to the U.S. 5th Fleet areas of operations in support of naval operations to ensure maritime stability and security in the Central Region, connecting the Mediterranean and Pacific through the western Indian Ocean and three strategic choke points. (U.S. Navy photo/Released)

Watch: US Navy video of Iran vessel removing limpet mine from Kokuka Courageous

US Navy says an Iranian patrol vessel removed an unexploded limpet mine from the chemical tanker Kokuka Courageous following an attack on it and another tanker Front Altair in the Gulf of Oman on Thursday.

It was originally reported that the two vessels had been hit by torpedoes but the video points to a different method of attack.

The Kokuka Courageous is now under two to Khor Fakkan, UAE with its crew back onboard following their evacuation with the help of the USS Bainbridge and the merchant vessel Coastal Ace.

Following the attacks the US Navy stated: “The US and our partners in the region will take all necessary measures to defend ourselves and our interests. Today's attacks are a clear threat to international freedom of navigation and freedom of commerce.

“The US and the international community, stand ready to defend our interests, including the freedom of navigation.”

The US has blamed Iran, and Iran says the accusations are unfounded.