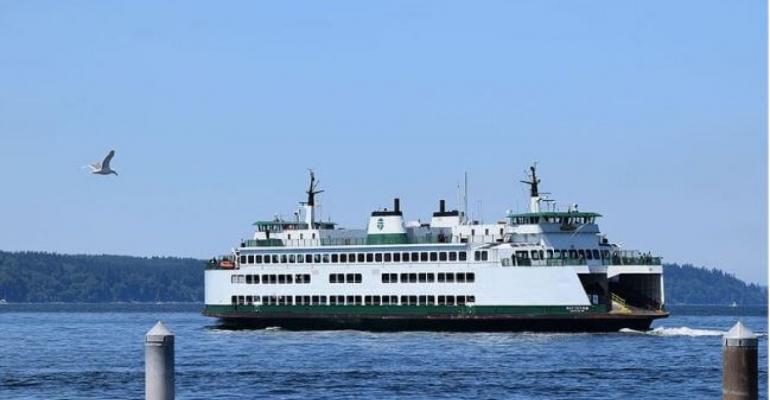 “Passenger ferry safety shouldn’t depend on the destination”. As a mission statement or declaration of good intentions, it would be difficult to argue with these words.

Sadly, in quite a lot of the world, it amounts to wishful thinking, with a combination of poverty and a dependence on decrepit, badly run craft,  killing and injuring a worrying number of ferry passengers each year.

Politics, pride and matters of “sovereignty” invariably intrude in issues of what are predominantly accidents involving domestic craft. No government will willingly admit that the lives of their citizens are less important than those of better-off countries, even though the statistics of ferry casualties emphasise that this is an undeniable fact. Accordingly, tact and diplomacy are watchwords when suggesting that international expertise and assistance might possibly help to reduce the numbers of passengers dying and injured in these seemingly regular tragedies.

The ferry operators’ organisation Interferry has attempted to spread better safety practice into those parts of the world where most accidents take place for some years. Quite recently, a major breakthrough took place at the IMO, when it was agreed that a more positive approach will be taken to produce model regulations that can be applied to non-SOLAS domestic ferry operations.

There is no mystery about why so many people in the developing world die in ferry accidents. Unsuitable or badly maintained craft, overloading, pressure to sail in adverse weather conditions and an absence of adherence to safety regulations are contributors, as is the lack of trained personnel and properly supervised terminals. It isn’t helped that developing nation ferry operators use ships that are approaching the end of their lives, passed on and even donated as aid by wealthier countries and which their new operators are unfit to operate and lack the money to maintain. It would be possible to design ferries that would be far safer, but where is the money going to come fron?

It is possible to improve ferry safety in these accident “hot spots” and the Philippines has managed to change its reputation as a country with the world’s worst safety record, to one where the global average obtains. Earlier this year an Interferry study mission went to Manila and Cebu to see what lessons could be learned from this dramatic improvement. The members of the mission talked to a broad group of stakeholders, from operators to shipbuilders , regulators to passengers and while there is no single reason for the change, it was possible to identify a number of important factors.

Importantly, there was an intolerance, at government level, of the status quo and an acceptance of the need for more stringent regulations, both regarding the operation of ships and their maintenance, along with the ferry terminals themselves. The value of insurance and insurance surveys was recognised. And in severely practical terms, the implementation of a “no-sail” policy was agreed, effectively preventing ships sailing off into deteriorating weather conditions, something that had been at the root of some of the worst accidents in the past.

Interferry and some notably supportive IMO member states, such as China and the Philippines itself , will now hope to see some of the practical and “do-able” lessons from these improvements shared with other developing countries.

Because the ferry accidents are still happening. Ancient and unsuitable inter-island craft drowned their occupants in two separate accidents in the western Pacific recently, when weather, or overloading (the cause is yet to be determined) overwhelmed them. Crews of ferries seem often powerless to prevent desperate would-be passengers from getting on board, whether they have a ticket or not, in chaotic terminals. Passengers themselves have been known to threaten a cautious captain to demand that he takes them to sea, when he would rather stay safe in port, with a storm approaching. And in so many places, a lack of resources means that the passengers have no alternative than the poorly maintained, ancient craft that will take them on their regular but essential journey.

Safety really shouldn’t depend on the destination. But sadly, it still does.