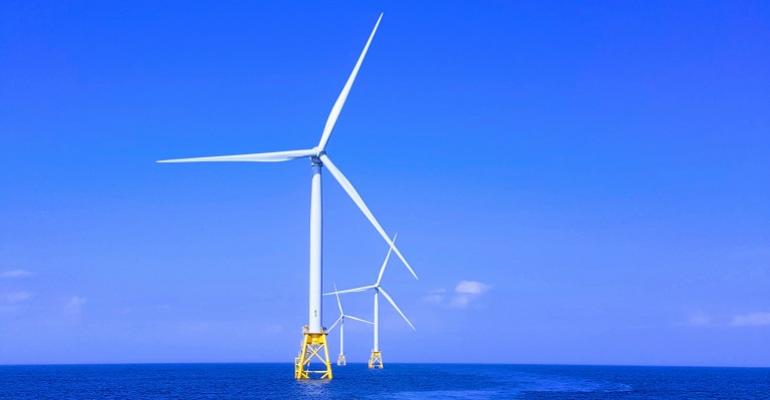 The Saint-Nazaire Offshore Wind Farm was under development for nearly a decade and is situated off the coast of Brittany in north-western France consisting of 80 turbines.

About 100 people will continue to be employed at the site to help ensure the operation and maintenance of the wind farm.

The project is co-owned by EDF Renewables and EIH Sarl, a subsidiary of Canada’s Enbridge Inc ENB.TO, and CPP Investments. Enbridge is a partner in three other French wind projects currently under construction. French shipyard and infrastructure builder Chantiers de l'Atlantique worked with General Electric Renewable Energy for the construction of the nacelles, the electrical substation, and the structures for the wind farm.

French President Emmanuel Macron has emphasized the importance his government places on wind energy as part of France’s long-term strategy. By 2030 the goal is for France to generate a third of its energy from wind power. Macron has promised to cut the bureaucracy required in the development of wind projects to speed their deployment. France is also supporting the development of new wind technologies, including one of the first to explore floating wind turbines.

This first wind farm is part of the EDF Group's strategy to double its net capacity of global renewable energy to reach 60 GW in 2030. The company is also participating in France’s National Low-Carbon Strategy, which aims to achieve carbon neutrality by 2050 through energy conservation, nuclear power, and the acceleration of renewables