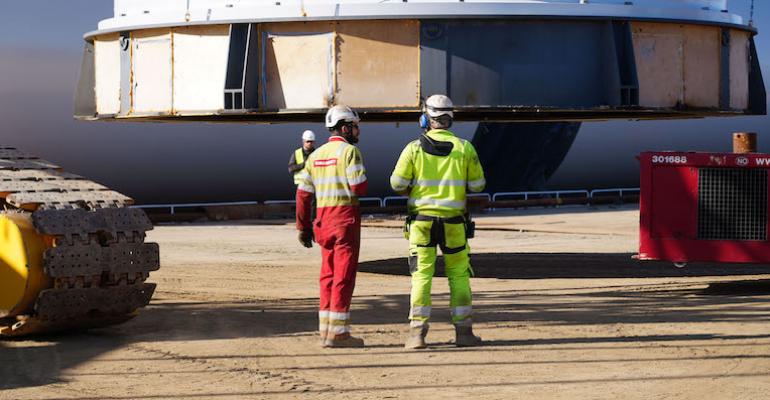 Menon Economics, an Oslo consultancy, has forecast that floating offshore wind could create more than 50,000 new jobs and win a 5-14% share of the global floating market by the middle of the century.

However, to achieve these aims, the sector urgently needs ‘clarification’ on a range of legal and financial issues.

Arvind Nesse, Head of Norwegian Offshore Wind, one of Norway’s largest industry bodies with 366 members, noted that the country’s expertise in offshore wind is a result of its experience in oil and gas which, he said, had given the offshore wind supply industry a head start.

“We are already well-equipped, and in the process of a competence transfer,” he declared. “It is great to see that this report shows such a large potential in employment.”

With a formidable track record of developing oil and gas reserves in some of the world’s most hostile waters, Norwegian energy companies are well-placed. And the state energy firm, Equinor, is a leading player in the floating wind sector. However, there is frustration over the pace of development against a regulatory backdrop that is considered by many as less than helpful.

The Government announced recently that the country’s Offshore Energy Act would require amendment before new areas of fixed-bottom and floating capacity could be released. However, no timetable for the legislative revisions or the tendering process is thought to have been drawn up so far.

Equinor is ahead of the game, however, with the world’s largest floating offshore wind farm, Hywind Tampen, due on stream later this year. The first of 11 floating turbines for the 88MW facility has now been assembled at the Wergeland base in Norway and the units will be towed to the North Sea area within the next few months.

Meanwhile, the energy giant has a keen eye on opportunities overseas. It was Equinor that installed the world’s first floating turbine at the 30MW Hywind Scotland facility in 2017.

In April, the company revealed a new partnership with Spanish energy multinational, Naturgy, in advance of Spain’s 2023 wind auction for areas off the coast of the Canary Islands. Deep waters there are likely to require floating technology as the country aims to develop up to three gigawatts of capacity by 2030.

Commenting on the new setup, Equinor said: “The cooperation is in line with the two companies’ joint ambition of utilising their complementary capabilities to develop renewables in Spain, starting with commercial floating wind projects. With more than 90% of Spanish offshore wind areas being deep waters, Spain has an exciting opportunity to spearhead the next wave of floating offshore wind in Europe.”