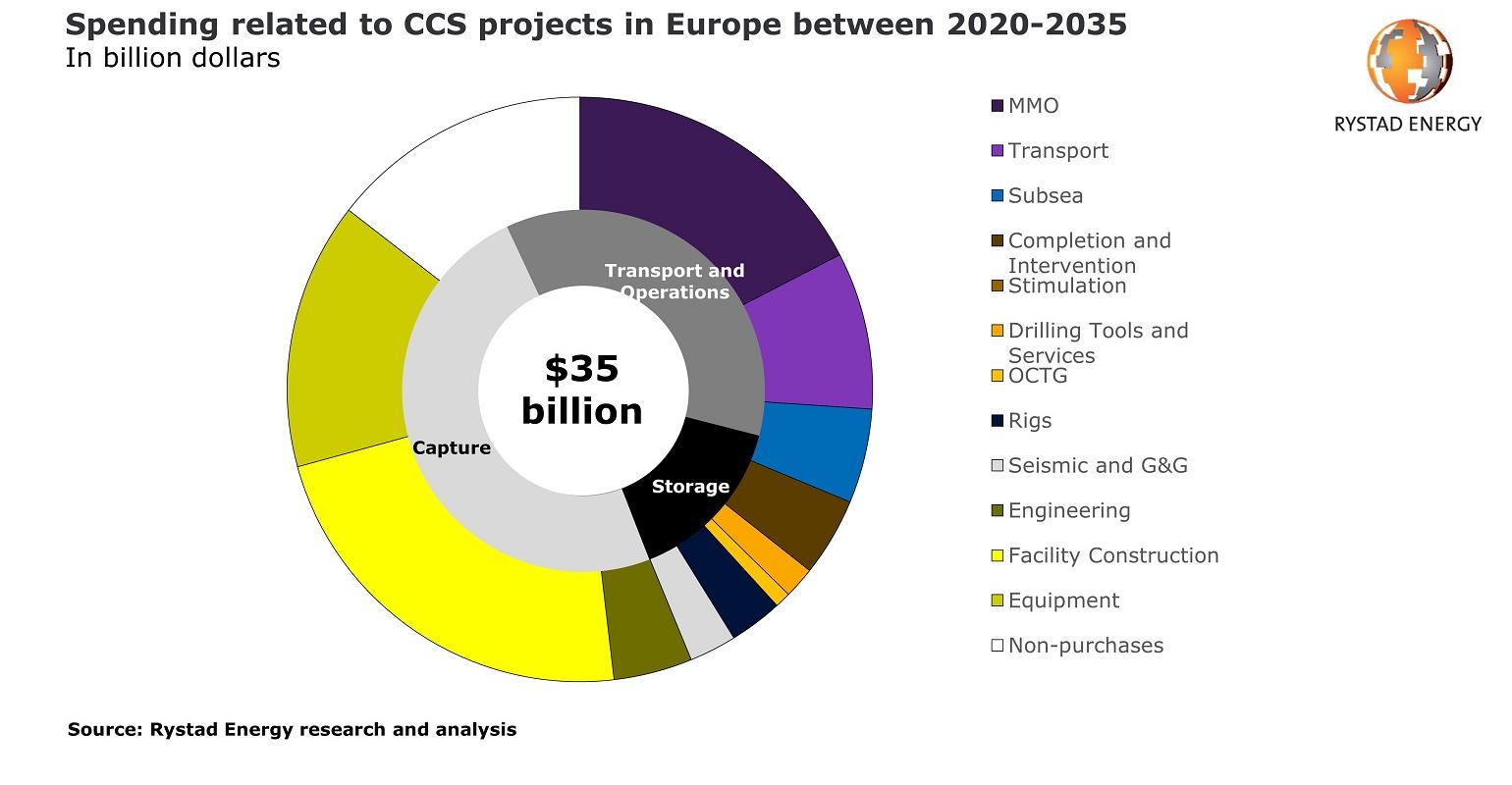 These companies are weathering a potentially devastating downturn in business since the latest oil price crash earlier this year. However, as much as $35bn of capital spending could be required for European CCS projects between now and 2035 and offshore contractors could receive a significant slice of this investment.

In a recent research note, Rystad said that offshore service companies including Saipem, Subsea 7 and Technip FMC are bidding for work on the Northern Lights project, in which Equinor, Shell and Total are collaborating to capture and store carbon dioxide from heavy industry around the Oslofjord area. It will then be shipped as a liquid to a plant on the Norwegian west coast whence it will be piped out for storage under the North Sea.

The analyst identified ten large projects, mostly around the North Sea in Norway, Denmark, the Netherlands, and the UK, while others are planned in Ireland and Italy. Although the new schemes are not likely to be commissioned before the middle of this decade, spending on construction, transport, pipelines and storage facilities will begin within the next couple of years, the analyst said. Most projects have a timeline of three-to-five years.

European CCS projects up to 2035, either in progress or planned, could result in as much as 75m tonnes of carbon dioxide could be captured and stored across the continent each year. More than a third of the investment is likely to be required for trunk lines, shipping, and infrastructure maintenance costs, the firm has estimated.

Rystad said that there are two carbon capture projects already in operation in Norway – located at the offshore fields of Sleipner in the North Sea and Snohvit, the first development in the Barents Sea.

Three more projects are likely to come on stream soon – Acorn CCS in the UK, Northern Lights in Norway, and Porthos in the Netherlands. These projects will be important, the firm noted, because they will “de-risk the overall CCS uncertainty”.