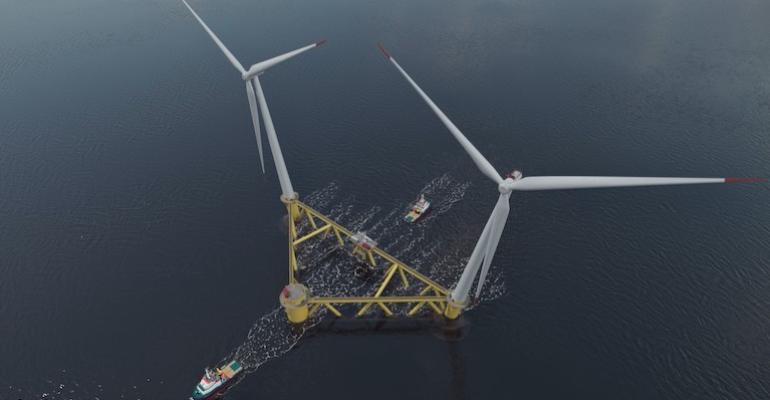 New analysis from energy consultancy, Westwood Global Energy Group, reveals the scale of accelerating growth in the offshore wind sector, with nearly 250% more capacity on offer to developers than is operating today.

Westwood reveals that there is now 135 GW of offshore wind capacity currently available for developers, a massive increase on today’s 55 GW market.

The unprecedented growth in the sector is amplified by countries which have not previously held licensing rounds, including Canada, Columbia, and India, the firm said. This market expansion accounts for 20 GW of new lease capacity.

Now, developers there are focusing on floating wind technology, and Westwood’s WindLogix data indicate that Chine now ranks fifth in the floating sector, with 5.5 MW of capacity. It comes after the UK, South Korea, Spain, and Italy, according to the research firm’s data.

However, dramatic expansion in China’s floating sector is likely over the next four years. Today’s capacity is likely to rise by a factor of more than 80, to reach 477 MW by 2026, equivalent to a little over 13% of global capacity, estimated to total 3.6 GW by that time.

Referring to the company’s recent upgrade of its WindLogix transaction database, the firm’s head of Energy Transition, David Linden, said: “It’s an incredibly exciting time for the offshore wind market, but equally, we’re faced with lots of unknowns. New markets, new developers, and new suppliers are all entering at pace which makes up-to-date market intelligence imperative to decision making.”