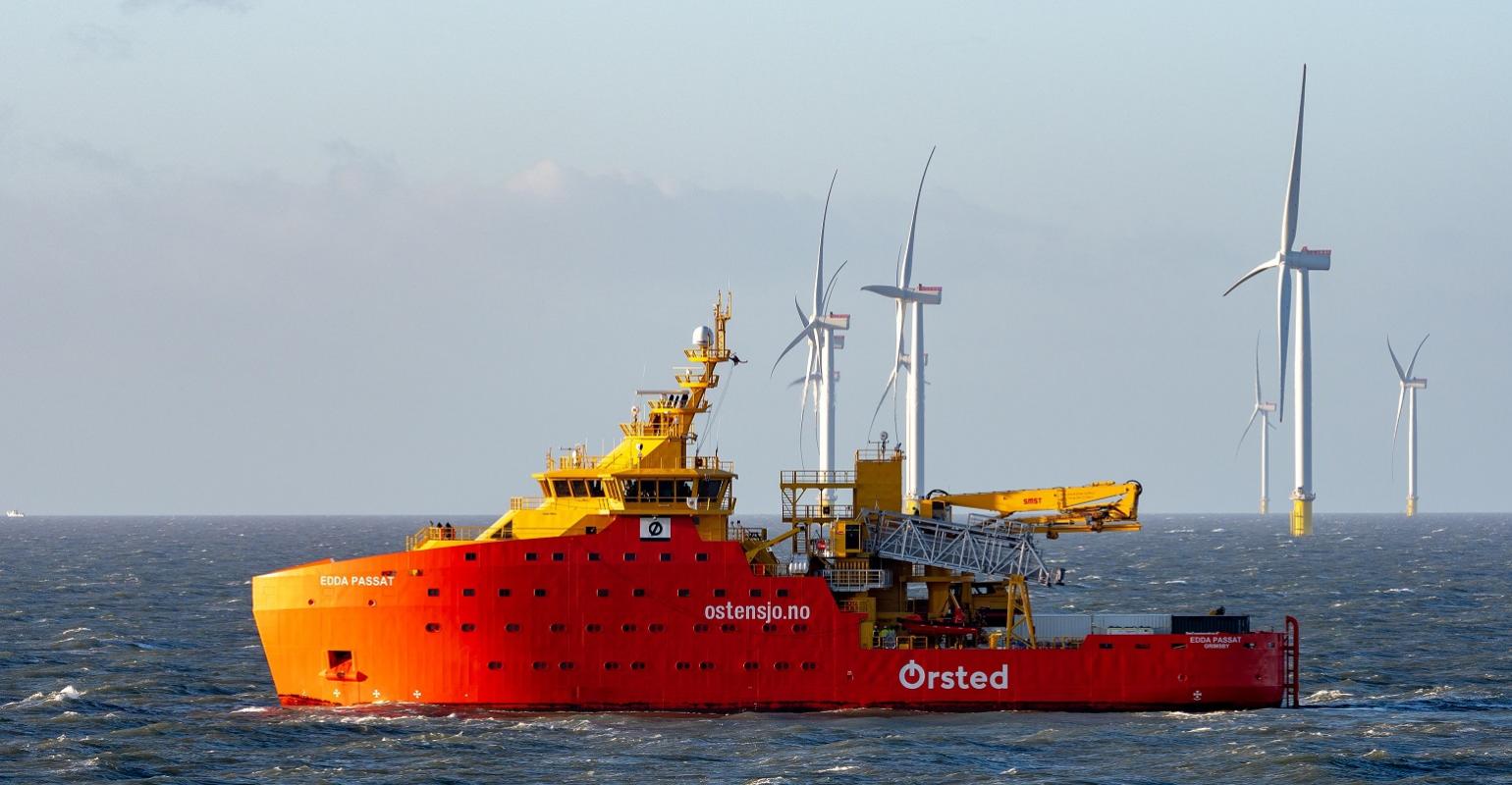 Ørsted and Edison Chouest team in the US offshore wind sector

Ørsted and Edison Chouest have teamed up to build an offshore wind Service Operation Vessel (SOV) in move that is set to transform the nascent sector in the US.

Up until now, vessel building for the US offshore wind energy arena - still at 30 megawatts, but forecast to be at 25 gigawatts, later in the decade - has consisted of a few smallish crew transfer vessels (CSVs).  While the shipbuilding contracts are private, industry experts have estimated the prices of such vessels to be in the $5m - $10m range, suitable for small yards in the US with capabilities for building passenger vessels.

Such vessels would be Jones Act compliant; US law requires vessels transporting people and material from US ports out to offshore installations must be transported on vessels, owned , crewed/ operated and built by US entities.

To date, this has led to some tortuous workarounds; consider that assembly of two turbines soon to go online for a Dominion Energy wind project 27 miles off the coast of Virginia Beach area has been handled by a Jan De Nul’s installation vessel Vole au vent, a jack-up registered in Luxembourg, with material staged out of Halifax, Nova Scotia thus avoiding Jones Act requirements.

The path forward for the US offshore wind business will involve increasing amounts of US manufactured “local content”- requiring transportation from US ports such as Norfolk, or New London, Connecticut, to windfarm sites 20 – 30 miles out.  For nearly a year, the rumour mill has been churning with whispers of discussions between U.S. shipyards, and project developers, regarding construction of Jones Act suitable service and installation vessels.

This week, the rumours turned to fact, with an announcement that Ørsted, a top project developer, would be teaming up with Edison Chouest, a large owner of offshore service vessels (OSVs) and, importantly, the owner of multiple shipyards in the Gulf Coast region, to build a Service Operation Vessel (SOV).

This vessel would be deployed in service activities on a charter to Ørsted and partner Eversource, a utility serving the Northeastern US, for crew  and equipment transfers, as well as maintenance of turbines. According to a release, the SOV, with LOA of 260 ft and capacity for 60 passengers,  will operate on diesel-electric power complying with the  Environmental Protection Agency (EPA)’s very stringent Tier 4 emission standards,  employing a Variable Frequency Drive (VFD), a proprietary diesel electric technology developed by Edison Chouest.

Ørsted, which will play a role going forward in the Dominion Energy project - Coastal Virginia Offshore Wind - is also involved with Eversource in inchoate projects at South Fork Wind and Revolution Wind, both in Rhode Island Sound, and Sunrise Wind, nearby, 30 miles east of Montauk, New York. Additionally, Ørsted will be building out a megaproject- Ocean Wind off the coast of Atlantic City in southern New Jersey in conjunction with a different utility.  All of these, and others, are expected to come online during the mid- 2020’s.

Edison Chouest, based in the Bayou area of Louisiana, operates more than 200 vessels andowns four yards:  Tampa Shipbuilding (Florida), LaShip and North American Shipbuilding (Louisiana) and the Gulf Ship yard (Mississippi), building for itself and outside interests.  Construction of the SOV will be handled by multiple yards in the Edison Chouest family.

Aaron Smith, President of Offshore Marine Service Association (OMSA) said that “OMSA is thrilled that Ørsted and Eversource are investing in US vessels," adding that "This is proof that the offshore wind will be an economic driver for the US maritime industry and the US maritime industry is fully capable of satisfying the needs of the offshore wind."

OMSA has been a leading force in enabling the transition of OSV operators from the beleaguered offshore oil/ gas sector and the burgeoning offshore wind arena.