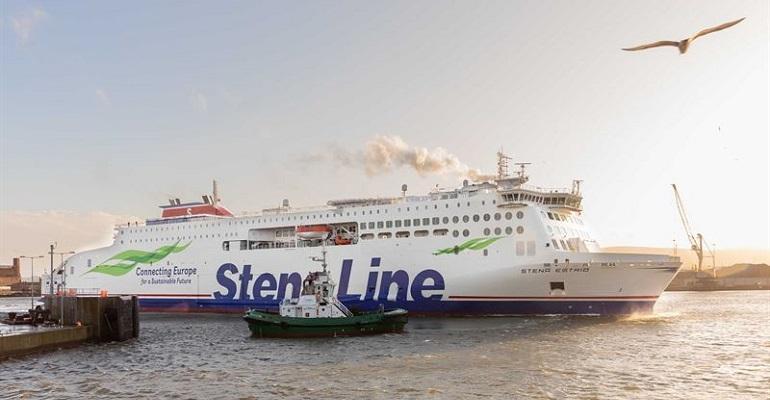 After 47 years of mostly frictionless trade between the UK and European Community countries, an overnight transition to a new era of border controls and customs procedures was never a realistic prospect. Any more realistic, in fact, than the “oven-ready” deal that the British people had been promised.

The painful repercussions of Brexit are already being felt in the Republic of Ireland where the Freight Transport Association of Ireland said that the country’s supply chains had suffered a “severe shock” in the early days of the year. The Association told the Irish Government that traditional routes to Europe via the UK were not viable and direct freight services to Europe were already overbooked.

The complexities of the paperwork associated with customs clearance has seen German logistics giant DB Schenker suspending deliveries to the UK. The firm was reported as saying just 10% of shipments to the UK were accompanied by accurately completed customs forms.

There may be a silver lining, however, for the short-sea sector. Following a dramatic decline in freight traffic through Holyhead, Stena Line is deploying its 2019-built Stena Estrid on a new freight service linking Dublin and Cherbourg from next Saturday. The weekend-only service is temporary for the moment, with the vessel taken off weekend sailings between Dublin and Holyhead. These are still provided by the Stena Adventurer.

Meanwhile, CMA CGM short-sea subsidiary, Containerships, had already enhanced its direct service between the Republic of Ireland (Dublin and Cork) and Rotterdam with the November addition of a call in Dunkirk, with onward shipment to Paris and Metz by rail. The 900 teu feeder vessel, Aila, with more than 200 reefer slots, is deployed on this weekly service. CMA CGM is also attempting to bypass congestion at UK east coast ports with the introduction of a new service linking Dunkirk with Liverpool and Bristol from 29 January.

The UK’s Food and Drink Federation has warned of higher food supply chain costs with both short- and longer term repercussions as supply chains are revised. Both UK import and export trades are affected. The British Meat Processor Association declared bluntly that the post-Brexit customs system is “not fit for purpose”, with meat exports down by three quarters on normal levels at this time of year.

The BBC reported one exporter of British lamb based in Shropshire, who had summed up the situation relating to customs procedures. Rizvan Khalid, whose company exports 70% of its production to buyers in Belgium, France, Germany and Portugal, said that what was once a well-oiled machine “now has a spanner in it”.

Separately, the UK’s fishing industry has also voiced its concerns, with many Scottish fishermen now “fearing for their future”, according to the Scottish Fishermen’s Federation (SFF). In a letter to the Prime Minister last Friday, chief executive Elspeth MacDonald highlighted a “desperately poor [Brexit] deal” on quotas that has actually left many fishermen in a worse position than before. Some were now making a three-day round trip to land fish in Denmark, MacDonald said, to make sure they could get their catch to market while it could it still be used.

The UK’s financial services sector has also been hit hard in the first two weeks of 2021 business. On the first day of financial trading in London on 4 January, stockbrokers woke up to the fact that almost all euro-linked share dealing had moved to Paris or Amsterdam. This has been exacerbated by the fact that firms can no longer sell research and execution services to parties in France or Germany.

The reality, experts say, is that Boris Johnson’s last-minute deal broadly excluded financial services. For the City of London, a key financial hub, a major tax generator, and one of global shipping’s most important service providing locations, the deal is virtually no better than no deal, they claim. Whether the City’s accountants, bankers, insurers and lawyers, plus all their technical support personnel, will be able to adjust their business models sufficiently to compete effectively in a post-Brexit world remains to be seen.