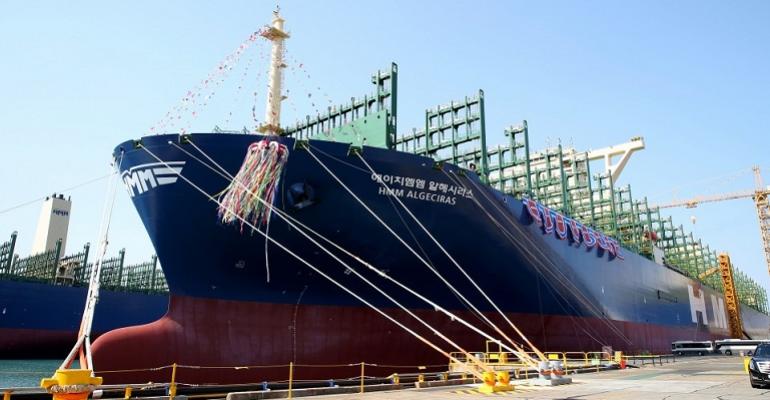 The second quarter financial reporting season is in full swing and container lines results rather than being the expected bloodbath with statements full of red ink are in general actually more profitable than they were a year ago.

The Covid-19 pandemic has pummelled world trade, especially in the second quarter as large swathes of the globe went into lockdown, the result of which would be expected disaster for consumer dependent container lines that struggle to make money even when times are good. The warnings of a “Hanjin 2.0” were all too clear.

But the Q2 figures published by listed container lines reveal a very different story, yes volumes and to a lesser extent revenues are down, but profitability is up.

The biggest of them of all, AP Moller – Maersk, reported an EBITDA increase of 25% to $1.7bn in Q2 2020 compared to $1.4bn a year earlier, primarily driven by an improvement in its core ocean sector - Maersk Line. This was despite volumes for this business dropping by a substantial 16%.

Hapag-Lloyd reported a first half EBIT for 2020 of $563m, up from $440m in the same period a year earlier. “On the whole, we have a good first half year behind us despite the coronavirus crisis,” commented Rolf Habben Jansen, ceo of Hapag-Lloyd.

Japanese joint venture Ocean Network Express (ONE), which has struggled since its inception, reported a $167m profit for its first quarter ended 30 June, compared to just $5m in the same period a year earlier. This was despite ONE noting a 20% dip in cargo demand year-on-year in the quarter.

South Korea’s HMM, which had raised more than a few eyebrows starting to deploy a series of 24,000 teu newbuildings – the largest ever – in the middle of a global pandemic, was also profitable. It bounced back to the black with a KRW28.1bn ($23m) profit in Q2 2020 compared to a KRW200.7bn loss in the same period in 2019.

The biggest factor in these positive results has been the ability of lines to manage capacity thereby keeping up utilisation rates and avoiding the sector’s seeming penchant for value destroying market share battles.

Blank sailings have been key with April and May seeing the peak of lines pulling out services on major trade lanes. Week 17 of 2020 for example saw a 38% drop in a capacity the Asia – Europe trade for example, according to analysts Sea Intelligence. It is not just the scale of capacity cuts, but also the speed and agility with which lines have acted, enabling effective utilisation rates to be sustained on major trades.

On top of this lower bunker prices, given the collapse in the oil price, also significantly helped the operating cost bases of container lines.

It’s worth noting that the counter-cyclical improvement in profitability did come a bit too late for some, and top 10 container carrier Pacific International Lines (PIL) is in the process of negotiating a financial bailout with Singapore state-owned Temasek Holdings.

The question is though can rational management of capacity be sustained? Despite the caveats about uncertainties and Covid-19 second waves the financial forecasts of lines would suggest they believe the answer is yes.

Maersk reinstated earnings guidance for 2020, suspended in March due to the uncertainties caused by the Covid-19 pandemic. The new guidance of an EBITDA of $6bn - $7bn for 2020 is higher than its guidance of $5.5bn prior to suspension. Hapag-Lloyd kept its forecast for the year at an EBITDA of EUR1.7 to 2.2bn and an EBIT of EUR0.5 to 1.0bn.

ONE though was rather more cagey though on the outlook saying: “Forecasting FY2020 performance reasonably is still difficult and therefore FY2020 full-year forecasts are not yet fixed.”

The way in which lines, and the alliances they are in on the major trades, manage capacity is going to come under increasing scrutiny given shipper allegations of profiteering, in particular on the transpacific trade. The US Federal Maritime Commission (FMC) is reported to be keeping a close watch on blank sailing announcements by lines and alliances on trades to the US, and China’s Ministry of Transport is reported to have sent letters to the six largest container lines asking for explanations to the recent surges in freight rates.

It is certain the management of capacity by container lines, freight rates, and the next quarter’s financial results are all going to be watched very closely to see if box shipping’s turnaround in adversity can be sustained.