Dereliction: And the Ocean Too Weeps 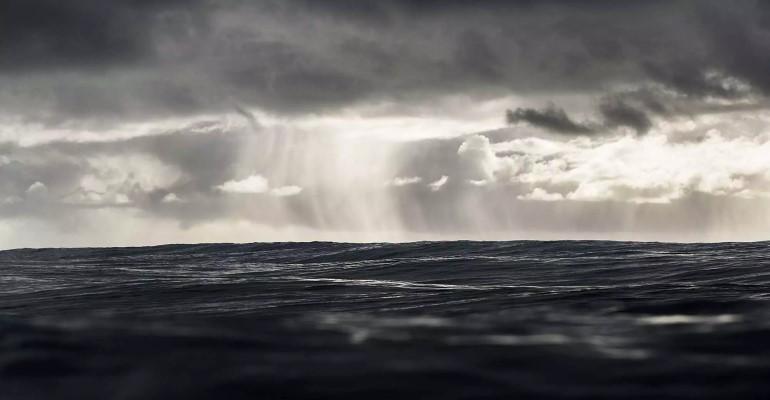 A poem by maritime analyst Salim Bhimji was shortlisted for the prestigious Montreal International Poetry Prize.

The award, managed by Canada's McGill University, is considered one of the highest international poetry awards for poems under 40 lines. As a nominated finalist for the award, Bhimji's poem was one of 55 submissions shortlisted by a team of jurors from over 4,500 entrants. The overall winner of the $20,000 2022 prize was Claire Wahmanholm for her poem Glacier.

"I believe that poetry has the power to make people stop and think in a way that few examples of the written word can. My poem, Dereliction: And the ocean too weeps, begins by speaking about the virtues of our oceans and what they have, through the ages, represented. The poem goes on to speak of the damage to our oceans brought about by several man made factors including, for example, climate change, pollution, carbon emissions and oil spills," Bhimji told Seatrade Maritime News.

Bhimji is a director of Ocean Press & Publishing for many years and has focused his career on maritime research and data analysis.

The poem is reproduced in full below, and can be read and heard on the Montreal International Poetry Prize website, including as a PDF.

Dereliction: And the Ocean Too Weeps

Through restless centuries I have powered

Of the great empires.

Across the ages, man has longed to unravel

The mystique that shrouds me.

The scholars of science reach

For me to uncover secrets of the past.

Deemed me the crowning conquest.

Mighty industries flourish because of me

And dynasties shaped, by men

Who wove their steel through me.

I meld the very elements with which kingdoms

Power prosperity. Yet no man can own me.

I am a mirror of the heavens,

Nestling every rhythm, in cycles rippling.

To the unwitting I am formidable.

But the same seek solace in me;

In the soft, soothing songs

That dance through my being.

I am the cradle of life for billions.

Yet, for all my elegance, I am now bereft;

Wounded. The turning tides, so harsh,

Have left me ravaged; in anguish.

How I yearn to be cherished again. Grant me the dignity

I deserve. That dignity which was once unspoken,

At new ways to reinvent myself.

A mere ritual since times long past.

Except these are dark days

And I face ferocious thunders ahead.

Yes, I am wrenched by the unknown.

Though known by many names, I am unique.

Is simply part of the mystique.

Beyond the drifted ocean,

Salim Bhimji is a research and data analyst based in the United Kingdom. He is an Executive Director of Ocean Press & Publishing Ltd. He began his creative writing education at the Poetry School in London and describes himself as an "incurable student" of poetry.