The future of ferries, a sector ignored by policy makers 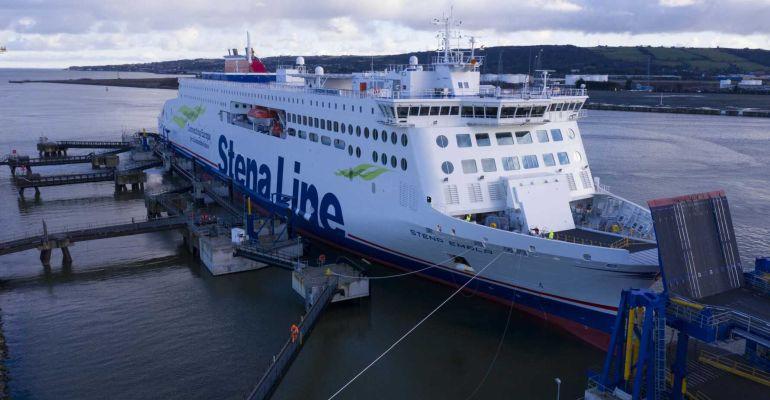 When transport ministers, policy makers, even the general public talk about connectivity, it is airlines, railways and roads that they think of first – with ferries (indeed the whole of sea transport) mostly omitted from the conversation.

If ferries ever feature, it is invariably because some ambitious politician wants to do away with them, by constructing a tunnel or bridge across the piece of water they serve.

How important are ferries in terms of their value to the world economy? Interferry, their trade association, has long campaigned for rather greater recognition of the sector and has commissioned research into its economic impact. Revealed at the Interferry annual conference in Santander this month, the research by Oxford Economics shows that in 2019, ferries carried 4.27 billion passengers and 373 million vehicles across a worldwide fleet of 15,400 vessels. The sector contributed some $60billion to global GDP and provided 1.1 million jobs. This shipping segment, only between 3-5% of the whole shipping industry, thus deserves to be taken more seriously, according to Interferry CEO Mike Corrigan.

It might be suggested that all transport sectors blow their own trumpets in a bid for greater recognition, but this economic assessment of a mode of transport is perhaps timely, as all logistics comes under a greater level of scrutiny. And as the world emerges from the pandemic, it is suggested that ferry transport, perhaps for obvious reasons, is currently seen as a safer form of travel.

Ferries, of course, come in many different forms, from very large ships carrying huge quantities of freight to small domestic craft, which are sometimes the only transport option for the bulk of a developing world population. What they have in common is their flexibility, with most ships able to switch routes or add and subtract capacity on demand, something that has been amply illustrated in North Europe in recent months, as traffic has changed with Covid and Brexit challenges.

Perhaps because ferries tend to be ignored by policy makers and regulators, Interferry has had to work hard to prevent the sector being disadvantaged, or even overlooked, in all the technical changes being forced on shipping as it “decarbonises”. It is clearly inappropriate to treat them as if they were deep sea ships, with the same set of solutions to reduce emissions. At the same time, it has been possible to propose emission reduction strategies, such as battery and hybrid propulsions, and the use of experimental fuels, that would not be available for large, deep-sea ships, so in some respects, the sector has been something of a technology test-bed. This will hopefully be encouraged.

But if greenhouse gas emissions are to be reduced, it is also clear that ports will have to play their part in providing shoreside infrastructure that will make it possible for ferry operators to reduce their dependence on hydrocarbons. The provision of electrical charging facilities and green fuels obviously needs the co-operation of ports and energy companies, with a considerable burden requiring to be shared.

Interferry itself also deserves serious recognition for the way in which it has championed ferry safety, which in many parts of the world leaves much to be desired. It remains a sad fact that in those countries which need ferries most, and have few other alternatives, ferry accidents remain a blot on the landscape, overcrowding, aged craft, poor supervision and training exacting a terrible annual toll.

And while the International Maritime Organization (IMO) is unable to regulate for domestic ferries, Interferry, along with other agencies such as the Lloyd’s Register Foundation and IMO experts have been able to provide a useful road map for safety improvements. Now, IMO has been able to provide an “advisory” to help to regulate domestic ferries, reinforced by a great deal of technical and practical assistance from people who know about ferry operations. Lives will surely be saved by these initiatives.