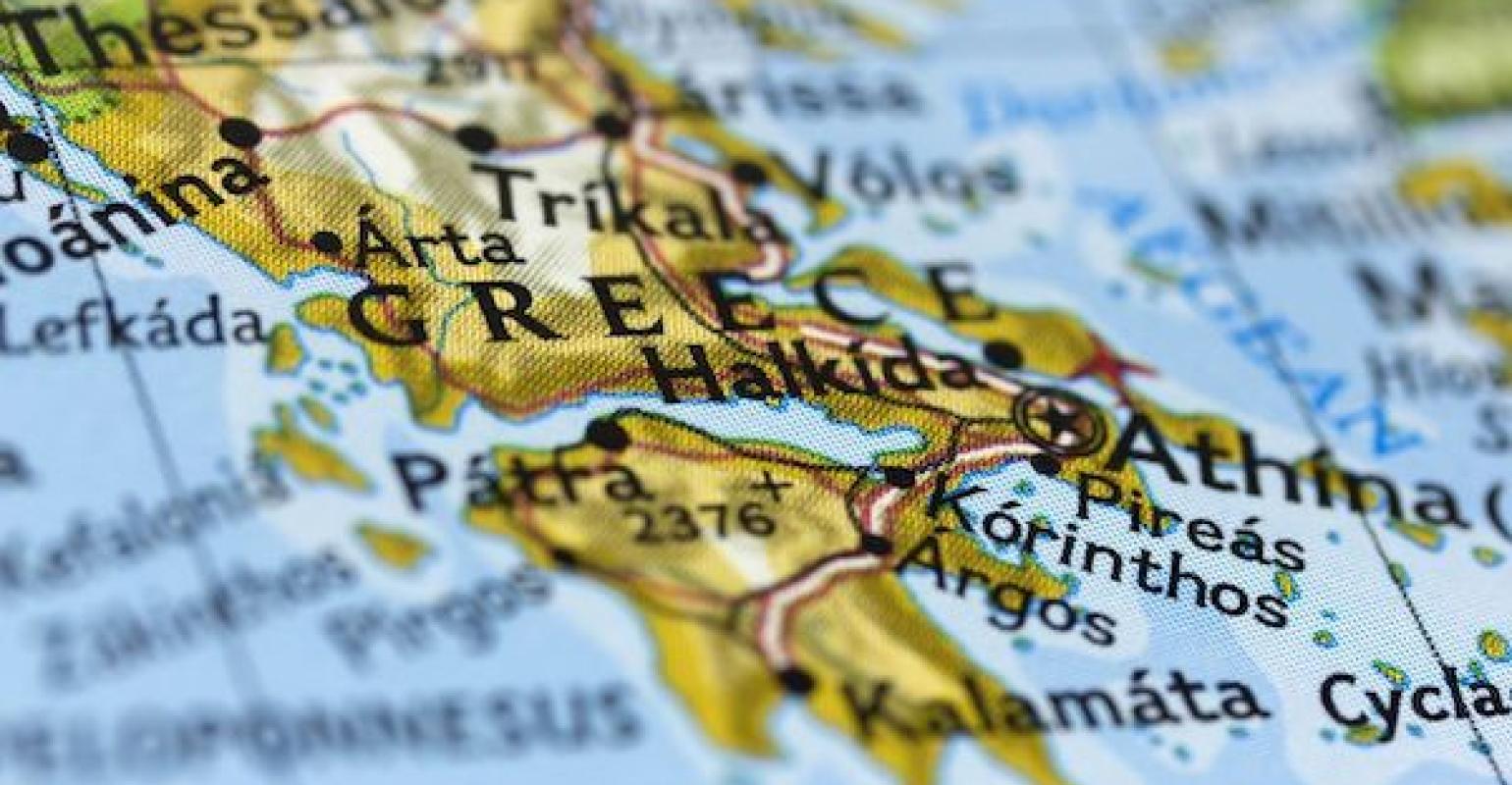 Despite an economic landscape offering few investment incentives, receipts from shipping boosted Greek coffers by an estimated $18.6bn in 2018. That is 14.89% more than in 2017.

The income rose as Greece exited its European Stability Mechanism programme and some limited economic growth took hold, though significant vulnerabilities remain. Exports in 2018 grew 15.7% to $37.43bn. Industrial production picked up between 2015-2017, reaching a 4.5% growth rate in 2017 but slowed again to 1% in 2018.

In a mid-year review of the Greek economy and the strategic and economic role of Greek shipping, the Union of Greek Shipowners (UGS) says: “Confidence indicators have somewhat improved, with wages rising and private consumption slowly growing after prolonged stagnation. Nevertheless, unemployment and spare capacity remain high. GDP for 2018 in volume terms was $213.7bn, recording an increase of 1.9% on 2017. Real GDP growth is forecast to reach 2.2% in 2019 and in 2020.

“The contribution of Greek shipping to the country is as important as it is diverse, going beyond the balance payments. It ranges from indirect economic investments, to employment opportunities and to raising the profile of the country internationally by being an essential and strategic trade partner of major economic and political forces, with 22.5% and 20.3% of the Greek-owned fleet’s activity being dedicated to the US and the European trade respectively and with the greatest share of the Greek-owned fleet’s activity, some 31.8%, taking place in Asia serving the fast growing Asian economies. 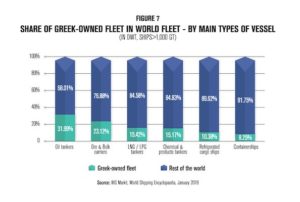 “The numbers are indeed impressive,” says the UGS, continuing “while Greece represents only 0.15% of the world population, Greek-owned ships represent almost 21% of the global tonnage. The 2018 fleet of 4,936 vessels over 1,000 gt and 389.69m dwt has increased approximately 6.63% from the previous year.”

Greek shipowners more than doubled the carrying capacity of their fleet between 2007 and 2018 and own 53% of the European Union (EU) fleet in dwt and 20.9% of the world fleet in dwt. 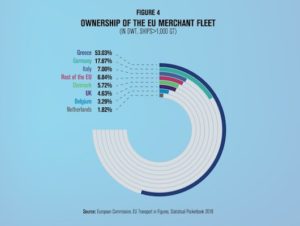 As such, Greek shipping’s strategic role in serving global trade and especially in securing the extra-EU trade, including its energy supplies, is clearly manifested. Specifically, the EU imports 87% of its crude oil needs, 70% of its natural gas needs and 40% of its solid fossil fuels needs.

With the energy security concerns on the rise, the Greek-owned fleet plays a crucial role in securing EU’s diverse energy imports from remote regions of the world. Further, Greek shipping’s strategic importance becomes also obvious in light of the fact the EU relies on international shipping for more than 75.5% of its external trade.

Noting Greek shipping is primarily involved in bulk/tramp shipping the UGS said it is an example of a sector with characteristics of perfect competition.

Read more: 59 Greek shipowners have fleets of 20 or more vessels

“Being served by entrepreneurs who mainly own small and medium-sized private companies, mostly family businesses, Greek shipping has great flexibility and adaptability to changing economic environments and can, thus, readily respond to changing trade patterns and flows effectively and efficient,” said the UGS.

The UGS report concluded: “Prospects for 2019 look relatively healthy. Both global GDP and global trade are expected to grow, albeit at a slower pace than 2018. World seaborne trade is projected to expand at a compound annual growth rate of 3.8% between 2018 and 2023. The extensive demolition activity seen in 2018 will most probably not be repeated in 2019. However, trade disputes and shipping-related regulatory trends will continue to feed

uncertainty in the shipping market.

“Other geopolitical developments will also affect the shipping market’s outlook for the years to come: Brexit stands to disrupt seaborne trade flows in Northern Europe while, as China moves up the global value chain, transforming from the world’s factory to a consumption country, new trading opportunities are opening up for other Southeast Asian countries. This in turn is expected to shift global trade patterns.”