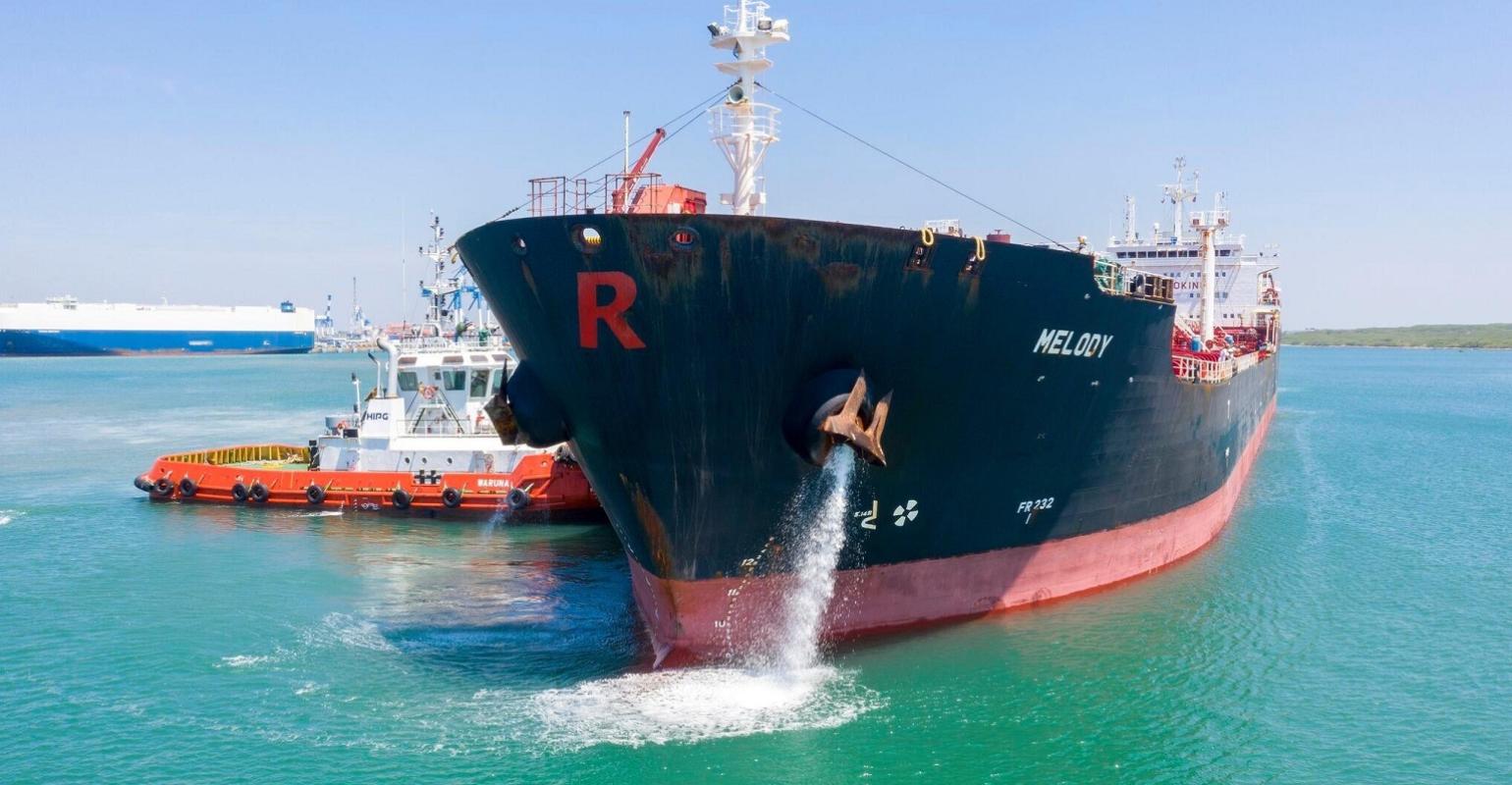 The Hambantota International Port (HIP) is the island nation's newest Port in a mere 10 to 12nm from the major East-West shipping route linking the Suez Canal and the Malacca Straits.(

The strategic location of the port, connecting Europe and the Far East on the major East-West shipping lanes and has easy access to lucrative Middle Eastern markets and rising African markets making the island nation become a gateway to those significant markets.

Hambantota International Port Group (HIPG) was born in 2017 following the handing over of the port on a 99-year lease to a Sri Lanka-China joint venture.

Related: Is Hambantota International Port better off with China?

Since the new management taking over the operations at the HIP, In April 2017 the port made a historic landmark in Sri Lanka, when the world's largest pure car and truck carrier (PCTC), the MV Hoegh Trigger, arrived on her maiden call at the Port of Hambantota. This boosted the ro-ro business and it has maximized its capacity up to 138% and currently successfully developed into lure vehicle trans-shipments hub.

However, the total cost of the first phase of the port project is estimated at $360m, with added extra $76.5m for the bunker terminal. Since the port midst from Singapore, the UAE Port of Fujairah and Malaysia's Port Klang, one of HIP’s ambitious business model was to enter the market of bunkering and supply’s to ships.

In 2019 April, the second latest oil and gas producer in China, Sinopec won the tender into setup Sinopec Fuel Oil Lanka (Private) Ltd for bunkering services at the HIP. Sinopec is one of the major players in the industry and known as one of the largest providers of bunkers worldwide, which gives HIP the potential to become a bunkering hub in the entire region.

The HIP commenced a much-awaited bunkering service last week for the first time, as the oil tanker "Melody" was berthed at the Hambantota port to discharge fuel.Given the strategic time of the industry with regards to IMOs 2020 regulations, the port can be identified as one of the first in the region to have LSFO as per the IMO complying fuel regulations, and with the development of bunkering services, it’s expected that at least 35% of the shipping traffic mainly the oil tankers would call over at the HIP.

Shiyana Gunasekara, an energy markets consultant based in Washington, DC, added: IMO-compliant fuel might appear more available now, given filings of non-availability reports have significantly declined to almost zero; however, fewer customers given the circumstances could play a role in those reduced filings.

Shiyana further added that “I would assume the major bunkering players of the Indian Ocean region - such as Singapore and Fujairah - would remain the most competitive, despite HIP coming in but I’m more interested in seeing how competitive HIP is compared to the nearby Indian ports offering IMO-compliant bunkering services because a port’s competition is often its neighbours. 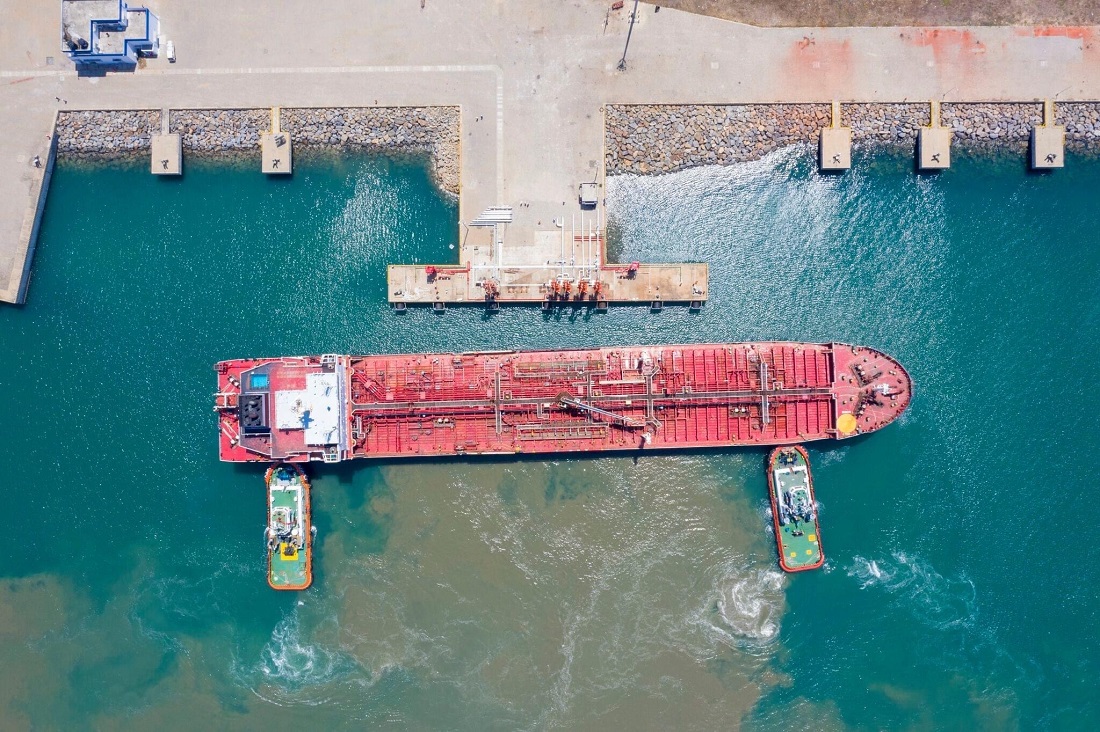 At present, HIP consist of a total storage capacity of 100,000-ton oil and gas berths of which an oil gas tank area of about 140,000 cubic meters, this also includes Aviation fuel tanks and LPG Tanks and a fully equipped oil testing laboratory. In October 2018, HIP partnered with LAUGFS Gas a local domestic and industrial gas supplier for storage and transshipment of liquefied petroleum gas.

Speaking to one of the Ph.D. researchers, Maya Majueran at the Kelaniya University in Sri Lanka, who is focusing on China's Belt and Road Initiative implications on Sri Lanka Maritime Logistics Sector Human Resources Development in Becoming Logistics Centre in the Indian Ocean, highlighted, Linkages between foreign firms and local suppliers enable knowledge and technology transfer, including know-how and practices that allow domestic suppliers to upgrade the quality and efficiency of their production.

Hambantota International Port Group (HIPG) and Hambantota International Port Services (HIPS), two companies formed under the Public-Private Partnership entered into between SLPA and global port operator CMPort is a very good example for turn around the Hambantota’s deep-sea port which was struggling to attract ships and cargo volumes without an accompanying industrial zone or other local businesses to drive demand.

Maya further added that Foreign investment brings a wide range of knowledge, technical know-how, managerial and organizational skills, and access to foreign markets with the potential to bring positive spillovers for the host economy. As per Maya, global shipping lines tend to prefer working with global terminal operators as they show varying degrees of involvement in the main cargo handling markets around the world and possess some competencies that would bring the advantages in the areas of market power, marketing skills, technological expertise and access to cheaper sources of finance. Likewise, global terminal operators often have central purchasing departments at their headquarters involved in making large contracts to servicing the world’s major commercial gateways.

According to HIP, in mid-term the port has the capacity to maximize into areas of ship repair, supplies and most awaited is the investments attached to the port in free trade zones within and out of the HIP. Currently, the port has created up to 700-800 new jobs in the region, and this could rise up to 3000-5000 direct jobs in the future.

As the port is located in one of the strategic nods along with China’s national work plan of Belt & Road Initiative, the industrial zones around the port could enter into high demand for investors in the port and industrial zone sector.

However, the synergy between the Sri Lanka Ports Authority, the Hambantota International Port (Pvt) Ltd, the China Merchants Port Holdings including China Harbor Engineering Corp and other Chinese companies who are flowing investments to Hambantota should maintain to a strong understanding relationship.

Therefore, Sri Lankan ports should draw the resources, the economic factors in the surrounding area so as to provide differentiated products through various operating methods.

Capitalizing on the competitiveness of the industry the port needs to improve the utility and maintain the competitive advantage, in order to enter the markets next to Singapore, Hambantota port should improve the quality of the port operations and shipping services with the state-of-the-art management unit, also should deliver in a reduce cost of service output.

Without a competitive transaction cost the newly build port won’t be able to benefit in the global logistics sectors as well by reducing the transaction cost, which will integrate Sri Lanka with global production networks.