Huge shift underway to LNG as a fuel to reduce emissions 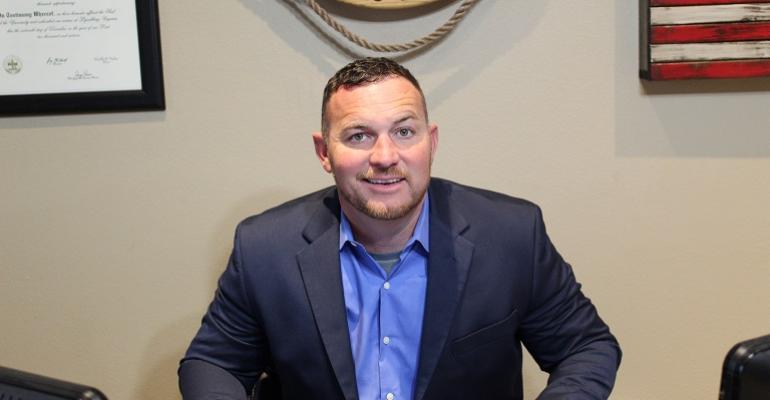 Dallas Smith, Liberian Registry
LNG as a transition fuel to reduce CO2 emissions is fast gaining traction as is evidenced by a growing number of dual-fuel newbuilding contracts and what has become a daily stream of announcements relating to bunkering and supply.

From being the preserve of niche and regional trades there are a growing number of deepsea trading vessels that are LNG dual-fuel and a significant number of newbuildings on order.

Dallas Smith, vice president of LNG for the Liberian Registry, says it is the best option in the market at the moment to reduce the emissions, in terms of its availability for bunkering, and operational understanding.

He added also doesn’t come with a lot of the inherent risks of some of the other fuel types that are being proposed. 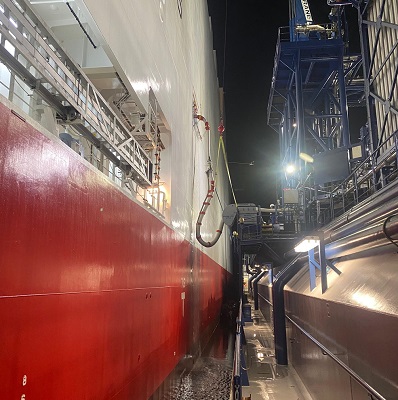 The Liberian International Ship and Corporate Registry (LISCR) is the 2nd largest flag State in the world has put keen emphasis LNG as marine fuel and claims to the fastest growing register for natural gas vessels. Recently the Liberian-flagged car carrier Siem Aristole became one of the first foreign-flagged vessels to bunker LNG at a US port refueling at the port of Jackonsville (pictured left).

“This is because of the team of LNG experts that LISCR has put together, creating a new department that focuses on LNG and alternative fuels,” says Smith in an interview with Seatrade Maritime News.

“We are also the leading flag for alternative fuels. Liberia has 11 deep draft vessels already trading at sea that are dual-fuelled, which is the most of any flag. With even more scheduled to be delivered in 2021…This is a very exciting milestone and expect more of the same in 2021 and beyond... And it does not include OSVs, coastal trade ships, ferries and others.”

Shift in the direction of gas

“We are definitely seeing a huge shift with so many of our customers moving in the direction of gas, whether it is LNG, propane, ethane – as a transition fuel.  The reason liquefied gases are considered transitional fuels is because they contain carbon but they will play a large role in achieving the goals set forth by the IMO for reduction of emissions,” he says.

However, LNG is a more cost effective option for newbuildings versus retrofitting existing vessels.

“The modification to burn LNG can be expensive and may not be the best value for older ships, but the alternative is expensive and has their own challenges such as scrubbers and VLSFO. Owners need to consider costs for not only engine conversion but fuel storage, piping, etc.  In addition, the vessels will have to meet the new codes/conventions they need to comply with, which we then can help them in navigating given our technical staff,” explains Smith.

“In my opinion, if you are ordering a new build, I think LNG as a fuel is a very practical option.  I expect the costs to be offset by cheaper fuel over time….”

Banks, now, seem to favour financing LNG-powered vessels and though it is not Smith’s area of expertise. “From what I hear from charters, this is true and a major factor.  We have seen this with the adoption of the Poseidon Principals by many lenders; but we are seeing also, charterers pursuing LNG as a fuel as a requirement for charters, we have some significant tonnage coming in to the Liberian flag that are specifically being built with LNG due to charterers requirements. It is this push from the major charterers and financers that has put our Registry in the leadership position in this sector,” he says.

For owners looking to make the switch to LNG one of the big questions has been supply infrastructure.

“LNG bunkering supply is a major concern, but I can say from my time in the USCG and since joining the Liberian Registry, I’ve had numerous discussions with port facilities and fuel suppliers about shifting to LNG bunkering.

“I think there is a little chicken or the egg syndrome, I feel once more vessels get delivered the supply concern will start to disappear. In addition, LNG is a lot more adoptable quicker than some of the other alternatives out there…but as more technologies are tested and proven, I see the cost of delivering an LNG bunker vessel going down.”

Looking ahead Smith says: “I see liquefied gases as the current future, although I expect to see the technology for hydrogen, ammonia, rotor sail/batteries and methanol to continue to develop.  So one or all of these may be the fuel of the future, but only time will tell.”