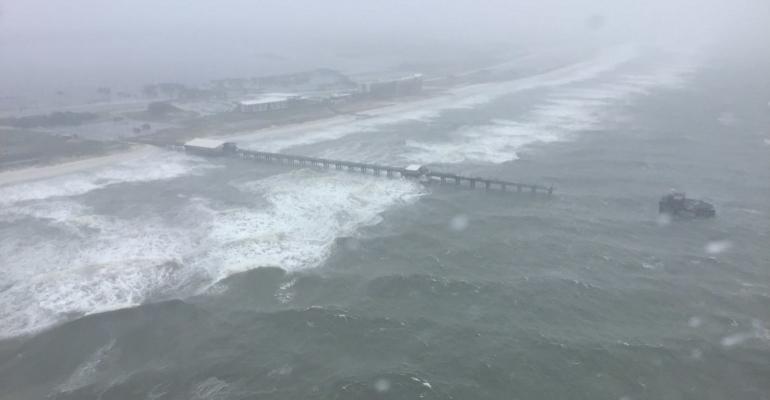 "Just in Time" arrival for vessels seems an obvious winner on all counts, but it is not exactly a new idea.

If your ship can adjust its speed on passage to arrive just when the pilot is ready to conduct it to the berth, where the dockers are revving up their straddle carriers, there will be rejoicing all around. It is not exactly a new idea – when the cost of fuel soared into the stratosphere in the 1970s, what is now termed “just in time” arrival was hailed as a game changer, saving a king’s ransom in fuel burned as ships rushed to signal their Notice of Readiness at their arrival port.

Sadly, it didn’t really catch on, as masters were so concerned about missing their berths and ending up at the end of a queue, that they were unprepared to take the risk of arriving late. Slow steaming tankers, which were barely making enough to pay the crew their wages were a somewhat different matter; oil rarely seemed to be in a hurry. But those running bulkers and liners tended to be unconvinced by the fuel-saving arguments and the charterers were generally angrier about a missed arrival slot than they were enraged by extra consumption.

Related: Not the smoothest of handovers

Practical folk pointed out that on any oceanic crossing there were imponderables that had stood the test of centuries – not least the vagaries of wind and weather, which always encouraged a master to crack on and bank some spare time, just in case. Years ago, I got into all sorts of trouble with important shipbrokers for accusing them of believing that ships ran on rails, like trams, and a ship advertised with a service speed of 15 knots could be guaranteed to steam 360 miles per day. But if you have actually seen that a wind blowing from forward of the beam slowing down an elegantly streamlined cargo liner, you begin to see that weather and economics are indivisible. That’s unhelpful weather, not necessarily heavy.

Today, of course, fuel economics are increasingly subservient to the shrill demands of the climate activists at IMO and elsewhere and “Just in Time” arrivals are now computed for the notional savings of the dreaded CO2, which will not be exhaled if the ship optimises her passage. One recent study, focussing on the container trades, suggests that these deadly emissions will be reduced by as much as 14% if the speed is optimised so that the ship arrives just in time. And while you cannot disagree with the theory, there are a lot of factors external to the ship itself that decree whether the berth will be empty and waiting as the ship passes the fairway buoy.

Related: Lives lived on the frontiers

It is an obvious point to make that the arrival port has a major role to play in the optimisation process, with the whole landside system itself also needing to be optimised, whatever that might mean. This, of course requires the trucks and trains and barges and feeders, along with the shiploaders and ground handling gear, to be working perfectly. It isn’t helped when sea carriers suddenly put far bigger ships on their routes, causing blockages on the berths and down the landside line. And just bear in mind that adverse weather affects container berths and port operations, just as it does in the stormy ocean.

And perhaps a trifle cynically, it has to be asked whether ports have any incentive to enable sea carriers to save the planet and minimise CO2? There are still more ports which will require ships to make their number on arrival at the anchorage and join the queue and have no arrangements to facilitate their sea passage being optimised. The legal conundrum of the “arrived ship” hasn’t been solved in this writer’s lifetime and won’t easily be resolved, without a lot of seemingly diverse interests co-operating more freely.

Am I being too negative? Today we have brilliant weather routeing that can provide ships with every facility for both optimising the sea passage and fuel saving. We have first-class communications and ships digitised up to their eyeballs. But the weather which doesn’t behave as predicted, engine-breakdowns, or the many and varied problems within the port and terminal conspire to make optimisation more difficult. And while it may be unfashionable to suggest it, your arrival on time may not be assisted by the regulators, for all their best green motives, requiring the engine to be effectively de-rated and removing that useful extra horsepower, so handy to get back on schedule.