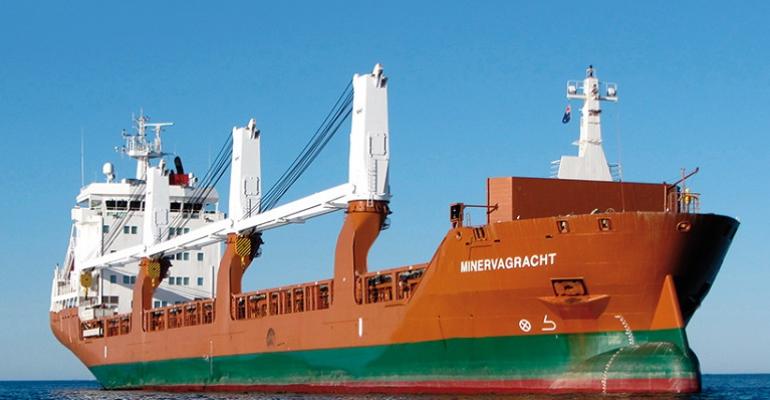 The opening of the 2020 navigation season on the Saint Lawrence Seaway, which connects the Great Lakes to the Atlantic, at the beginning of April, could not have come at a worse time, with all manner of uncertainties roiling trade flows.

For the Seaway- a 2,300 mile marine highway linking the Atlantic Ocean to the Great Lakes serving the United States and Canada, overall traffic during April and May was down 10.2% compared to 2019, at a time that double digit dips were the norm.  Overall flows in 2019 totaled 38m tons - with the top cargoes being grain, coal, iron ore, salt and steel products.

Over time, overall tonnages thru the Seaway, with locks maintained by both the United States and Canada, have declined - overall tonnage in 1980 was close to 80 million tons. The decrease in  tonnage belies a more subtle shift, a trend towards higher value project cargoes.

A 2018 US Government Accountability Report on the Seaway noted that: “The tonnage of St. Lawrence Seaway traffic comprised of machinery and other manufactured products, which encompass project cargo, grew from about 657,000 tons in 2001 to about 1.1m tons in 2016.”

Two ports have been benefiting by continued moves towards imports of wind turbine components. Monroe, Michigan, south of Detroit at the western margin of Lake Erie, has been the destination for wind tower components manufactured in Bécancour, Quebec. The Great Lakes Seaway Partnership, a coalition of maritime organizations from the US and Canada, explains that Happy River, owned by BigLift, which is part of Spliethoff, has been shuttling wind tower pieces into Monroe, connection with a General Electric project.

The Port of Buffalo, in upstate New York at the eastern edge of Lake Erie, is also illustrative of the new dynamics at play. Throughout the boom times for the steel industry in the US, it was home to  Bethlehem Steel’s Lackawanna Mill which closed in the early 1980s. The niche port has re-invented itself as a hub, of sorts, for imports of components related to wind power generation.

Patricia C. Schreiber, Port Director, Port of Buffalo said, in early June, that three shipments of wind turbine components had been unloaded at the port, two from Germany and one from S. Korea, adding that additional shipments are inbound.  She said: “To the Port of Buffalo, handling these wind turbines means a full dock for the season. Not only are we unloading the vessels, but we’re also loading the trucks that take them to site. So, this is an opportunity to keep us busy all the way into Fall.”

It’s not all about project cargo for Buffalo; sugar has entered the mix. Earlier in Spring, 2020, Sucro Sourcing, a Florida-based processor of sugar, set up a facility in the port’s Gateway Trade Zone (not far from the site of the old steel mill), with a regional distribution facility for cane sugar. At least one vessel inbound with sugar has called at Buffalo so far this season.