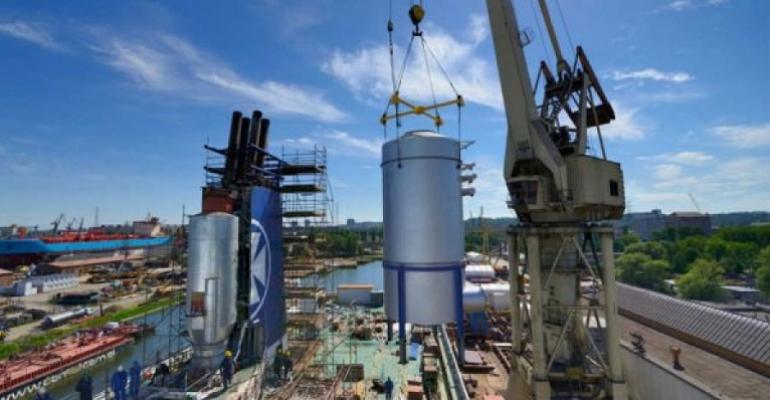 It’s been one of the most hotly debated questions of the last 18 – 24 months in shipping – whether or not to invest in scrubbers to comply with the IMO 2020 global low sulphur cap for marine fuel.

For some scrubbers were simply seen as not the right way to comply with the regulation, and for those operating smaller and older vessels investing in exhaust gas cleaning unit did not make economic sense.

For owners with larger, newer vessels if they were happy with the concept of installing scrubbers, the decision very much hinged on a gamble on the future price spread between compliant very low sulphur fuel oils (VLSFO) and high sulphur fuel oil (HFO) which could still be used with a scrubber, and the resulting pay back period on the exhaust gas cleaning unit. Other factors also included timing and availability of yard space for installation, operating the scrubber once its fitted, maintenance and corrosion issues, and restrictions on use by coastal states.

On the key issue of the fuel price spread early indications when VLSFO first came onto the market in the first part 2019 were not positive, but given how thinly traded the volumes were also hard to draw any real conclusions from.

Numbers from classification society DNV GL in a presentation on scrubbers in 2018 estimated based on a 20MW scrubber with a price spread of $175 per tonne between HFO and low sulphur fuel the payback period would be 1.3 years for an open loop scrubber and 1.7 years for a hybrid unit. Should the fuel spread drop to just $40 per tonne there would be no business case for a 20MW scrubber, while a $100 spread would see a payback period of less than two years.

Indications are that in the short term as around 90% of the industry makes the switch to either VLSFO or marine gas oil (MGO) the spread could widen with Ship & Bunker reporting much steeper price rises for VLSFO than it is for HFO.

As well as for owners with scrubbers, the current prices look good for owners such as Euronav that stockpiled compliant at significantly lower prices – the company paid an average of $447 per tonne for 420,000 tonnes for compliant fuel bought between early 2019 and September. Although such a strategy does have a cost in terms of storage and most owners do not have spare ULCCs lying around, which was the case for Euronav.

Over the longer term what will have happen to the price spread is very much a guessing game. But it would seem unlikely that oil companies are going to want to sell HFO, which is essentially becoming a niche product, to the fuels that 90% of the market are using. The price of VLSFO will also likely settle down once the initial period of market adjustment is over.

Of course for owners fitting scrubbers who were a later to the party you may find that come 1 January 2020 your vessel is still sitting the yard, if its made it that far, rather than taking advantage of the fuel price spread as installations taking far longer than the 30 days touted by manufacturers. For containerships average installation time was estimated at 58 days for units fitted so far according to analyst Alphaliner.