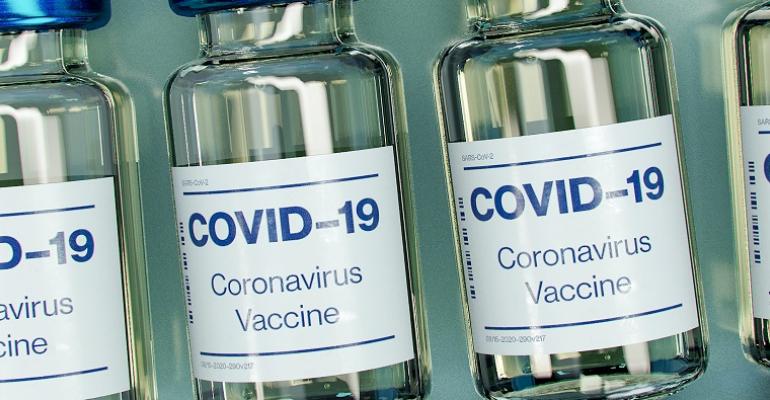 My sister-in-law, who lives in New Zealand, was telling us about the latest Covid controversy in that country, where the government has provoked the wrath of the waterside workers by suggesting that it should be made mandatory for them to be vaccinated against the disease as a condition of their employment. This, of course has led to enraged shouts about human rights, which, these days seem to trump everything, including common sense.

The rationale for this is obvious. If the disease is brought to the shores of their country by infected international seafarers, who might conceivably get a bit too close to a passing wharfie aboard their ships, then vaccination of the waterside workforce would provide a sensible measure of protection. An international seafarer, on the other hand, who knows that shore leave is not permitted in that well-protected country, might sardonically observe that it would make just as much sense if they would make available vaccinations for seafarers.

That option probably will not have occurred to the government of NZ any more than it is thought about by those in charge in many other countries in these times of pandemic. The priority around shipping is the “stuff” aboard ships and not many people, as they obsess about the “logistics chain”, ever think about the human beings who drive ships for a living. They have human rights too, but it is obviously somebody else’s job to think about them.

Meanwhile, the ships upon which all utterly depend, trade on, with their crews of unvaccinated and vaccinated seafarers aboard them, occasionally sparking a frisson of localised fear, when there is a notification of an infection aboard. They even sail on with the bodies of dead seamen aboard them, in the absence of sufficient humanity to permit the corpse to be landed for repatriation.

It is quite obvious that more could be done to provide an internationally acceptable vaccination service for this itinerant workforce, if the will was there. The Netherlands, among a minority of other nations, has made available such a service and there was a recent story about no fewer than 110 crew members of a cruise ship getting the jab on the quayside alongside their ship. We were told that the service had been organised by the Dutch government, the Royal Dutch Ship Owners Association KVNR and Arbo Unie.

One might say that if a cruise ship is going to get any customers as the sector gears up again, it is essential that all on board are protected and any owner will move heaven and earth to make this happen. Let’s face it, good commis waiters and sous chefs aren’t readily available. But should their rights for vaccination trump those of a boatswain on a bulker or a third mate on a containership?

Let’s be honest, the world managed to get by without the cruise sector for the past eighteen months, but it would have descended into chaos and starvation, if the crews of those bulkers, tankers and containerships had stopped operating their ships. So you might think that somebody – owners, managers, flag states, WHO officials - would have been loudly championing the priority of seafarers for vaccination, once approved jabs had been made available.

Frank Coles, formerly head of Wallem, bless his disruptive heart, was saying the other day that he was ashamed of the industry and even suggesting that only a mass withdrawal of labour would make people notice the plight of the seafarers. It won’t happen, of course in this fragmented industrial sector, where the labour force is predominantly drawn from the economically disadvantaged. But it was a great idea.

It would be marvellous if a message could be simultaneously transmitted from all the world’s ships, saying to the effect – “sorry; we won’t deliver your goods and take away all your exports until you expedite the global vaccination of seafarers and streamline their requirement for visas and travel.” They do it for aircrew, so why not seafarers? If wharfies in Whangarei can be jabbed double-quick (always supposing they consent), why not the crews of merchant ships, in all the ports of the world?