Sweating the assets – a bit of rest for seafarers? 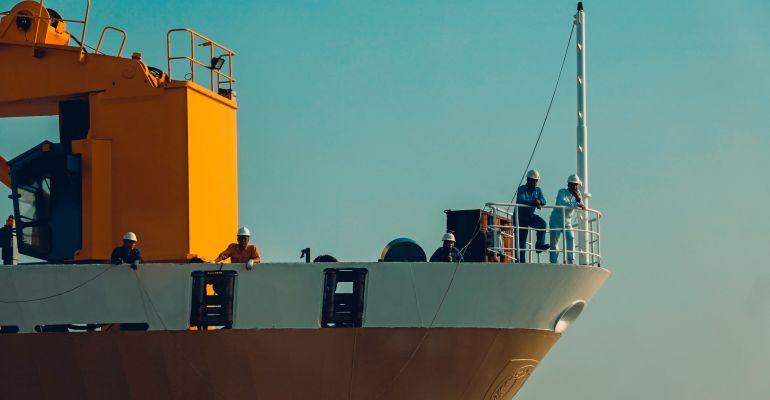 Smaller crews and growing regulatory burden mean more work for those onboard, but in an industry worried about mental health Michael Grey asks where is the priority for seafarer rest?

We were watching a warship tie up in a “civilian” port recently where normally merchant ships berth. It was one of the most sophisticated of its kind, vastly expensive, packed with amazing weaponry designed to deter the nation’s enemies, manned by a couple of hundred highly trained specialists whose expertise had been honed by long period of “working up” to peak performance.

The visit, however was not one of showing the flag, or to undertake some secret training evolution, but to give the crew a few days off - R&R - Rest & Recreation, it was termed and who could begrudge the hard-worked complement their short break?

It is conceivable that there was some grasping Admiral who was looking at the ship’s relative inactivity and asking why the vessel was not at sea on its martial tasks, not loafing about in port, but sensible people who run navies know that their employees are not robots and benefit from occasional R&R. It makes an interesting contrast with the attitude of those who run merchant vessels, who expect their voyages to be operated with optimum efficiency and their ships and those aboard to work 24/7, regardless of their state of exhaustion and to the very limits of their rest hours regulation.

Just imagine the sparks that would fly if a ship arrived in port and it was announced that no visitors would be permitted until the crew had been fully rested, with all the customs officers, agents, inspectors, stevedores, auditors etc forced to wait a few hours at the bottom of the gangway, until the ship was open for business. You can get something of the flavour of the reaction when a Master tells the company that the crew have exceeded their working hours and the ship must lie over before sailing. It most probably will not be one of cheerful and ungrudging consent.

There is a horrible term that probably emanated from American business colleges – “sweating the assets” – and when the assets are expensive ships being run by human beings who sometimes get a bit tired, that sadly is just what life at sea is all about these days.

Seafarers, who might in years past have looked forward to some time ashore in foreign ports now regard their arrival with some apprehension, as they know they will be stretched to the limits by the demands upon them. Crews which have been cut to the bone, justified by all the clever automation designed to make their life easier (but rarely does) will struggle to fulfil all that has to be done in a port call, not that the shore side would have let them have any shore leave in any case. And in an industry which now pretends to be obsessing about seafarers’ “wellness” and their mental health, while being careful not to prejudice the balance sheet, few in management seem to make any connections between the pressure to perpetually perform with insufficient bodies aboard and seafarers’ health and happiness.

It has been pointed out by serving seafarers that there is not much point in equipping ships with lavish recreational facilities (if only), when the hours in the day are just not available to use them. It probably won’t get any better, either as the new environmental pressures will make the sea passages longer, but port calls will become ever more frenetic and lost passage time must be made up. And there will be doubtless all sorts of clever equipment and software that operators will buy from clever salesmen, which will enable another crew member to be dispensed with, so there will be even greater sweat from the depleted human assets.

Maybe it is just part of the human maritime condition. In the middle of the last century there was a great story about one of the then liner lords who fiercely objected when his naval architect showed him a plan of the proposed officers’ accommodation on the new ship. He pointed to the space labelled “officers’ lounge” and roared –“my officers don’t have time to lounge around – they should be on deck- working!!!” Plus la change.