US offshore wind sector moving ahead 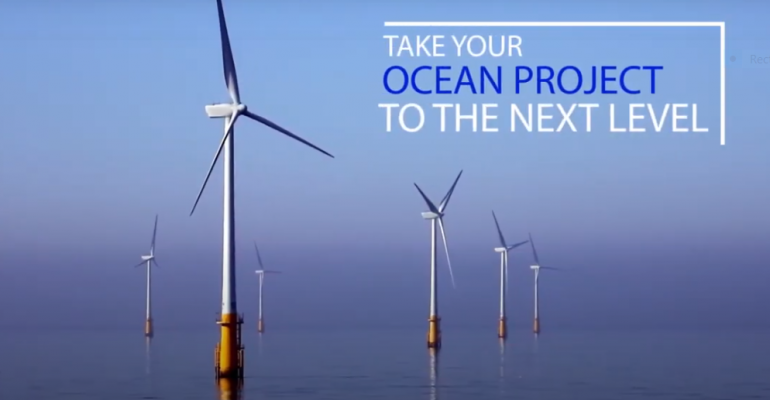 Offshore wind is whirring ahead in US waters, albeit on a slower trajectory than its most ardent supporters had hoped.

In mid-June, the Bureau of Ocean Energy Management (BOEM) issued a lengthy supplement to a previously issued draft Environmental Impact Statement for the Vineyard Wind project, with a solicitation for public  comments that will be open until end July.

Vineyard Wind, an 800-megawatt project to be built south of Martha’s Vineyard (Massachusetts) is  a joint venture of Copenhagen Infrastructure Partners and wind and solar power provider Avangrid Renewables (part of Iberdrola SA). The planned configuration would see deployment of 84 MHI Vestas turbines, of 9.5 mw each.

Proponents of the project expect that the Final Environmental Impact Statement (FEIS) will be issued by the end of 2020. An ongoing concern is the compatibility of turbine layouts with the robust fishing industry, with acceptable lanes for fishing boats to transit between turbine structures.

Offshore wind creates opportunities for US ports. In New Jersey, the Governor announced plans for “New Jersey Wind Port”, which could see an investment of up to $400m in a facility on the Delaware River not constrained by bridges. As envisioned, the facility- to be built on an artificial island, would provide staging and assembly of components for offshore wind projects up and down the entire East Coast (not just New Jersey).

A major impetus for this investment is New Jersey’s goal of sourcing 3.5 gigawatts (3,500 mw) of offshore wind generated power by the year 2035. Earlier this year, New Jersey chose Ørsted Ocean Wind to build the state’s first offshore wind project - dubbed “Ocean Wind”, rated at 1.1 gigawatts -, at a site off the coast of Atlantic City.

With individual states integrally involved in purchasing electrical power, there are strong political drivers for “local content”. However, for port infrastructure “at scale”, such as that planned for New Jersey, to be economical, a more regional approach would be necessary. As offshore grids are built out, this dichotomous situation will continue to vex planners.

Though developments in the Northeastern  S., which includes New Jersey, New York, Connecticut, Rhode Island and Massachusetts, have garnered much of the attention, other coastal regions are  also looking at wind power. In the mid-Atlantic region, Virginia-based Dominion Energy expects to complete a demonstration project (two turbines, each 6 mw) in Federal waters, off Virginia Beach - not far from Hampton Roads, also vying to be a hub port - by end 2020. This demonstration project, Coastal Virginia Offshore Wind, is in advance of a much bigger 2.6 gW deployment planned for offshore Virginia, with the current timetable showing construction beginning in 2024.

Also in the region, to the south, Avangrid Renewables is spearheading Kitty Hawk Wind, a proposed development of possibly 2.5 gigawatts to be sited off North Carolina’s Outer Banks.  Avangrid Renewables already has an important  foothold in the region having also developed Wind Farm East, an onshore wind farm in eastern North Carolina. Credits earned from selling of electrical power to the power grid will then be applied towards the power purchases for tech giant Amazon's data centers in the region.

So far, all the US offshore development plans and projects have  featured turbines affixed to the ocean floor. On the U.S. West Coast (where the seabed falls away quickly), following initial outreach by BOEM in 2018, governmental and environmental groups continue to explore ideas for floating installations.

In early July, the California Energy Commission announced that it would be holding an online workshop taking comments regarding sites for floating turbines off the coast of Central California- near Morro Bay and Diablo Canyon. In a sign of the times, comments will be solicited using a “Zoom” platform.