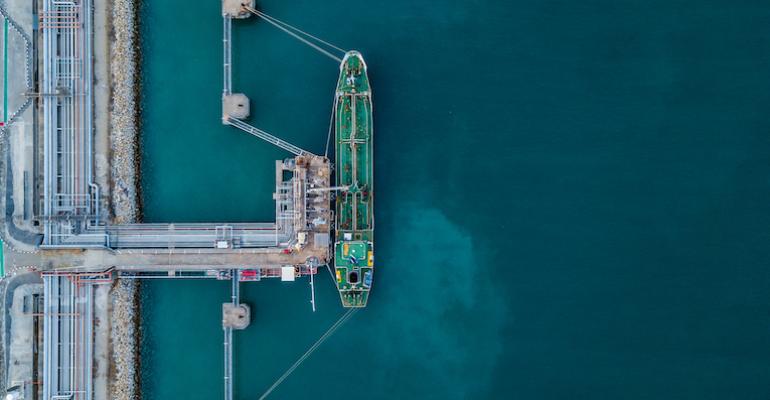 This year’s World Maritime Day is themed around “New Technologies for Greener Shipping” and Tam Pham from RightShip writes about the use of data to help in reducing emissions.

Environmental, Social and Governance (ESG) reporting has dominated headlines in every sector for some months now, with shipping no exception.

In 2018, the International Maritime Organisation introduced the target of a 50% reduction in total annual greenhouse gas emissions (GHG) for the maritime industry by 2050 (compared to 2008 levels). And at COP26, in Glasgow in 2021, 24 countries including the UK, France, Germany, Japan and the USA, signed the Clydebank Declaration for Green Shipping Corridors, which aims to introduce zero-emission maritime routes between two or more ports. 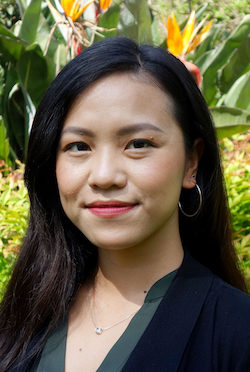 As COP27 approaches with more climate ambition, and governments worldwide introduce more stringent ESG reporting requirements, the opportunity for ports and terminals to differentiate themselves from other locations increases. By starting to think about their emissions now, they could become the green locations already leaving the starting line, in the race to net zero. The hope is that at least six green corridors will exist by 2025, with more following rapidly.

The maritime sector - including ports and terminals - is also facing increased pressure from those who live or work near their locations, with an estimated 230 million people within range of a port or terminal. To effectively strengthen environmental measures, from protecting and preserving marine ecosystems to improving local air quality and safeguarding coastal communities’ health and wellbeing, ports and terminals need to be able to measure and manage emissions and air quality in and around their hinterland.

That’s why, at RightShip, we launched our Maritime Emissions Portal (MEP), as the first building block in an ESG solution for the port and terminal sector. We worked with GeelongPort to enable them to gain carbon neutrality in November 2021 – the first port in Australia to gain Climate Active status.

GeelongPort in Victoria, Australia is the state’s second-largest port, handling more than 12 million tonnes of cargo. In 2021, there were 438 vessel visits. Operating over 90 hectares of land, with 15 berths, GeelongPort provides land, infrastructure and services to facilitate trade for some of Victoria’s largest businesses.

In 2019, GeelongPort launched a 20-year environment strategy. They wanted to understand their carbon footprint, to encourage more emission-efficient vessels to call at their port, and, over the long-term, aim to provide 100% of electricity needs from renewable sources, as well as achieving carbon neutral status via ‘Climate Active’ certification ​– an accolade shared by some of Australia’s most familiar names like Qantas and the city of Sydney.

Their strategy also laid out an ambition to ensure that all carbon emissions are offset, with a commitment to reducing Scope 1 and 2 emissions by 50% by 2030, and a promise to measure and reduce Scope 3 emissions.

Their determination to achieve these objectives, meant they came to the team at RightShip with several specific challenges, all based around the quality of the emissions data from vessels using the port.

They wanted to be confident about the carbon accounting methodology for commercial vessels, so they could have genuine and transparent conversations with the community living and working near their port, including a very active group of local residents. They also wanted to identify emissions hotspots when measuring vessel-based GHG emissions to inform their carbon reduction strategies.

To get to carbon neutral, GeelongPort first needed to understand the exact sources of the emissions they were dealing with, fitting this into a decarbonisation strategy looking at short, medium and long-term remits, with a view to offsetting the emissions they couldn’t reduce.

It was our job at RightShip to help them get to grips with their stats. They’d already done some work to understand the scope of their emissions, knowing for example that Scope 1 was emissions from their offices, their cars and other vehicles and machinery they used on site, Scope 2 encompassed their consumed electricity and heating and cooling.

Finally, examining Scope 3 emissions, including all indirect emissions such as business travel, waste disposal, purchased goods and services, and ships at berths, was where RightShip came in.

GeelongPort estimated that more than 90% of emissions (Scope 1, 2 and 3 combined) came from commercial ships coming in to dock at their berths. This meant that we set up their portal to cover very precise geographical zones – making sure they were measuring the right emissions from the right areas.

GeelongPort specifically wanted to focus on ‘alongside emissions’, when ships were berthed as they only manage these berths, rather than emissions out in shipping channels, or emitted by tugs and pilot boats, which are not under their scope of emissions.

The first set of results delivered in 2019 were - what might have been to some, unwelcome news - as vessel emission levels were actually higher than predicted by GeelongPort’s own previous figures.

Fortunately, their Sustainability team was sanguine about the findings. They understood and recognised they needed to know where they were starting from, in order to be able to manage emissions over a longer term and plan for improvements with their close-knit community members.

GeelongPort previously had to use arduous manual calculations to plot vessel-based emissions, which necessarily had to make general assumptions about the different vessels coming into dock, for example that most vessels would use a 600kw auxiliary engine. However, a crude oil tanker’s engine might be three or four times that size, meaning the sums didn’t add up.

GeelongPort has now been using the MEP for two years and clear reductions in certain emissions have already been recorded. For example, emission ‘falls’ were seen almost immediately following the IMO Pollution Prevention and Response recommendation limiting sulphur content in fuel oil used onboard ships, launched in early 2020.

And in November 2021, GeelongPort was declared carbon neutral – the first port in Australia to gain Climate Active status.

Encouragingly, they credit RightShip with helping them achieve that accolade, with Dr Lisa Mills CEnvP MAIOH Environment and Sustainability Manager for the port, saying: “The data RightShip provides is so critical for us – a trusted source of information and an integral part of our accounting process. MEP has enabled us to communicate confidently and transparently, and we’d encourage others to get on board and do the same.”