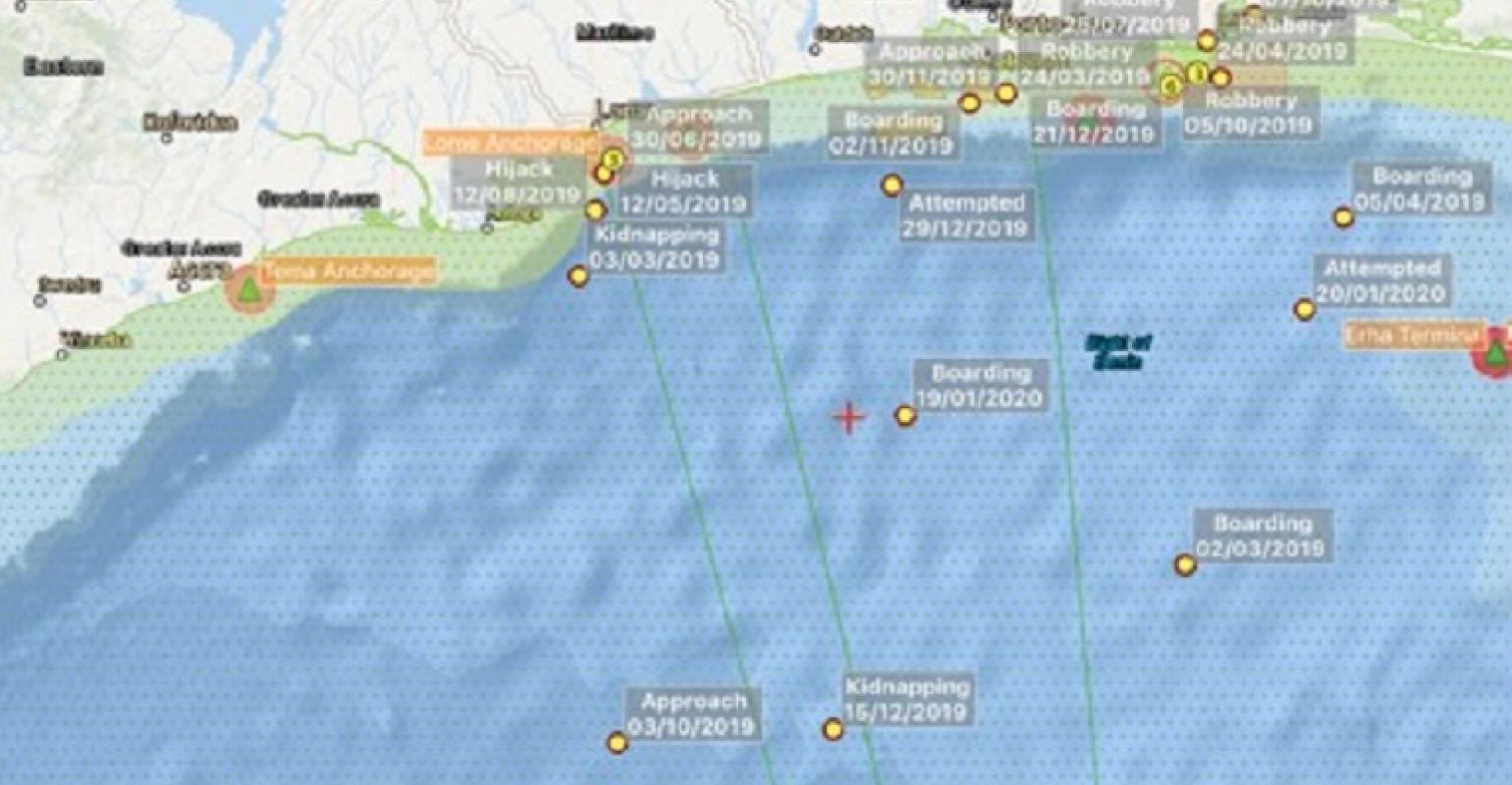 Nine seafarers kidnapped from tanker by pirates off Benin

Nine seafarers are reported to have been kidnapped by pirates from the tanker Alpine Penelope off Benin.

In the latest West African kidnapping incident the 74,400 dwt, tanker Alpine Penelope was attacked 76 nm southwest of Cotonou, Benin, while on transit to Lagos, Nigeria.

According Dryad Global the officer on watch saw two armed men onboard and an alert was sent before communications were cut. The report from Dryad said that nine of the 24 crew were kidnapped. The vessel was reported to then be proceeding to Lagos.

The fate of the kidnapped crew is unknown. The vessel is operated by Greek owner OceanGold Tankers.

“This latest incident has occurred only 11nm west from an illegal boarding event on 19 January 20. In this incident, the container ship Atlantic Discoverer was illegally boarded by two unknown persons with five persons identified as being alongside in a skiff,” Dryad said.

“Within 2019 the waters off Lomé and Cotonou witnessed an increase in both volume and severity of maritime crime incidents.”