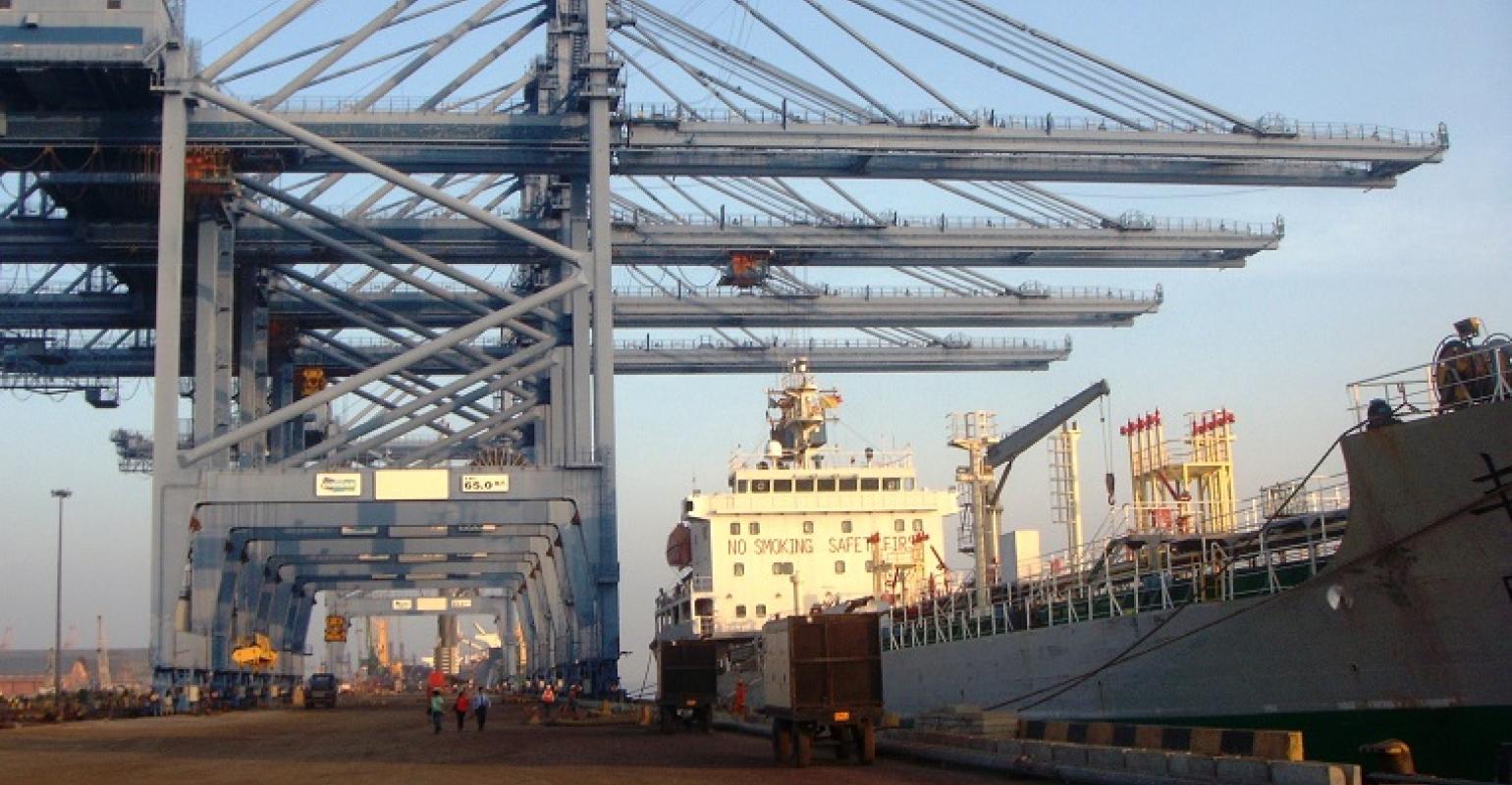 India’s largest private deepwater port on the eastern coast, Krishnapatnam, is being sold by the CVR Group to Adani Ports and Special Economic Zone (APSEZ), for an estimated INR55bn ($770m).

Unsustainable debt on the balance-sheet of Krishnapatnam Port Co Ltd (KPCL), combined with the abrupt cancellation by the Andhra Pradesh state government of the INR45bn Polavaram irrigation project won earlier by the CVR Group’s flagship company, Navayuga Engineering, has put the squeeze on the Hyderabad-based group, and forced it to fast-track the divestment of one of the jewels in its crown.

It is reliably learnt that the due diligence being carried out on KPCL by a team from the Ahmedabad-based Adani Group, from the beginning of November this year, has just been concluded, and the net worth of the port’s business ascertained, to determine the transfer price.

KPCL is 90.6% owned by the CVR Group, which has a highly diversified business portfolio with interests in power, steel, construction, port establishment, metro rail, bridges, IT, exports, and spatial technology and applications.

London-based private equity firm 3i Group plc had invested $161m in February 2009 for a 26% equity stake in the port. Over the past decade, 3i’s stake has eroded to 9.4%, currently valued at INR8.04bn; and the UK firm has been trying its best to sell its stake in the venture. The APSEZ deal will provide 3i with an exit route.

Adani will pick up a 72% stake in KPCL, while managing director Chinta Sasidhar, scion of the CVR Group, will continue to hold 28% of the equity. It is predicted that the present management will continue to run the port’s operations, and that Sasidhar will remain in his current position.

Krishnapatnam port started operations in 2008 and is about 180 km north of Chennai, it is a deep-draughted, all-weather port with modern facilities, and operates all 365 days of the year.

The port has a depth of 20.5 metres, and an alongside draught of 18.5 metres that can accommodate fully loaded Capesize vessels of 200,000 tonnes capacity, and a transit storage area of 6,800 acres.

Krishnapatnam was originally owned by the Andhra Pradesh state government, but was given to the CVR Group for development and operations on a 30-year build-operate-share-transfer (BOST) concession, beginning September 2004.

The port, which is being built in three phases, currently has a capacity to load 40-45m tonnes of cargo from 10 berths, including a 1.2m teu-capacity container terminal, which handled more than 500,000 teu in the financial year ended March 31, 2019.

While its regional competitors Kakinada and Chennai handled 18m tonnes and 53m tonnes, respectively in 2018-19, KPCL had throughput of 54.4m tonnes, including 41m tonnes of dry cargo.

KPCL had registered a 7% growth in its transhipment volume last year, in comparison with its performance in 2017-18, making it the largest transhipment port on the east coast of India.

Once the deal goes through, APSEZ will become even more powerful in the ports and shipping sector. Krishnapatnam will be the Adani Group’s third acquisition on the eastern coast, following the purchase of Dhamra port in 2014 and Kattupalli in 2016.

The company now owns nine strategically located ports and terminals on both coasts – Mundra, Dahej, Kandla and Hazira in Gujarat, Mormugao in Goa, Dhamra in Odisha, Visakhapatnam in Andhra Pradesh, Kattupalli and Ennore in Tamil Nadu – that have the capacity to handle a combined 395m tonnes of cargo, accounting for 24% of the country’s aggregate port capacity.

The Krishnapatnam deal will help APSEZ’s main promoter, Gautam Adani, to expedite the group’s vision of expanding its market share further, and handling 400m tonnes of cargo by the year 2025.