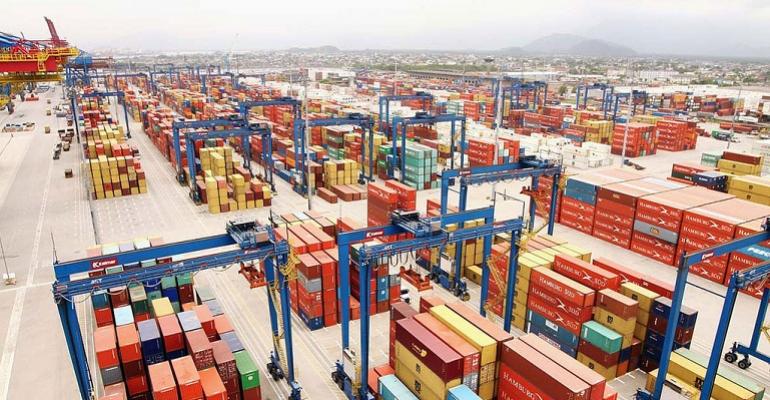 Brazil is seeking $4.2bn of private investment into the transportation sector and is specifically promoting opportunities in the port sector.

The Brazilian Minister of Infrastructure, Tarcísio Gomes de Freitas, will tour countries in Europe and the Middle East, where the state authority seeks investors interested in participating in port, infrastructure and transport concessions soon to be called by the largest South American country.

In Europe, the objective is to meet with the world's main infrastructure operators, including companies already operating in Brazil and companies interested in learning about the federal government's concession portfolio. The period coincides with the auction interval scheduled in Super Infra, the season of large concessions promoted by the Ministry.

The Brazilian Federal Government aims at attracting around $4.2bn in private investments for the transportation sector.

One of the port lease auctions is of the port of Santos, specifically two fuel areas, which are expected to receive around $188m from the private sector.

Related: ICTSI’s TecPlata to link Port of Santa Fe to Brazil and Asia

"It is always important to know, present and listen to market demands. In five days in the United States, we were able to meet with more than 40 different investor groups, and it will be no different on this trip to Europe and the Middle East. We see the great interest in the Brazilian infrastructure package, which is already a great reality and will transform the future of Brazil, " said the Minister.

From 2019 to date, the Brazilian government has boosted its logistics through concessions for 34 airports, six highways, six railroads and authorisations for private use terminals.