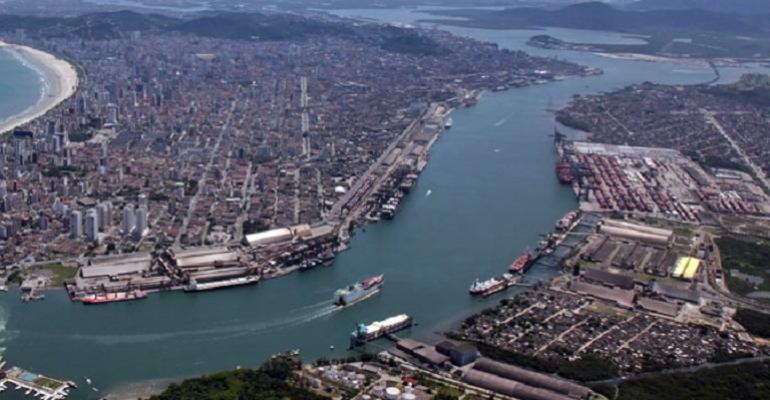 Brazil’s ports moved more cargo during January to April this year despite the spread of the Corona virus and its impact on the Brazilian economy.

Ports handled 341m tonnes in January-April, up 3.7% compared to the same period, a year ago, according to Brazil regulator ANTAQ.

Local economists point to China’s increase of imports of Brazilian commodities as driving demand. Exports to China rose 11.7%, driven by soybeans and oil, with growth of 41.5% and 44.5% respectively.

The Covid-19 impact was felt mostly in January when exports to China dropped 15. 3%, according to ANTAQ. It was also the month of the epidemic peak in China.

Brazilian iron ore exports – representing nearly a third of all cargo passing through the country’s ports in the four months – fell 6.21% to 109m tonnes since mining giant Vale reduced its production and exports.  Looking ahead, the country’s port sector is likely to continue expanding, ANTAQ said.

“The expectation for 2020 is an increase in total port handling. Exports and imports are expected to grow, mainly driven by the agricultural sector, with a strong harvest and increased demand from China, and by bulk liquids, oil and oil derivatives,” ANTAQ said.

In recent weeks, the infrastructure ministry announced a series of auctions to offer concessions for several terminals as the country plans to privatise and concession the port of Santos in São Paulo state, in 2022.

Porto Itapoá, the third largest container terminal in Brazil and the largest in the State of Santa Catarina, recorded cargo volume increase in containers 11.3% from January to May. Imports and transhipment operations grew by 7.4% and 53.6%, respectively during this period compared to 2019. Exports, which had stable numbers in relation to 2019, should maintain this trend, with a possibility of growth for specific segments, such as the reefer and timber sectors.

Super post-panamax vessels of over 330m in length have been docking docking in Porto Itapoá since 2017.