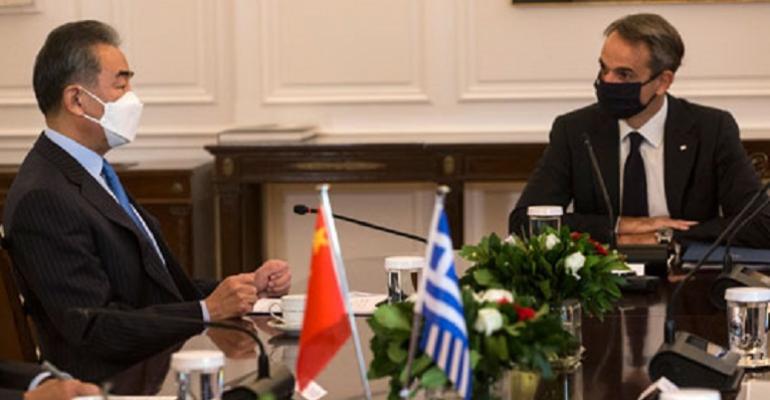 China’s Foreign Minister Wang Yi hailed Chinese investment in the port of Piraeus as he kicked off his European tour in Greece.

Minister Wang met with Greek Prime Minister Kyriakos Mitsotakis and Foreign Minister Nikos Dendias on 27 October to discuss a range of topics, from investments and security, to tourism and culture.

He pledged to boost cooperation between the two nations, with three key messages for both Greeks and people across the EU: The spread of the Olympic spirit, more investment and continued cultural connections between China and Europe.

“We’d like to continue our connection with Europe and the investment at the Piraeus port is part of the hard work we have put in building our ties and in the BRI [Belt Road Initiative],” said Wang.

“The investment has created many opportunities for Greece, but also created many job openings for locals as it became the largest port in the Mediterranean. This project is an example of our good relationship.”

“I had the chance to inform my Chinese counterpart about the worrying developments in the east Mediterranean, the instability role Turkey is playing in the area. Of course this area is thousands of kilometers away from China, but the instability in the area hold many worries and dangers for Chinese shipping and the development of global shipping, something that is very important for China,” said Dendias.

Foreign Minister Wang called it an ’emblematic’ project within the Belt and Road Initiative — a model for mutually beneficial cooperation – and a further step towards closing the gap between East and West.