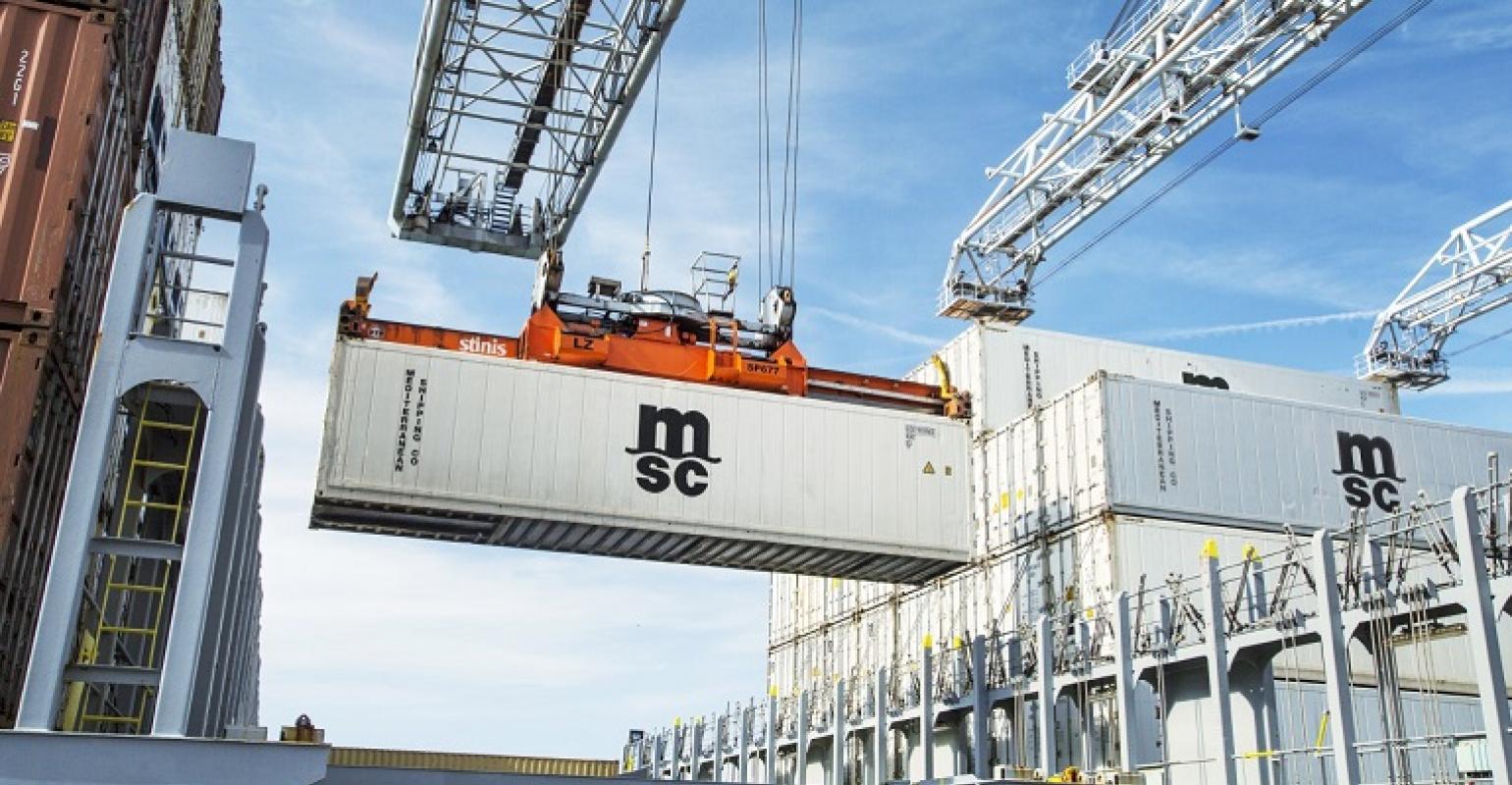 Container lines are diverting reefer cargoes bound for Tianjin Port in China due to congestion caused by inspections and tests for Covid-19.

Mediterranean Shipping Co (MSC), Ocean Network Express (ONE) and Hapag-Lloyd have all issued customer notices warning of a shortage of reefer plugs at Xingang Terminal in Tianjin due to Covid-19 tests.

“The Covid test procedures related to import reefer cargo are slowing down the operations in the port of  Xingang  (China) , where reefers keep lying on quay, occupying all the available the plugs. MSC cannot secure the discharge of reefer containers at the designated port where power source may be not available,” MSC said in a notice.

Similar conditions were reported by ONE and Hapag-Lloyd, the latter noting vessel berthing schedules were being delayed due to the congestion.

As a result lines are diverting reefer cargoes to alternative Chinese ports.

Related: ONE implements $1,000 per reefer container surcharge for Shanghai and Xingang

“Despite every effort, it was not possible to timely discharge all reefer containers in Tianjin and subsequently diverted to alternative ports such as Qingdao, Dalian, and other China Ports or keep the cargo at Busan. We anticipate that this situation, which is beyond Hapag-Lloyd’s control, and will continue for the upcoming weeks,” Hapag-Lloyd said.

ONE told customers that due to the congestion in Tianjin, “This may result in extended period of storage of inbound reefers at transhipment port or the discharge of reefer containers at an alternative port without prior notice.”

ONE is applying a $1,300 per container surcharge for reefers destined for Tianjin/Xingang, but will waive the fee if customers nominate another port of discharge.

For existing reefer shipments to Xingang MSC warned that should containers be discharged at alternative or intermediate ports, or the voyage abandoned shippers would be charged additional freight and costs such as storage and demurrage.

With immediate effect MSC said it would not be able to ship reefers to Xingang.

“In view of the above scenario it is envisaged that portions of reefer business could chose alternative Chinese Port(s) of Discharge where it is expected that the same situation observed in XINGANG would rapidly replicate,” the line warned.