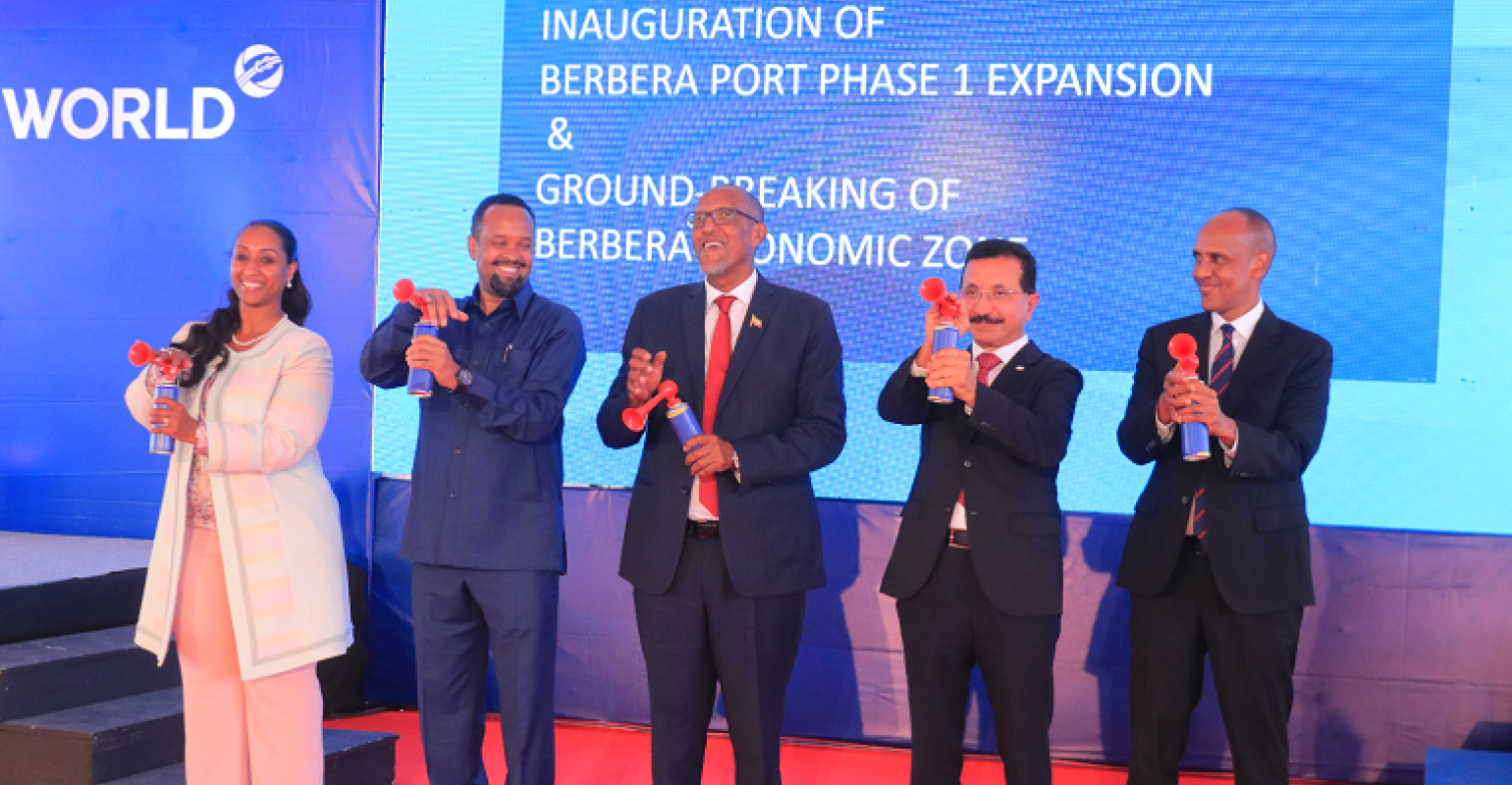 DP World and the Government of Somaliland, have inaugurated the new container terminal at Berbera Port, following completion of the first phase of the port's expansion.

The new terminal was officially opened by the President of Somaliland, Muse Bihi Abdi, and Sultan Ahmed bin Sulayem, Group Chairman and CEO of DP World and included a symbolic ground-breaking for the new Berbera Economic Zone, the first phase of which is under construction.

The new container terminal, with a draught of 17m, a quay of 400m and three STS-gantry cranes, can handle the largest container vessels in operation today and increases the port's annual capacity from 150,000 teu to 500,000 teu.

The terminal also includes a modern container yard with eight gantry cranes (RTGs). A new port One Stop Service Centre is also currently being built and will be ready in the third quarter of this year.

DP World has committed to investing up to $442m to develop and expand Berbera Port, and Sultan bin Sulayem announced that work is already underway to further expand the port in a second phase. This includes extending the new quay from 400 metres to 1,000 metres, and installing a further seven STS gantry cranes, increasing the total from three to 10, enabling the port to handle up to 2m teu and simultaneously multiple large container vessels.

The economic zone, strategically located, is linked to the port and will serve as a centre of trade with the aim to attract investments. It will target a range of industries, including warehousing, logistics, traders, manufacturers, and other related sectors. 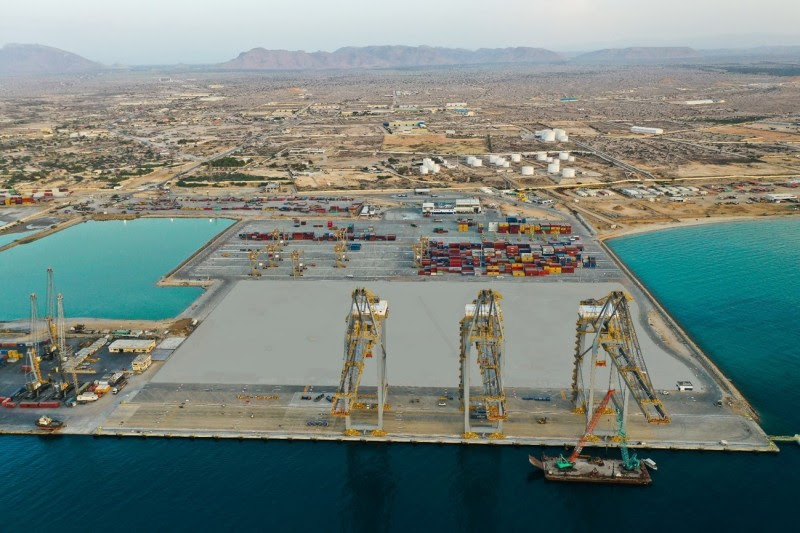 "This is a proud and historic moment for Somaliland and its people, as the completion of the first phase has made our vision of establishing Berbera into a major trade hub in the region a reality. With the new terminal, along with the second phase of expansion and economic zone along the Berbera corridor, we are now firmly positioned to further develop and grow our economy through increased trade, attracting foreign direct investment and creating jobs," said President Muse Bihi Abdi.

"Our further expansion of the port in a second phase, and its integration with the special economic zone we are developing along the Berbera Corridor, reflects our confidence in Berbera and intent to develop it into a significant, world-class centre of trade. It will be a viable, efficient and competitive option for trade in the region, especially for Ethiopian transit cargo," commented Sultan Ahmed Bin Sulayem.

DP World Berbera, which began operations at the port in March 2017, has since increased volumes by 35% and vessel productivity by 300%, and reduced container vessel waiting time from four to five days, to only a few hours.