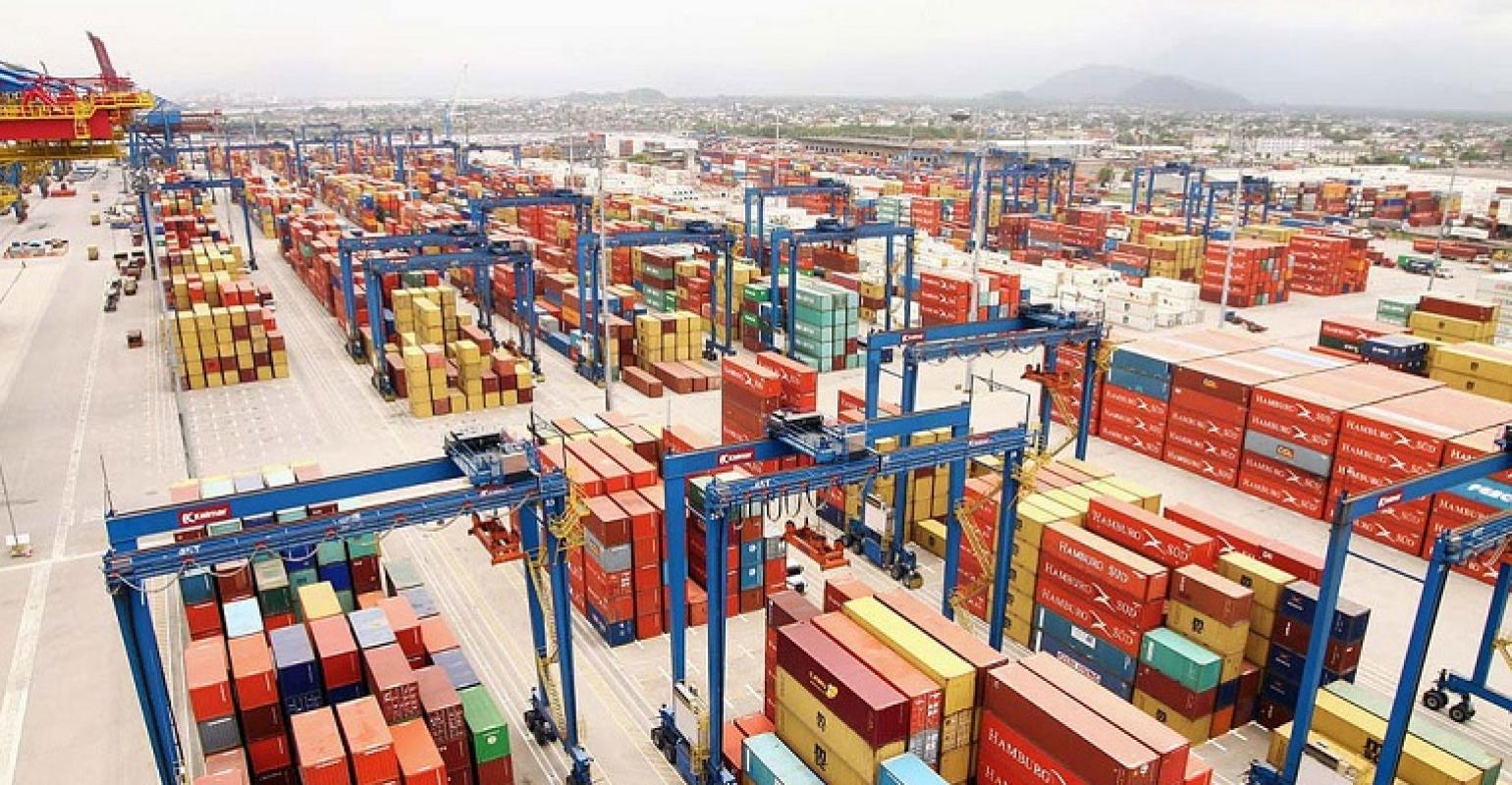 The Port of Santos, Brazil, has started the work of deepening the pier and reinforcing the structure for the installation of rails for new ship to shore cranes TECON Santos - the largest container terminal in South America, located on the left bank of the Port of Santos.

The work is the next stage of the terminal's modernisation and expansion project and requires investments of approximately $18m and a duration of 15 months.

The work will be carried out along 1,090 metres of the mooring dock (from cradles 1 and 2 of TECON Santos and TEV - Vehicle Terminal) and will increase the maximum depth of the dock to 16 metres. Currently, cradle 3 of TECON already has 16 metres of depth.

There will also be reinforcing the pier structure to receive rails for the new state-of-the-art gates that are part of the terminal's modernisation project. The first two gates - out of a total of eight - have already arrived at TECON and started operating on 3 April.

The new work, for which the construction company Piacentini do Brasil was hired, will be carried out in parallel with the other work already underway in the terminal, whose investments add up to $27, and which increases the extension of the berth from the current 1,290m to 1,510m.

With the conclusion of the two work fronts, scheduled for mid-2021, the entire extension of the TECON Santos and TEV berthing piers will have a maximum depth of 16m.

The project to expand and modernise TECON Santos is fundamental for the Port of Santos and Brazil’s foreign trade. It will allow the terminal to receive up to three post-panamax vessels (366 metres) simultaneously, adapting it to the new category of vessels planned to call at the port in the coming years.

The company has a long-term vision and does not intend to change its investment plan due to the crisis caused by Covid-19, explained Antonio Carlos Sepulveda, president of Santos Brazil. "The port sector has strategic importance for the country and our responsibility to society requires that we are prepared to meet future demands with quality", he said.

The total investment foreseen in the expansion and modernisation project of TECON Santos is around $270m in updated values. It increases operational productivity, energy efficiency, speed, and flow of the operation and increases the terminal's handling capacity by at least 20%, from 2m teu to 2.4 teu per year. It will make it possible to efficiently meet the demand forecast for the port, with the arrival of the Post-Panamax ships, increasing the level of service and the experience of TECON Santos users.

The current cycle of investments in TECON Santos began in 2018.  Since then, the Company has invested more than $31m in the modernisation of TECON Santos, totalling $42m in all its business units, between 2018 and 2020.