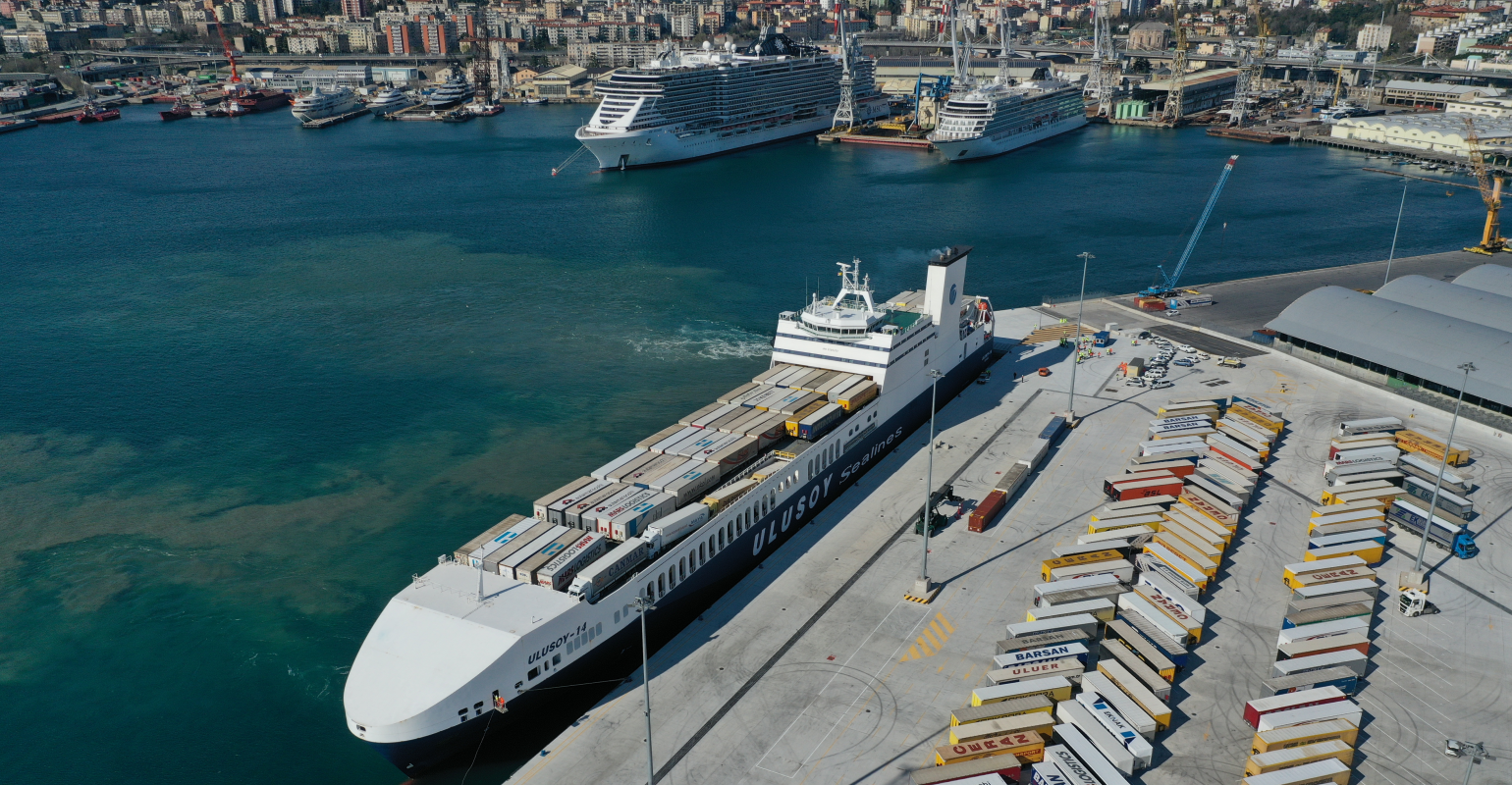 The Ulusoy 14 belonging to Ulusoy Sealines began a weekly service between Cesme, located west of Izmir in Turkey, and the Adriatic port of Triste, carrying trucks, trailers and swap body containers. The vessel has a length of 208 metres, capacity of 4,100 lane metres and was able to discharge with the assistance of a 35 metres wide ramp, installed by the terminal to cater for the latest generation of RoRo vessels deployed in the Mediterranean.

The HHLA PLT Italy terminal occupies a total area of 27 ha within the Free port of Trieste. Container and RoRo traffic is handled in the newly developed southern section—already equipped with the first of two new mobile cranes and having four additional eco-additional reach stackers also on order—while the northern section handles mostly general cargo and logistics transport.

HHLA took over 50.01% of the Plattaforma Logistica Trieste (PLT) terminal in early January this year after completion of a deal first agreed last September.

A team from HHLA International has been working in recent months on integrating the Trieste multipurpose terminal into the wider HHLA Group, with the stated aim of it becoming “an important southern hub within our port and intermodal network.” HHLA rail subsidiary Metrans already connects the Port of Trieste with its European intermodal network.