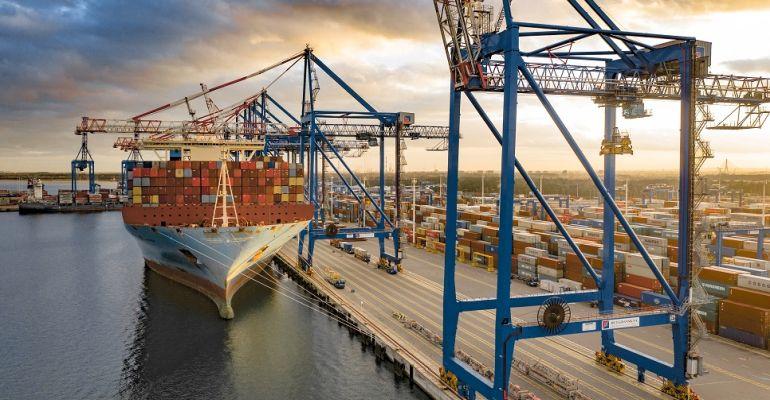 Poland’s port of Gdansk has forecast the handling of more than 48m tonnes of cargo in 2020 despite disruption to global trade caused by the ongoing coronavirus (Covid-19) crisis.

The port of Gdansk said it handled 36.2m tonnes in the first three quarters and is on course to handle the same amount of cargo it did in 2018 and just under 52.2m tonnes it managed in 2019. The performance means the port of Gdansk has broken into the top 20 biggest ports in Europe for the first time ahead of Genoa and Dunkirk.

Lukasz Greinke, president of the port of Gdansk, said that the strong tonnage levels are testament to the port’s agile set-up and infrastructure which enables it to transport cargo of all types adapting to changing market conditions.

“We recognise what a challenging time this has been for all our customers and we have done all we can to keep Poland and our hinterland supplied throughout the coronavirus crisis including with vital medical equipment,” Greinke said.

He pointed out that imports of iron ore have soared by 6,344%, grain volumes have spiked by 174% and other bulk cargoes were up by nearly a quarter. These three cargo types have picked up the slack of reduced demand for fuel and coal.

“The spike in ore imports has been dramatic from around 5,000 tonnes in 2019 to 330,000 tonnes this year - the highest for 20 years. In terms of fuel we were anticipating a drop in demand with fuel shipments which were inflated in 2019 by the ‘chloride crisis’. This resulted in more fuel being transported by sea after Russian oil imports into Poland were suspended after chloride was found in the pipeline. However, demand for fuel and coal was then even harder hit because of Covid. Nevertheless, we are now seeing fuel and coal volumes pick up in quarter four,” Greinke explained.

“Looking at the current levels we forecast that 2021 should see more than 50m tonnes of cargo handled and it is our objective to break 60m tonnes in the next three to five years.”

Meanwhile, the port continues to commit to further infrastructure investments to address specific needs of businesses based at the port.

“We will be rebuilding the Bytomskie Quay for the Anwil terminal. The plans will include the reconstruction of the Rudowe III Quay and the extension of the mooring line in the Gorniczy Basin which will enable large mobile handling equipment to move on this quay. We also plan to rebuild the road and rail infrastructure at the back of the Przemysłowe Quay.  As part of the planned reconstruction of the road and railway infrastructure at the Przemysłowe Quay, around 6km of railway tracks and 1.6km of roads will be modernised or built,” Greinke shared.