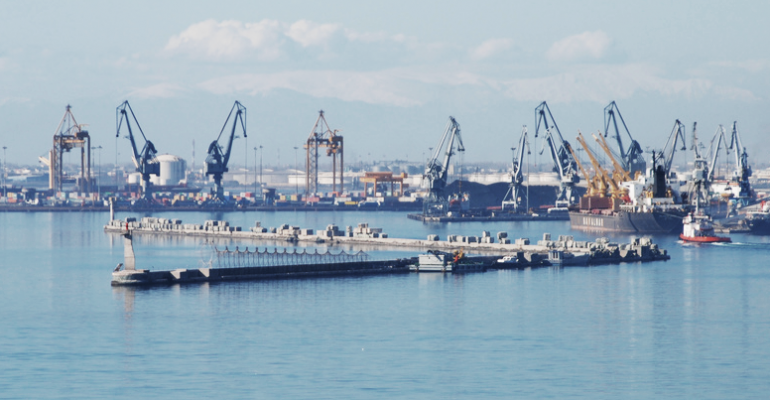 Port of Thessalonik
Greek plans to privatise second tier ports in the country are attracting interest from companies in US, China, Israel, Russia, Italy and Germany.

State control of the country’s two largest ports, Piraeus and Thessaloniki has already been relinquished and the process is in full swing for the management of at least another half dozen to be handed to private operators.

Piraeus is managed by China’s Cosco Shipping and Thessaloniki by Belterra Investments, which is owned by Greek-Russian businessman, Ivan Savvidis.

Companies from the US, China, Russia, Israel, Italy and Germany, have already set their sights on ports, from Alexandroupoli in the north to Iraklion in Crete, and from Igoumenitsa, Astakos and Corfu in the west to Volos and Kavala in the east and northeast to Lavrion and Elefsina, both within the reaches of Athens.

The US alone is currently seeking a stake in the ports of Igoumenitsa, Kavala and, potentially, Volos via private American companies but with funding from the US International Development Finance Corporation (DFC).

Greece’s Development and Investments minister, Adonis Georgiadis March 3 was on the phone with DFC’s chief operating officer, David Marchick, discussing opportunities to expand DFC’s work in Greece under the Biden administration. The discussions came as Greece's privatisation agency, the Hellenic Republic Asset Development Fund (HRADF), began mulling bids for Alexandroupoli, Kavala and Igoumenitsa. A short-list is expected to be ready to submit binding bid in three or so months.

Alexandroupoli and Kavala are being developed as energy hubs linking the Aegean with Central and Eastern Europe.

Regarding Igoumenitsa the Thessaloniki-controlling Belterra Investments has shown a keen interest. On the one hand, it wants Thessaloniki to become the premier port for the wide Balkan region; on the other, it wants access to the Adriatic Sea, which Igoumenitsa – easily connected to Thessaloniki via the Egnatia Highway – offers.

In must be noted Greece has introduced two main safety valves into the agreements of all ports already privatised or under privatisation. In order to lease them, always for a finite duration, Greece demands significant, binding investment in infrastructure in order to maximise the benefit to the economy and ensure that only quality investors apply. Further, it has inserted in all lease agreements a clause according to which it can refuse access to the port to any ship whose presence it considers detrimental to national interest and security.

The Greek state also retains a minority interest in most ports and enters into shareholder agreements that limit the investors' capability to unilaterally make major business decisions while  business activities in Greek ports are known to be under the constant careful scrutiny of Greek security and intelligence agencies.