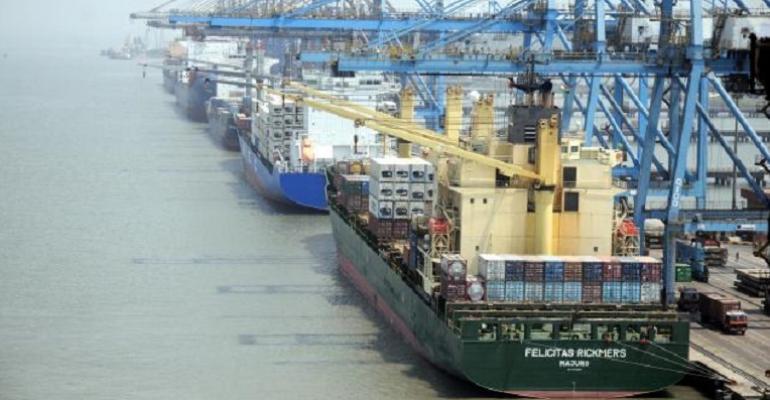 The Indian government has approved the Major Ports Authority Bill aiming at improving the efficiency of major state-run ports.

Approval was granted on 12 February, at a meeting of the Cabinet, chaired by Prime Minister Narendra Modi.

Earlier, the Bill had been introduced in the Lok Sabha, India’s Lower House of Parliament, in 2016, and had thereafter been referred to the Parliamentary Standing Committee, but lapsed after the dissolution of the previous Lok Sabha.

"At present, the ports are governed by a ports law that is more than half a century old,” said Shipping Minister Mansukh Lal Mandaviya. “The Cabinet today has approved the Major Ports Authority Bill that will be introduced in the ongoing session of Parliament, and replace the existing law.

“The new Bill is aimed at enhancing the overall efficiency, productivity and competitiveness of the major ports, and to provide them with operational autonomy to assist speedy decision making. We are looking to modernise the institutional framework of the major ports. This will not only boost India’s exim (export-import) trade, but generate employment.”

A proposal was recently mooted at Cabinet level to have a 13th major port, to handle 20m teu per annum of container traffic, at Vadhavan, about 160 km north-west of Mumbai, near the border between Maharashtra and Gujarat states.

The 12 major ports, between them, handled 699.04m tonnes of cargo, representing approximately 60 per cent of the country’s seaborne cargo, during the financial year 2018-19, according to the Indian Ports Association (IPA). The growth at these ports, that had handled 679.37m tonnes cargo in fiscal 2017-18, was driven mainly by higher handling of coal, fertilisers and containers.

“The volume of India’s seaborne cargo, which touched 1.17 billion tonnes in 2018-19, is essentially in the nature of derived demand, and is mainly shaped by the levels and changes in both global and domestic activity,” Mandaviya said.

The share of major ports in the country’s cargo throughput, which had declined continuously in relation to the private ports, until 2014-15, has been on the increase since that year, according to the Ministry of Shipping.

Traffic handled by about 200 minor ports, either in the control of the state governments or private players, has been on the decline since 2014-15, and touched 466m tonnes for fiscal 2018-19. An exception was Mundra, the country’s largest private port, owned by the Adani group, which became the first Indian port to cross the 200m tonnes cargo mark – in fiscal 2018-19.