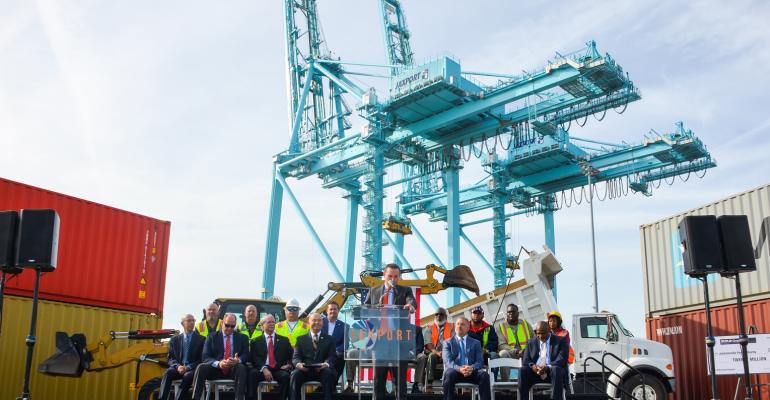 The SSA Jacksonville Container Terminal is an expansion of SSA’s current leasehold at Blount Island and includes $238.7m in infrastructure and equipment upgrades.

Operations will continue throughout the redevelopment, which is expected to be complete in 2023—coinciding with the completion of the federal project to deepen the Jacksonville shipping channel to 47 feet. Harbour deepening is ahead of its original schedule and anticipated to be finished later that year, based on continued funding.

Related: Jaxport gets $20m in federal funds for improvements

The SSA Jacksonville Container Terminal is a public-private partnership between Jaxport and SSA Marine, with more than 65% of the landside improvements being funded by SSA Marine.

The improvements underway at the terminal will raise its capacity to 700,000 teu annually. Berth upgrades are expected to be completed in 2021 to simultaneously work two post-Panamax vessels. The Jacksonville Harbor Deepening Project includes the construction of a vessel turning basin that will allow larger vessels calling on the terminal to turn at Blount Island.

The SSA Jacksonville Container Terminal has 80 acres of operational space, with the option to grow up to 120 acres. The facility has three post-Panamax electric cranes and expansion plans include the addition of three more state-of-the-art container cranes. 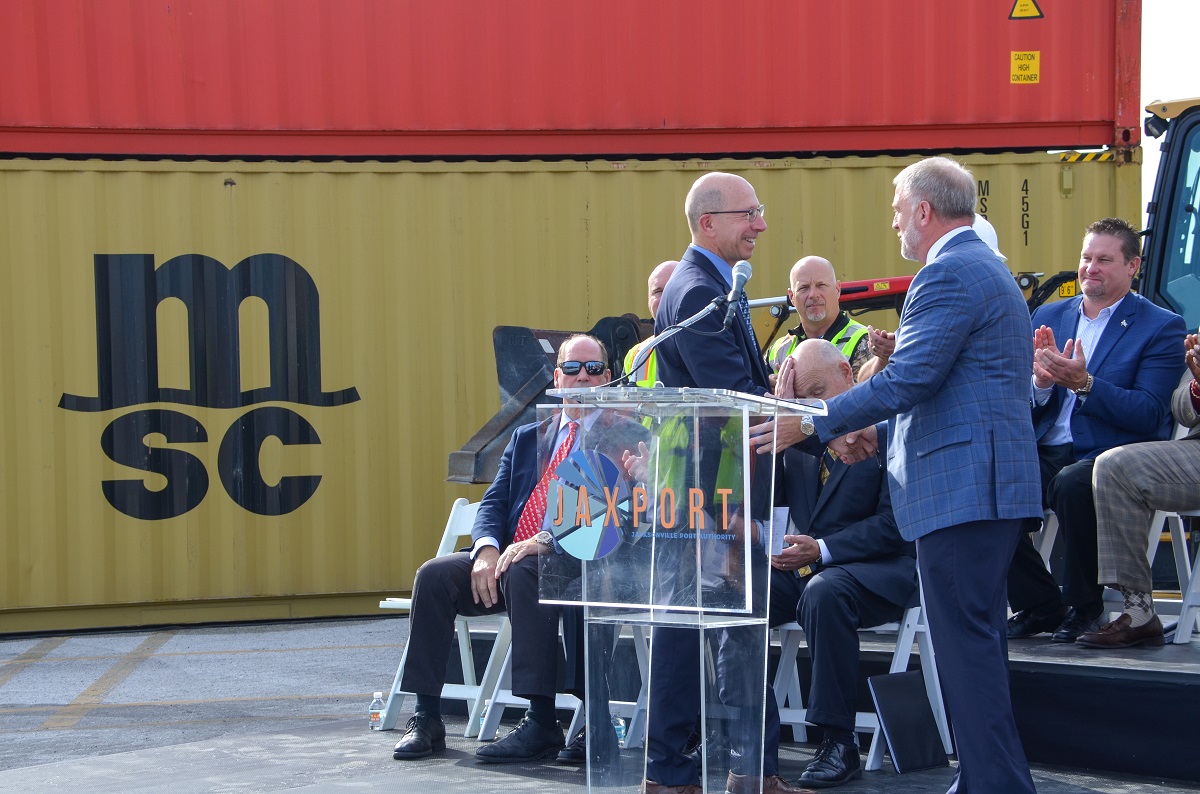 During the groundbreaking, Admiral Buzby formally presented Jaxport with a previously awarded $20m grant from the US Department of Transportation. The grant will fund the terminal expansion and increase its capacity.

“An investment in the Port of Jacksonville delivers benefits for the local economy and for American workers. It is a central part of President Trump and Secretary Chao’s belief of investing in infrastructure to grow our economy and create jobs,” said Admiral Buzby.

“This facility represents a milestone in the evolution of our port,” said Jaxport vice-chairman Jamie Shelton. “Together, with the support of Secretary Elaine Chao, our federal, state and local partners, and SSA Marine—we are investing in our region’s future and ensuring JAXPORT can continue to create more jobs and economic opportunity for the people of Northeast Florida.”

“There is no doubt about it, Jacksonville’s port is on the rise,” said SSA Marine vice president of project engineering and implementation, Ari Steinberg. “This public-private partnership enables SSA to provide a world-class facility for our customers while investing in Northeast Florida—a community in which we have proudly served for more than four decades.”

The facility is a 4-mile dray from Jaxport’s Intermodal Container Transfer Facility, offering direct service to and from Atlanta and Chicago, with additional service from Detroit.