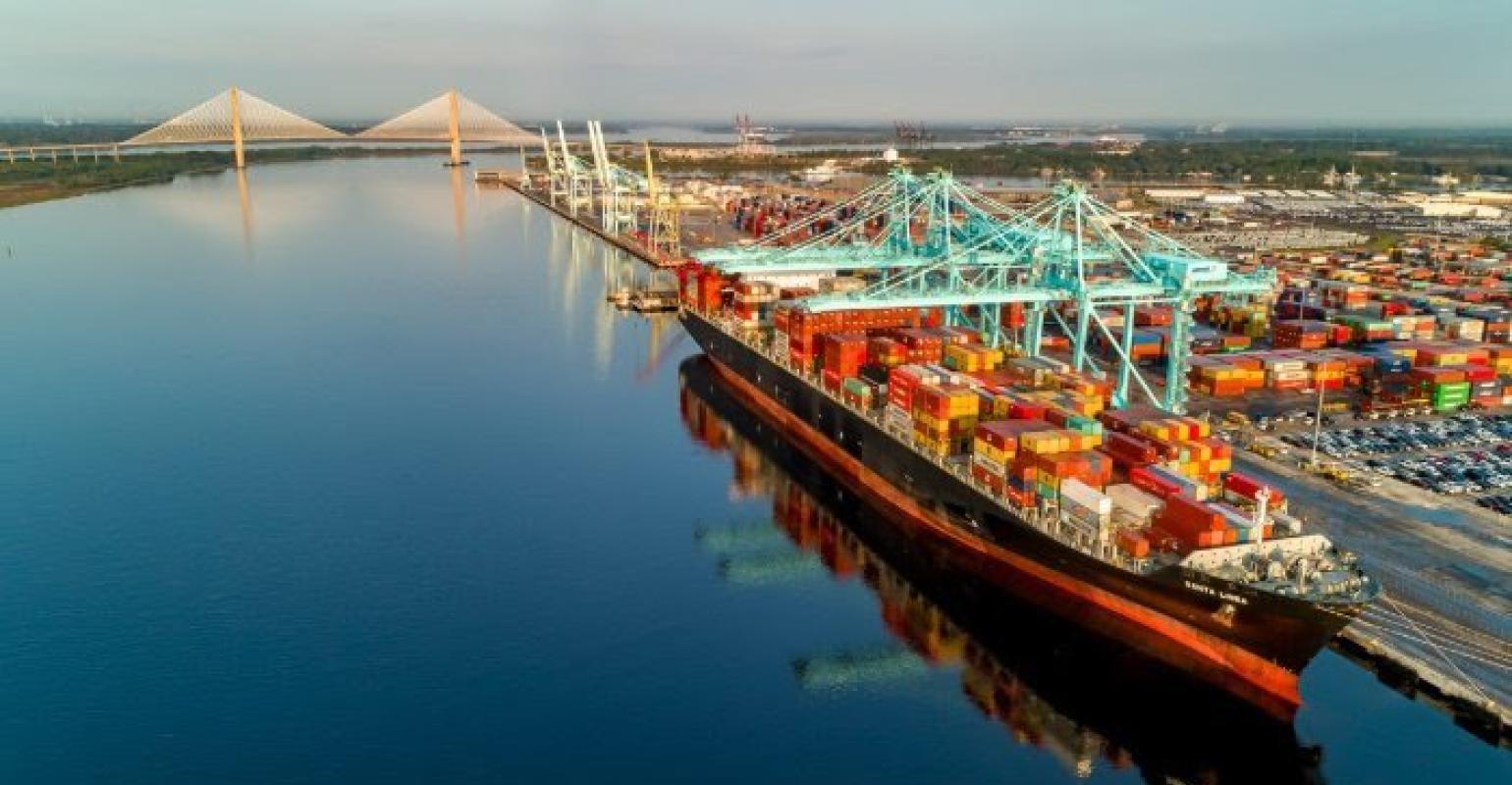 Jaxport gets $20m in federal funds for improvements

The US federal government has awarded the Jacksonville Port Authority (Jaxport) a $20m grant for the reconstruction of more than 100 acres of existing terminal pavement at the SSA Jacksonville Container Terminal at Blount Island Marine Terminal.

The funding is part of a $238m plan to expand and upgrade the facility, with more than 65% of funds coming from private partner Seattle based SSA Marine.

The planned enhancements will increase efficiency and allow the terminal to accommodate more containers on an expanded footprint.

Once completed, the facility will be able to handle approximately 425,000 teu annually. Other improvements to the terminal include storm drainage, enhanced lighting, signage, utilities and more.

“The continued demonstration of support from our state and federal partners shows that the future of Jaxport is strong,” said Jacksonville Mayor Lenny Curry. “As we continue to expand the capabilities of our port, jobs and economic growth will follow.”

“The award of this highly competitive grant speaks volumes about the significance of this project to the economy of our region and country,” said Jaxport ceo Eric Green.

The SSA Jacksonville Container Terminal is a public-private partnership between Jaxport and Seattle-based SSA Marine, a division of Carrix a global multimodal transportation Group.

Last March, the Jacksonville Port Authority, in Florida, and SSA Marine signed a 25-year agreement, with two five-year renewal options for the development and operation of a $238.7m international container terminal.

The terminal, SSA Jacksonville International Gateway Terminal, will be an expansion of SSA Marine’s current leasehold at Blount Island and will add 80 acres of space for terminal operations with options to grow up to 120 acres with deep-water berths for large Post-panamaxes.

SSA Jacksonville International Gateway Terminal will have a vessel turning basin and deep-water access of 47 feet upon completion expected in 2023 of the Jacksonville harbour deepening project.

SSA Marine is to contribute up to $129.7m for the use and upgrades of the facility, including the addition of three new 100-gauge container cranes. Jaxport will complete $109m in berth rehabilitation and upgrades already underway which will allow the terminal to simultaneously accommodate two Post-panamax vessels.

A recent economic impact study found that cargo activity at Jacksonville’s seaport generates more than 26,000 jobs in Northeast Florida and supports nearly $31.1bn in annual economic output for the region and state.