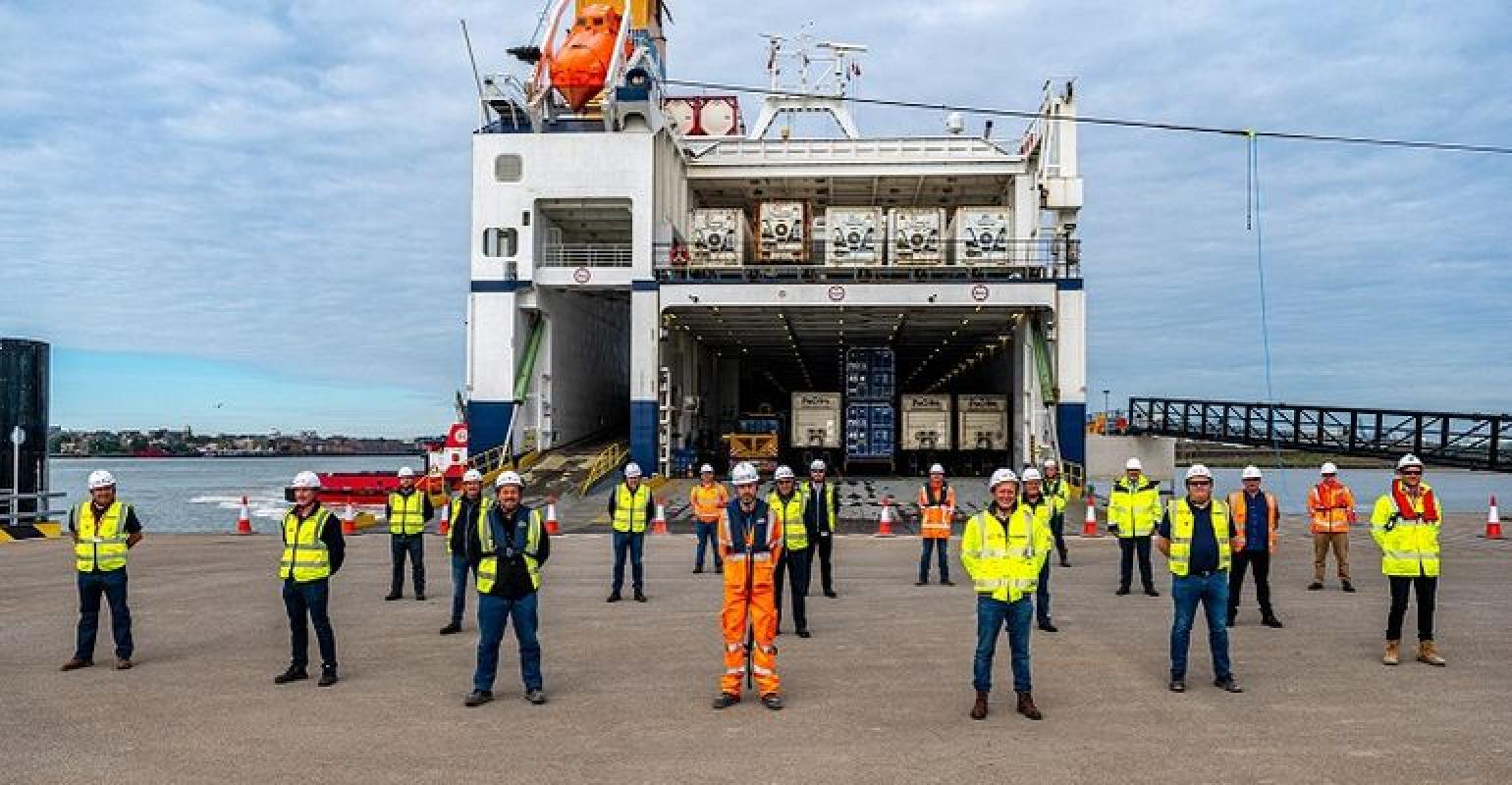 Forth Ports reports that Tilbury2’s new roro terminal for unaccompanied freight is due to open at the London port this coming week following the completion of successful ship trials by P&O Ferries’ chartered vessels Bore Song and Norstream last weekend (pictured).

The ferry terminal has a capacity of 500,000 units and will operate in partnership between the port and P&O Ferries. It forms part of the GBP200m ($244m), 160-acre Tilbury2 development, effectively a new port at the former Tilbury Power Station on the north bank of the River Thames on the outskirts of London, close to existing Port of Tilbury facilities.

Opening of the new facility follows hard on the UK Government’s awarding of grants totalling GBP35m to support 16 roro routes between the UK and the Continent and Ireland. These have been designated Public Service Obligation routes for the next nine weeks during the COVID-19 mandemic, the grants being split between P&O Ferries, DFDS, Brittany Ferries, Stena, Seatruck and Eurotunnel.

The UK Department for Transport announced that the awards had been made to safeguard supplies of critical items such as food and medical goods, with the routes chosen “previously at risk of closure due to drop in demand as a result of COVID-19."

Separately, newspaper the Financial Times reported last week that the UK Government was working to bolster roro capacity at other East Coast ports besides Dover in the run-up to Brexit at year-end, for fear industrial disruption at Port of Calais might impact the flow of vital supplies to the UK.