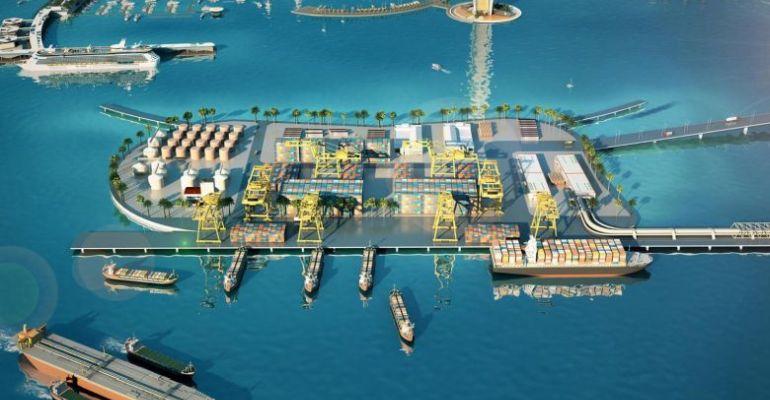 An artist's impression of the Melaka Gateway port project
Malaysia’s state government has reportedly scrapped a MYR43bn ($10.5bn) port project off the coast of Melaka due to delays in reclamation works.

In a letter by the Melaka government dated 16 November and seen by Singapore’s The Straits Times, it was mentioned that the developer of the Melaka Gateway project has failed to complete the reclamation works after three years as contracted. The contract was signed on 4 October 2017.

The developer, however, has called the termination “unfair”.

The deepsea port project had been touted as the largest in the region, including an international cruise terminal, bungalows, condominiums, hotels and theme parks.

The port project was a venture between Malaysian firm KAJ Development and China’s PowerChina International. It requires the reclamation of three islands off Melaka, two of which would be man-made.

The Chinese partner has since left the venture, The Straits Times reported.

Michelle Ong, ceo of Melaka Gateway, revealed that MYR700m has been spent on the port project so far.

“We have managed to bring in tens of billions in FDI (foreign direct investments). We have various investors,” she told a news conference held in Kuala Lumpur on Saturday.

Ong added that investments obtained for the deepsea port totaled MYR3.8bn, while the cruise jetty had brought in investments of MYR1.4bn.

The Melaka Gateway project was planned with the ambition of overtaking Singapore as the largest port in the region. The project was seen as part of a wider port alliance between Kuala Lumpur and Beijing to increase bilateral trade and boost shipping and logistics along the Malacca Strait and China’s Maritime Silk Road.