Meet the new US ‘Ports Czar’

Photo: US Department of Defense 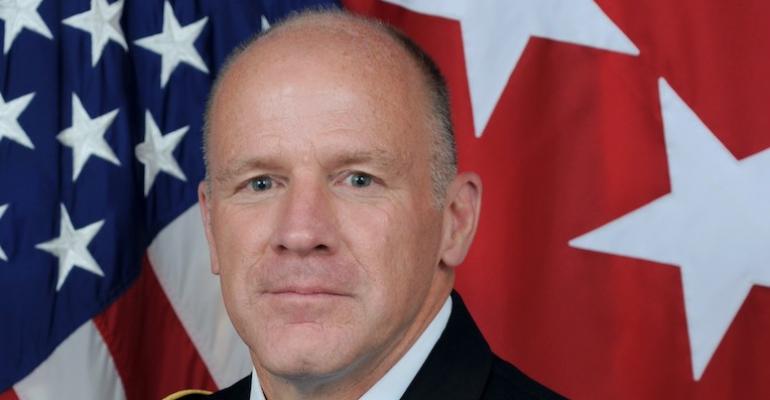 The US has a new ‘Ports Czar’, officially Port and Supply Chain Envoy in the US Department of Transportation with Stephen Lyons, US Army General (Retired), succeeding John Porcari.

Though Porcari’s departure was known since mid-March, the switch represents a formalising of the Port Envoy  mission, which initially focused on bringing disparate elements together for conversations.. Porcari, who had previously held positions in the US DOT, had been well regarded in the port and transport community- and notably creating well-attended virtual dialoguing sessions among diverse interests including truckers, terminals, and cargo shippers. His efforts have included work on streamlining of supply chain data, this is a different data effort from a parallel effort underway at the Federal Maritime Commission (FMC).

The switch also represents a move of the Port Envoy into the Biden administration’s broader “Infrastructure” apparatus. In the joint agency press release, they say: “in the long term, the implementation of the President’s Bipartisan Infrastructure Law will finally make the investments needed in our ports, railways, highways, and other modes of transportation to improve our supply chain infrastructure. In May, US DOT announced the most annual funding from DOT’s Port Infrastructure Development Program (PIDP) in Departmental history and earlier this year announced the most funding for Marine Highways in American history.”

The PIDP is administered through the US Maritime Administation (MARAD, part of US DOT); for the present budget fiscal year, the Infrastructure and Jobs Act/Bipartisan Infrastructure Law included an  appropriation of $450m to the PIDP. Ports had until mid-May to put in applications for grants.

General Lyons knows a thing or two about logistics. His official biography states: “General Stephen R. Lyons took command August 24, 2018, becoming the 13th commander of US Transportation Command (USTRANSCOM), one of 11 Combatant Commands in the Department of Defense. USTRANSCOM’s mission is to project and sustain military power globally in order to assure our friends and allies, deter potential adversaries, and if necessary respond to win decisively.”

Though “supply chain disruptions” still abound, the situation has improved since early 2022, when the US DOT was threatening to impose fees on containers lingering too long at terminals - dwell time fees, as Seatrade Maritime News has previously reported. According to the joint release, “Long-dwelling containers at the Port of Los Angeles and Long Beach have dropped by about 50% since the proposed fee.”

With the focus of the Port Envoy role pivoting towards an exclusive emphasis on inland infrastructure, the ocean carriers will be in the purview of the FMC- which is gaining legislative teeth. The FMC would see its role greatly expanded, under the Ocean Shipping Reform Act of 2022 (bill S. 3580), which passed the Senate in late March. According to law firm Vedder Price, “The Senate returned S. 3580 to the House of Representatives on 4 April 2022, seeking its concurrence. Passage of the measure by the House, in substantially the form in which it was received from the Senate, and signing into law by President Biden, are widely expected.”