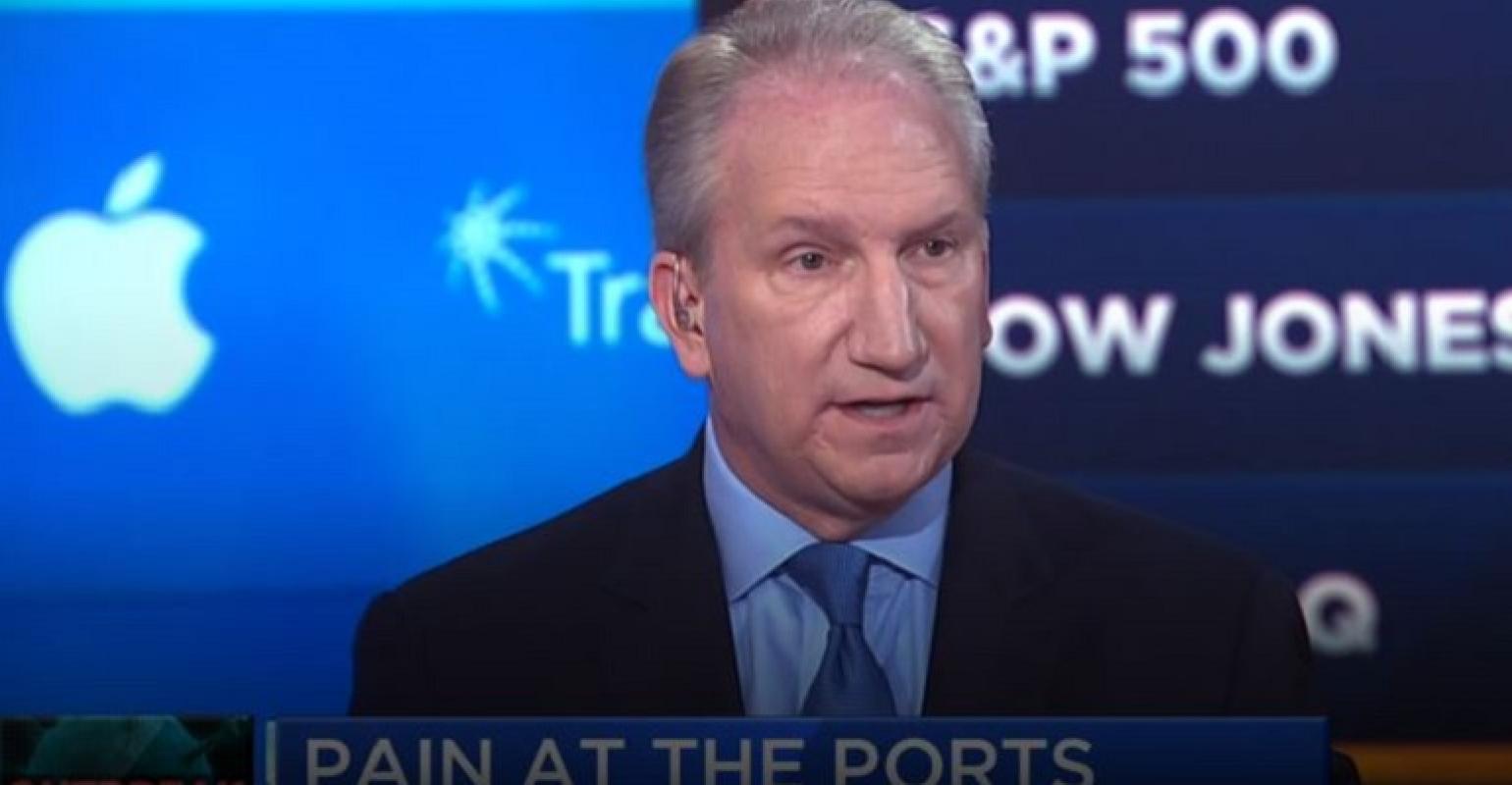 A ‘new normal’ for US ports

In the States COVID-19 has impacted maritime ports which find themselves at the intersection of the maelstrom of reduced economic activity, changes in work practices, and disrupted and rejigged supply chains.

As April was ending, six weeks after abrupt shutdowns across the country, there were glimmers of “re-opening” on the horizon, though most commentators were looking ahead to an economic rebound in 2021 with many having already discounted 2020. The liner and tanker sectors offer insights into the new normal.

On the West Coast, the twin behemoths at Los Angeles and Long Beach, sometimes abbreviated as LA/ LB, have seen dramatic reductions in throughputs as carriers have blanked sailings.

Related: US ports taking a major hit from the coronavirus

n Los Angeles, the port’s executive director Gene Seroka, pointed at a pair of bogeys, saying: “We’ve had two serious shocks to our supply chain system. First the trade war between the US and China and now the COVID-19 pandemic.  “Statistics released in early April said that the port handled 449,568 teu in March 2020, down 30.9% year-on-year and the lowest amount of monthly cargo moving through the Port since February 2009 (when trade flows were impinged  from the previous year’s financial crisis).”

In Long Beach, the port noted: “Terminal operators and dockworkers moved 517,663 teu in [March 2020], a 6.4% decline compared to March 2019” and that “Overseas health concerns over the coronavirus caused 19 cancelled sailings to the Port of Long Beach during the opening quarter of 2020, which contributed to a 6.9% decline in cargo shipments compared to the first three months of 2019.”

Related: The coronavirus and calling US ports

Interestingly, inside these statistics, Q1 outbound box trade increased year on year- explained by the late 2019 truce in the trade war, and by Asia’s lead on the timing of post virus recovery.

On the ground, a blunt view came from CAF Worldwide, a New York based forwarder specializing in the apparel business. In its Q2 forecast, its director of operations, Tory Coleman, offered predictions for the April- May- June timeframe, writing that: “Skipped sailings will continue to show their effects, with delayed cargoes and decreased capacity. It’s recommended to add at least one week to current shipment estimated arrival times.”

He also recommended to CAF clients that “goods can come from China through other regions, such as the ports of Houston, New Orleans and Baltimore,” where, with “with less wait time and congestion, goods can then be trucked to their West Coast destinations.”

Liner trades are not the only segment seeing disruptions; by late April, trade press and non-shipping media alike were fixating on a buildup of tankers anchored off the coast for LA/LB tied to the filled storage tanks onshore.  The leftward leaning National Public Radio highlighted the buildup, writing in its online blog that: “The scale of oil market turbulence is on stark display along the California coast. About three dozen massive oil tankers are anchored from Los Angeles and Long Beach up to San Francisco Bay, turning into floating storage for crude oil that is in short demand because of the coronavirus.”

A similar picture can be seen below taken from Marine Traffic showing a build-up of tankers off Jones Beach about 30 miles east of New York. 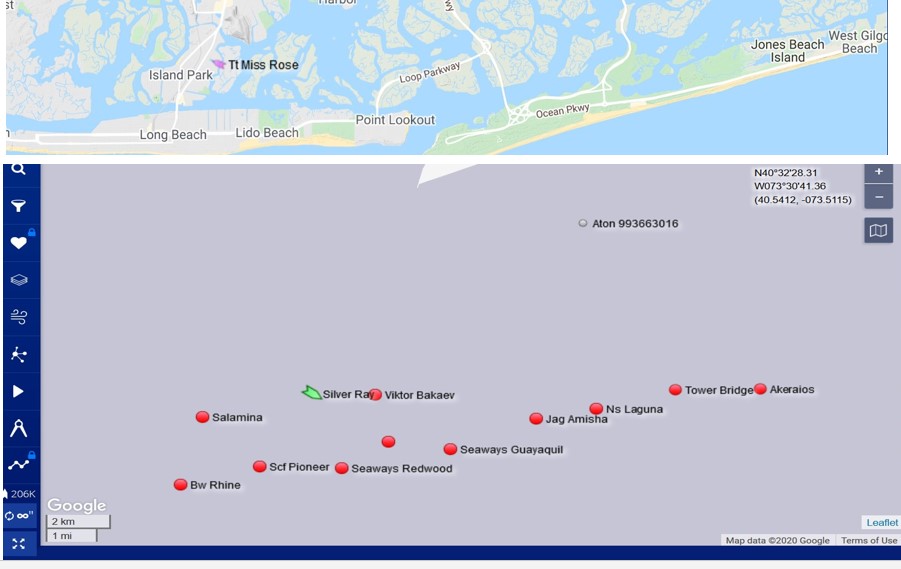 Still another aspect of the “new normal” was displaying itself in The Port of New York New Jersey, with 2020 throughput steady with 2019 (in stats through end February), but predicted to slide with increased “blanked” port calls- the skipped sailings. In a cost cutting move, a mini-drama, complete with high-level “breach of contract” legal filings, was playing out.

Maersk- operator of several services, under both the Maersk and Hamburg Sud banners, that had  been calling at the Staten Island, New York facility of Global Container Terminals, owned by a group of Private Equity/ Infrastructure investors, under a contract expiring in late 2021-  announced a prompt switch, beginning in May 2020, to facilities across the port, in Elizabeth, New Jersey, run by its terminal operating arm APM Terminals.