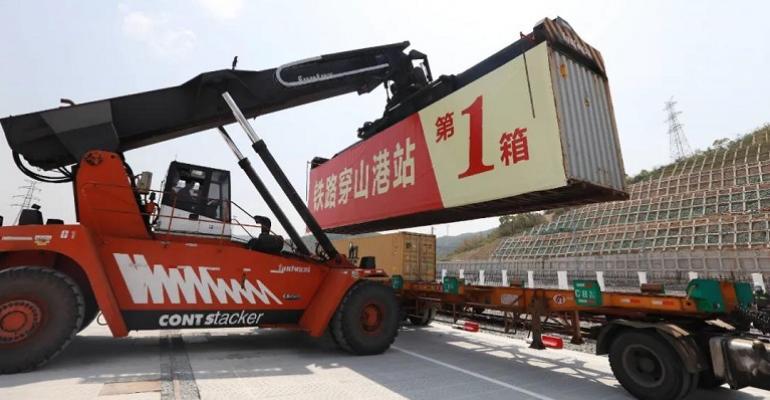 It is one of the significant projects for the promotion of the Belt and Road Initiative and will further expand local sea-rail transportation business.

The opening up of Chuanshan port rail station will make it to be the third port area of Ningbo-Zhoushan port that is capable of handling sea-railway transportation following Beilun port area and Zhenhai port area.

The terminal at Chuanshan port is jointly funded and developed by China Railway Group and Ningbo Municipal Government, and is aimed at greatly improving the sea-rail combined transportation capacity of Ningbo-Zhoushan port.