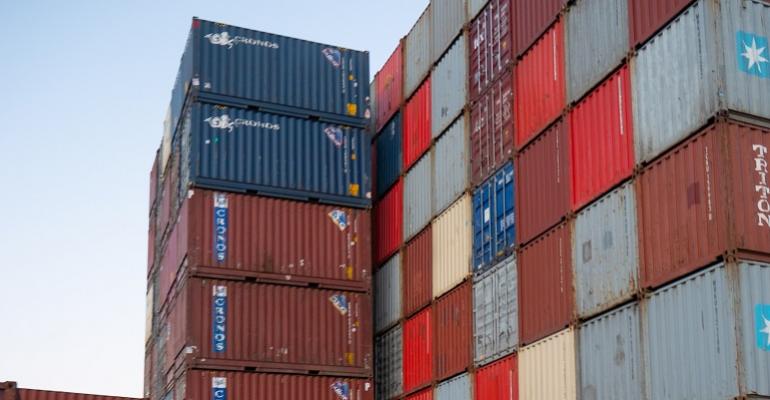 In the States, the general public has become sensitized to shipping matters as supply chain delays have rippled into both industrial and consumer sectors. The problems are multi-faceted and complex, with cargo interests, the liner operators, and the ports/ terminals at odds over causes of the problem, and potential fixes. Delays at the ports have attracted the attention of legislators in Washington, DC, and with regulators at the Federal Maritime Commission (FMC), who have been recipients of extensive complaints from the cargo side.

Most recently, a new consortium composed has come out strongly against a legislative effort driven by agricultural and other cargo movers – the Ocean Shipping Reform Act of 2021 (OSRA 2021 - designated as HR 4996), a bi-partisan bill under consideration in the US House of Representatives.

The recently formed group, which comprises Ports America and APM Terminals, as well as smaller companies and individual facilities, and maritime labour associations , but also regional maritime associations, as well as the World Shipping Council has issued a denunciation of OSRA 2021. Reflecting the wide composition of supply chain participants, they are calling for an approach that takes a wider viewpoint, what one consortium member, SSA Marine said would tackle “the multifaceted nature of congestion as a complete supply chain issue”.

The group notes that: “This bill [HR 4996] aims to address concerns about terminal congestion by reducing beneficial cargo owners (BCOs) responsibility to collect cargo from marine terminals. Before one container can come into a space, another has to be removed. When containers are unloaded from ships, they are allowed a period of “free time” on the terminal. However, when containers are not picked up within the agreed-upon time, the Beneficial Cargo Owners (BCOs) are charged. These charges—demurrage and detention—are critical incentives for BCOs to pick up cargo.”

They add that: “The legislation would undermine the demurrage and detention charges BCOs and importers would be required to pay, which as a result, would encourage these organizations to store containers on the terminal, further clogging ports and impacting the ability to keep freight moving. Without these charges incentivizing retailers and importers to pick up cargo, the supply chain would suffer additional setbacks from delays in inbound shipments and exports.”

Tne example that is illustrative of the complexity surrounding supply chain issues, and well-intentioned efforts to reduce the landside delays, and therefore vessel queues, concerns extending the working hours at terminals; during the past week, the ports of LA/LB, with a combined 2021 expected throughput of roughly 19 million teu, both announced experimental programmes for keeping their gates open during night-time hours.

The group here notes: “Extending working hours to increase capacity at terminals has been discussed but is ill-advised. For a 24/7 operation model to be effective, other transport groups, including truckers and warehouse operators, would also need to commit to working those hours. Numerous sources cite the lack of available truck drivers needed to handle the current volumes of freight.”

But the focus of the newly formed consortium is on arranging for boxes to be picked up at the terminals.  Referring to analytics from noted economists Martin and Associates, they say: “This data indicates that container volume is still rising, warehouse space is at capacity, and BCOs are not removing their cargo from terminals. Disincentivizing import cargo from being picked up from terminals, as the legislation would do, would increase container dwell time and congestion without enhancing proper resources, such as space, or labour to handle shipments.”