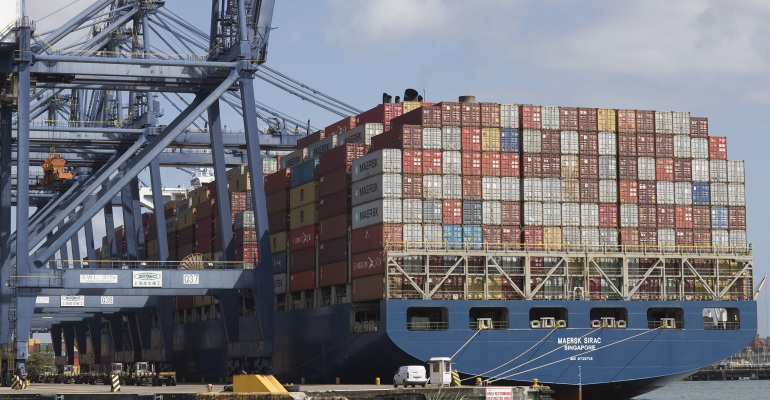 Panama Maritime Authority (AMP) authorised the automatic renewal of a 25-year concession to Panama Ports Company (PPC) on June 23, despite some resistance.

PPC is a subsidiary of Hutchison Ports Holdings and administers the ports of Balboa on the Pacific side and Cristobal on the Panama Canal Atlantic entrance.

Several economic sectors called for a review of the conditions of the contract with PPC prior to the renewal.

According to a government statement, PPC will make a payment of $130m in dividends, plus $20m for Social Responsibility and $14,464,491.35 in concept of tariffs (movement of containers and wharfage) totalling $164,464,491.35 “which represents the largest amount managed and received from any past administration during the term of this contract,” said the statement. However, it is not specified whether payment of dividends are advanced and up to which year.

It also indicated that, in this second term, the company must pay to the State as dividends a minimum of $7m annually, "which will be formalised through the signing of a shareholders' agreement and the rates for container movement of all container terminals in Panama will be revised and updated, which will be effective as of 2022". Currently, all port operators pay the State $12 per container movement.

Projections of income from tariffs and dividends from the contract, income to the State is estimated at more than $800m over the next 25 years, said the AMP. According to a previous agreement with the company, the payment per container movement may be increased up to $19.

One of the clauses of the law dated January 5, 1997 states that the PPC could have automatic renewal of the contract through which the State granted the concession to develop and operate the ports of Balboa and Cristobal, as long as it complied with the agreed terms.

The AMP’s decision to renew the contract was made after the analysis of the compliance audit reports of the Comptroller General's Office and the AMP’s General Directorate of Ports and Auxiliary Maritime Industries, and a review and analysis of the income projections to the State.

The AMP’s board members "unanimously" recognised the fulfilment of the basic conditions of the contract, and authorised the AMP administrator Noriel Arauz to certify the validity of the second period of the concession contract, said the AMP.